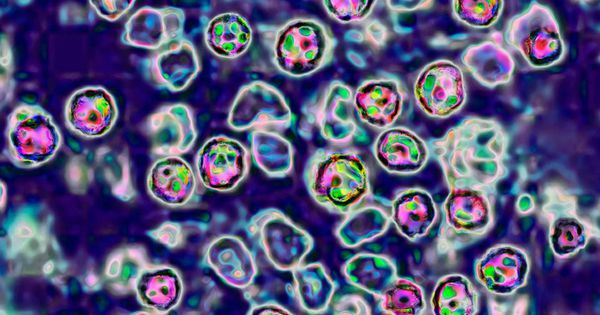 This is what happens when you tell people to not get the measles vaccine without providing a viable alternative.

In just the first 6 months of 2018, the World Health Organization (WHO) European Region had over 41,000 measles cases, which has already made 2018 the worst year for measles in the decade by far. The previous high was 23,927 for all of 2017. During the first 6 months of 2018, at least 37 people in Europe have died from the disease. Expect these number to be higher by the time we get to the end of the year.

Measles is up in the U.S. this year as well. As of November 3, 2018, the number of cases reported to the Centers for Disease Prevention and Control (CDC) had reached 220, which already exceeds the 120 from all of last year and the 86 from 2016. These cases have appeared in 26 different states along with the District of Columbia. There have been 15 measles outbreaks in the U.S. so far, with an outbreak being 3 or more measles cases that are connected to each other.

Don’t expect the number stay at 220 for long. For example, Olivia Rizzo has reported for NJ.com that the number affected by a measles outbreak in Ocean County, NJ, has increased to 15 as of Friday. Here is a CBS Philly report on the outbreak from a week ago:

My how things have changed since measles was practically non-existent in the U.S. in 2000. As the CDC states, the majority of people who have gotten measles did not get the vaccine.

Here’s why your decision to get the vaccine is not just a matter of “personal choice.” You are part of the herd of people around you. Measles viruses can continue to spread among a herd as long as they can keep finding new members of the herd to infect.

And who are those members who can be infected? Those who are not vaccinated and have no immunity to the measles. Besides actually getting the measles, which brings risks of serious complications like pneumonia and inflammation of the brain, getting vaccinated is the only science-backed way to generate this immunity.  One dose of the measles-mumps-rubella (MMR) is about 93% effective in preventing a measles infection and two doses being about 97% effective. Indeed, as the WHO indicates, from 2000 to 2016, increasing the number of kids worldwide who got their first dose of measles vaccine from 72% to 85% helped decrease measles deaths by 84% to 89,780.

However, 93 to 97% is not 100%, as nothing in life is certain except for death and taxes. Taxes for most people, that is. So even if you got vaccinated, you could still benefit from the extra protection offered when everyone else in the herd is vaccinated.

Plus, not everyone in the herd can get the measles vaccine, like those who have life-threatening allergies to the vaccines or weakened immune systems. Those with weakened immune systems include those who are younger than 6 months old, are older adults, have immunological disorders like AIDS, and are getting medications to suppress their immune system like chemotherapy. For example, follow the Twitter thread of this mother:

Dear parents of children who do not have cancer: a casual measles exposure in a grocery store caused the following things to happen when my child was in chemotherapy:

This young girl didn’t have a “personal choice” in the matter. The measles virus was circulating because not enough people around her got vaccinated.

For measles, the magic number is 95%, which is the critical immunization threshold. When vaccination coverage falls below this number, the measles virus can spread much more freely because there is enough of a supply of unprotected people to keep circulating.

How do you calculate this threshold? The percentage is based on the basic reproduction rate of the virus, represented by the symbol R0. This is the average number of new cases that one infected person will generate in a population of people who have no immunity to the virus. For example, the R0 for measles ranges from 11 to 20, meaning that one infectious person on average can infect from 11 to 20 other people who are not immune to the virus. This R0 shows how contagious the measles virus is.

The following mathematical formula uses the R0 to calculate the critical immunization threshold:

Remember that the 95% applies to the people around you, in your herd, and not just the general population. For example, if over 95% of your country is vaccinated, but all of that 5% who didn’t get vaccinated lives in your town, then you are out of luck. You won’t have enough herd immunity around you to keep the virus from spreading. That’s why we are seeing measles outbreaks in communities and schools that do not have enough people getting vaccinated.

If you don’t want to get vaccinated, you have to realize that it is not just about you. Your decision is affecting and potentially hurting others. Because, if you haven’t heard, you are part of a herd whether you like it or not.