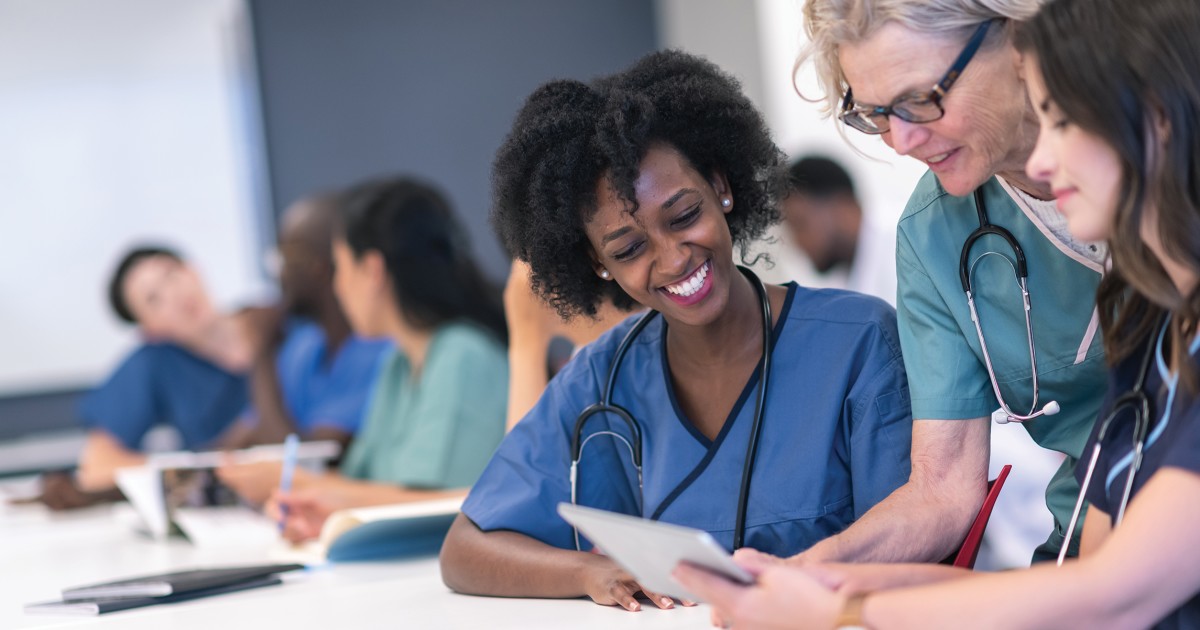 The nation is facing a nursing shortage that will grow unless schools get government help to maintain faculty.

Nursing schools across the United States had to turn away 75,029 qualified applicants in 2018 due to a lack of faculty to teach bachelor’s and graduate-level nursing programs, according to the American Association of Colleges of Nursing.

Meanwhile, researchers estimate that about 1 million nurses will retire from the workforce by 2030, leaving a considerable gap in the number of younger professionals ready to take their place.

“We don’t have a problem with recruitment into the nursing profession; we have a lack of qualified nursing faculty,” said Dr. Rebekah Fox, a Purdue University communications professor who focuses on the nursing shortage.

Despite a growing demand for advanced nursing education programs, Fox said most nursing schools couldn’t support a large enough faculty to teach them.

Without high-quality training programs, young nurses are less likely to find out ahead of time whether the job is right for them. Shifts can be long, stressful, and tiring, so the profession has a high burnout rate. Healthcare is also a continually evolving industry that requires all hospital staff to keep up to date with the latest computer programs and electronic hospital records systems.

“Nurses are being asked to integrate a lot of new tech and new practices on the job, which is already stressful,” Fox said. “There’s some kind of fracture occurring in nurses’ thinking — what they’re getting into and what it actually ends up being.”

The federal government has tried to improve nursing education to boost retention rates in the nursing field, specifically through Nursing Workforce Development Programs under Title VIII of the Public Health Service Act. Some of the programs include awarding grants to nursing students in graduate programs and canceling up to 85% of nursing student loans in exchange for a three-year commitment to teaching.

A bill to reauthorize the programs passed the House in October 2019 but still needs full Senate approval. Ohio congressman Dave Joyce, whose wife is a nurse, drafted the bill. He hopes it will pour enough resources into nursing school programs so that schools no longer turn qualified applicants away because they don’t have enough faculty to teach.

“If someone who is the first generation in their family to go to college or to seek a higher degree, but they get rejected, not because of their qualifications, but simply because the program is broke, that’s going to discourage a ton of people,” Joyce told the Washington Examiner.

The Title VIII Nursing Workforce Reauthorization Act would allocate more than $ 230 million in funding for nursing education programs over four years, including $ 90,620,000 for loan repayment and scholarship programs every year until 2024.

Loan repayment amounts can be prohibitive for nurses, regardless of whether they attend private or public schools. Registered nurses can usually count on a decent salary, $ 74,000 per year on average, but most nurses in public and private graduate-level programs have to borrow between $ 40,000 and $ 100,000.

It isn’t enough to create a “sense of urgency” when discussing a worsening nursing shortage, Joyce said, which is why it’s essential to include financing and loan repayment programs for nurses, even if they ultimately decide not to become educators.

The application rate for nursing school increased by more than 80% between 1980 and 2008. Still, the U.S. Registered Nurse Workforce Report Card and Shortage Forecast predicted a shortage of 510,394 nurses by 2030.