You’ve heard of being ghosted, noticed gaslighting, and even breadcrumbing, but have you heard of the newest dating trend? You might be getting cloaked, and you’ve probably noticed it.

Much like being ghosted, in with you speak with someone — often online — for long periods of time and then they suddenly just… disappear, being cloaked means that they go one step further. Not only do they stop responding, they also block you on all possible forms of communication. Texts? They won’t go through. Try to find their profile on social media? No longer.

Once you’ve been cloaked, not only are they virtually gone, they’ve also hidden themselves from you so you have no further ways of getting in touch with them. 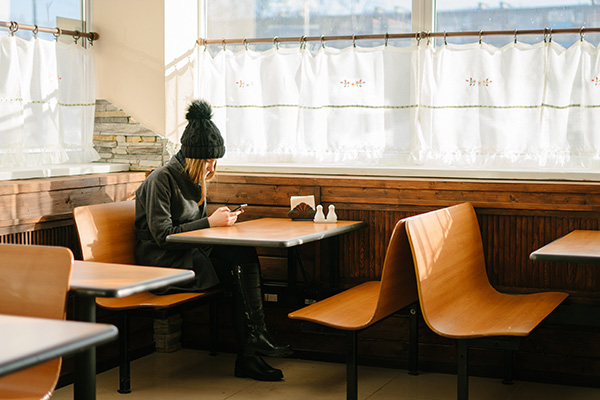 The terms was coined by Mashable’s Rachel Thompson, when she posted a video about an extra awful Hinge date she recently had. They two met on the app, hit it off, he seemed like the perfect guy, she notes. They made plans for a pasta dinner date night, decided to take things off the app and chatted via WhatsApp, making plans on the day of the date.

Then, as she approaches the restaurant and messages him to know she’s there, he’s all of a sudden unresponsive. Unresponsive on WhatsApp, she’s unable to message him on iMessage, and here’s the kicker: he’s disappeared from her list of matches in Hinge.

For this, there can only be one explanation. He unmatched and blocked… everywhere.

Much like Harry Potter’s cloak of invisibility, this seemingly perfect date had all of a sudden vanished into thin air, and made himself impossible to find.

And among the many dating trends that we’ve been oh-so-unfortunate to live through, this one might just take the care for most cruel. While ghosting and haunting (when you stop seeing each other, but they continue to peek on your social media) are horrible in their own ways, blocking all communication is a new level of rude.