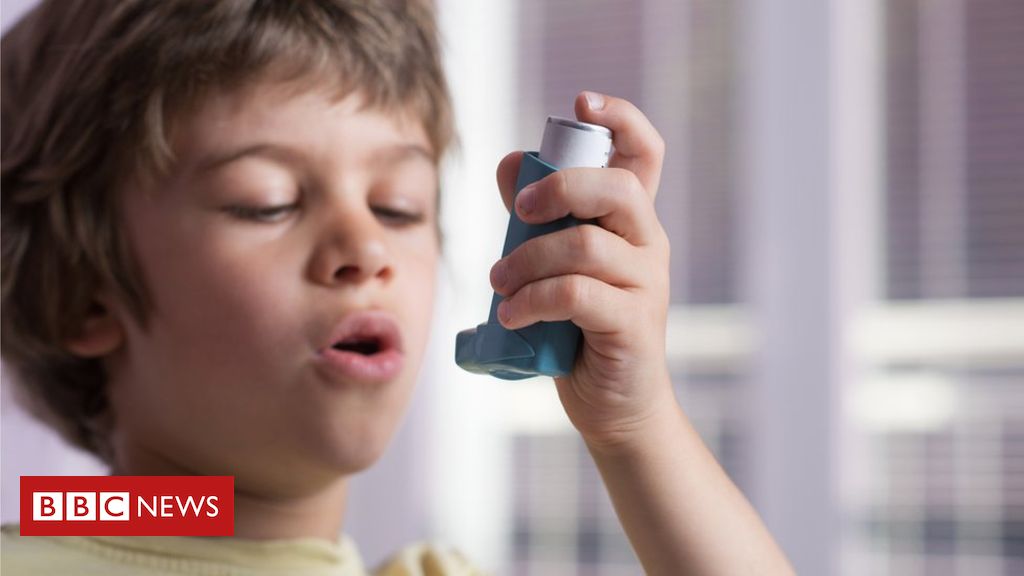 Boys with asthma are twice as likely as girls to visit their GP with worsening symptoms during the first weeks of the new school year, research suggests.

It found a tripling of appointments related to “back to school” asthma in England.

Being exposed to new viruses at school and a relaxed use of inhalers over the holidays could be factors, experts say.

Asthma could turn into “a ticking time bomb” during the summer holidays, Asthma UK said.

In recent years, there has been a sharp rise in school-age children with asthma being admitted to hospital in September, around the start of the autumn term.

These increases, called the “back to school” effect, were also found in Scotland and Wales.

“Back to school asthma” is thought to account for up to a quarter of serious bouts of asthma in many northern hemisphere countries.

This Public Health England analysis, based on data from hospitals and GPs surgeries in England from 2012-16, also found evidence of the effect in pre-school children, as well as in five- to 14-year-olds.

Compared with the summer holidays, doctors’ appointments related to asthma were two to three times higher in the weeks after school began.

And this was particularly marked in boys, according to the research, in the Journal of Epidemiology & Community Health, although it is not clear why.

There were no post-summer peaks in children over 15, when girls were more likely than boys to seek treatment.

The researchers said there could be many reasons for the “back to school” effect.

He also suggested the role of fungal spores could be an area for future research to investigate.

Dr Andy Whittamore, clinical lead for Asthma UK and a practising GP, said: “While boys are more likely to get asthma than girls, it is still shocking that boys with the condition are twice as likely to need GP treatment than girls.

“In fact, all children with asthma are at risk during the summer holidays, when their asthma can turn into a ticking time bomb.

“Many fall out of the routine of taking their daily asthma medication during the summer and this, combined with an abundance of cold and flu in the autumn, which are known asthma triggers, puts them at a higher risk of having a life-threatening asthma attack when they go back to school,” he said.

Dr Whittamore said parents should ensure their child used their preventer (brown) inhaler every day as prescribed over the summer holidays.

This helps calm the inflammation in their airways and prevents them having an asthma attack if they come into contact with one of their triggers.

“If your child is using their reliever inhaler (usually blue) three or more times a week, coughing or wheezing at night or feeling out of breath and struggling to keep up with their friends, book an urgent appointment with their GP,” he added.