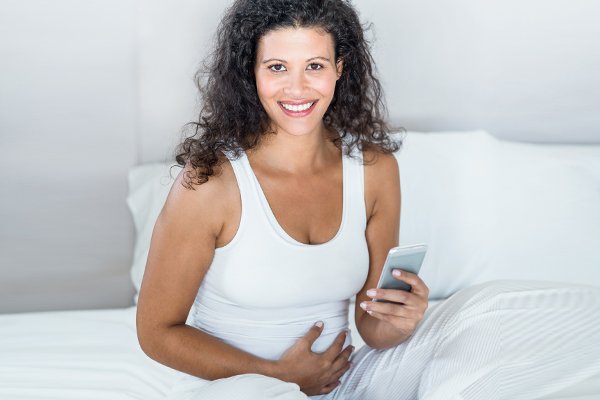 We’ve come a long way.  Prior to the 1980s, most new mothers had never heard of postpartum depression.  Over the last few decades we have made considerable progress in educating women about their risk for psychiatric illness during this vulnerable time, and women now have a much more sophisticated understanding of depression as a real, but treatable, illness.

ACOG and other professional organizations recommend using validated screening tools to assess for depression in this population.  Typically these are questionnaires administered in the office using pencil and paper, or perhaps a tablet given to the patient at the time of the visit.

But it might be possible to use other methods to engage and evaluate this patient population.  Given that the vast majority of Americans now own a cellphone of some kind, and that 81% own a smartphone, using some sort of mobile app to screen for perinatal depression seems like a no brainer.

But does it work?  In a recent study published in the Annals of Family Medicine,  researchers piloted a mobile app called HealthyMoms in two obstetric clinics in the Bronx. The app screens for perinatal depression, substance use, and social determinants of health (SDH) and also provides educational information on pregnancy, fetal development, and wellness.  In addition, users may take part in a bidirectional chat feature.

Eligible women (pregnant, less than 26 weeks gestation) were identified through daily OB appointment rosters, and a care manager contacted the patient in person at the clinic or by telephone. Women who were interested and consented were enrolled into the study and were provided instructions on downloading and using the app. They were notified during each trimester and twice during the postpartum period and instructed to complete the questionnaires.  Women who screened positive for depression or substance use were referred for telephonic evaluation by the team mental health clinicians who provided information about their symptoms and described treatment options.

This was a small study, with a target enrollment of 100 women; 75% of the women who were approached agreed to enroll. Of the patients enrolled, 77% were active in the app. Fifty-four percent completed PHQ-8 depression screening, and 10% of those screened positive with a score of 10 or greater.

Although the researchers were pleasantly surprised by the rate of engagement (54%), this level of participation in screening is far below what we would hope to see.  Furthermore, it is unclear from this report how many women completed screening at all time points. I would suspect that engagement is highest after installing the app (during the first trimester when the prevalence of depression is lower) and that women may lose interest in the app and what it has to offer as they progress through pregnancy and into the postpartum period.  If this is the case, the app might miss women who develop depression later in pregnancy or during the postpartum period.

We are hopeful about the possibility of using mobile apps to engage women at risk for depression or anxiety during pregnancy and the postpartum period, and at the Center for Women’s Mental Health, we are using a mobile app — the MGH Perinatal Depression Scale (MGHPDS) — not only to identify women with psychiatric illness, but to predict which women are at highest risk for perinatal mood and anxiety disorders.  Ultimately we hope this and similar mobile apps can help to identify women in need of treatment and may facilitate appropriate referrals.