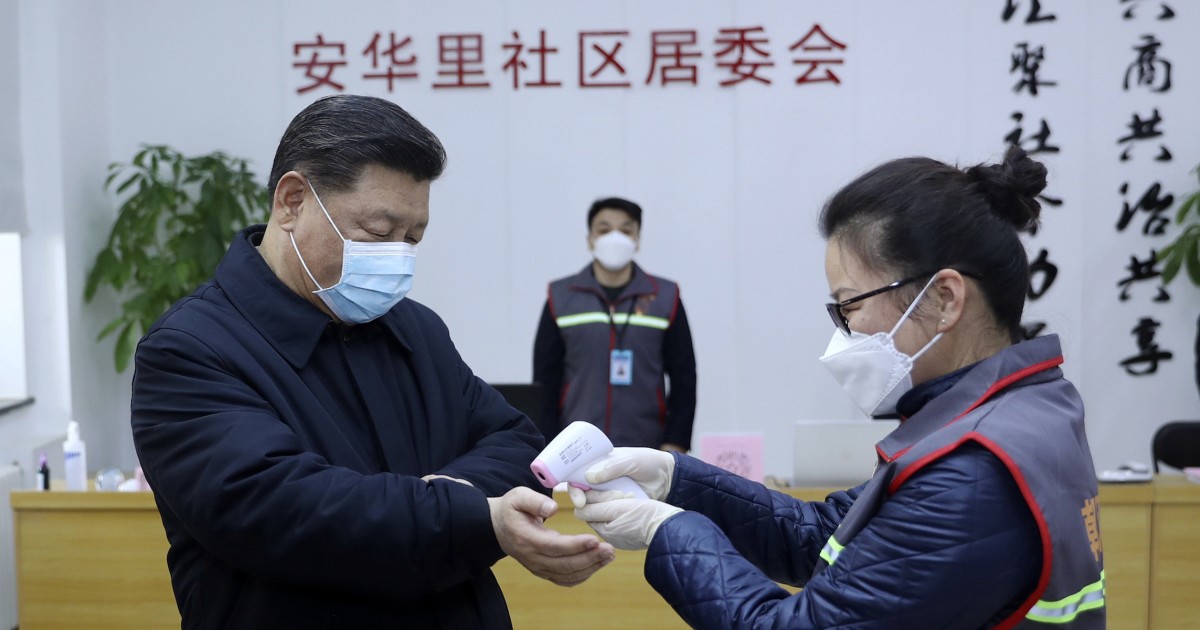 Chinese communist officials should expect the coronavirus outbreak to get worse before it gets better, according to the Communist Party general secretary.

“We have to be clear that the peak of the outbreak has not yet been reached,” Xi Jinping, chairman of the government, told his top party lieutenants on Friday.

Xi sounded that cautionary note as other Chinese officials projected confidence and tried to assure other governments that the crisis soon will be over. The outbreak has harmed China’s economy over the last month, as foreign and domestic companies have slowed down or halted operations in an attempt to curtail the fast-spreading virus.

“Priority should be given to ensure leading companies that are important in the global supply chain restore production and supply, maintaining the stability of the supply chain,” Xi said, according to state-run media. “It is necessary to help key export enterprises resume work and production as soon as possible.”

Chinese authorities imposed a quarantine on Wuhan and other cities in Hubei province, where the outbreak originated, leaving millions of people under surveillance and other restrictions. The coronavirus, which reportedly has infected more than 75,000 people in China, has delivered economic blows to the global auto industry as foreign companies run short of parts made on the mainland.

Yet Chinese officials also have accused the United States of overreacting to the crisis, which diplomats maintain will soon be resolved.

“We can win a complete victory over this virus,” Zhang Hanhui, the Chinese ambassador to Russia, told lawmakers in Moscow this week. “Outside of Hubei, in other regions, we can win this victory already this month … And in the center of the epidemic, the disease will be liquidated next month.”

Xi emphasized that the crisis in Hubei province remains “grave and complicated.”

“The measures adopted to contain the outbreak should vary just as the situation in each place varies,” he said.

The ambassador’s comments are part of a broad effort by Chinese diplomats to reassure neighboring countries and soften economic blows caused by the outbreak.

“The Chinese economy is well-positioned to overcome all risks and challenges,” Chinese Foreign Minister Wang Yi told European leaders last week in Munich. “We are confident that China will emerge stronger from the epidemic as pent-up consumer demand and growth potential will be quickly unleashed.”