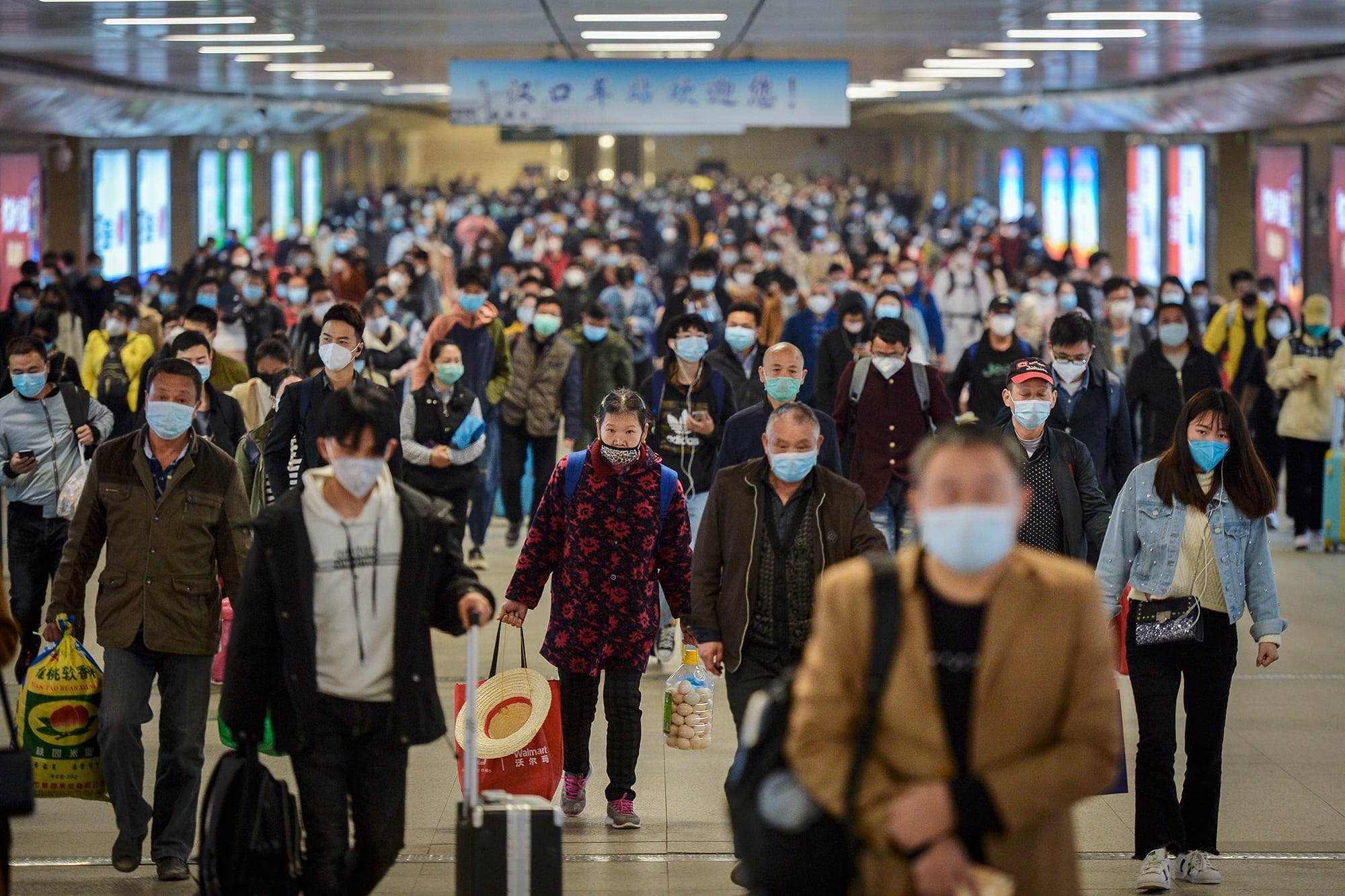 This is CNBC’s live blog covering all the latest news on the coronavirus outbreak. This blog will be updated throughout the day as the news breaks.

The data above was compiled by Johns Hopkins University as of 7:46 a.m. Beijing time.

All times below are in Beijing time.

Australia’s efforts to contain the coronavirus are expected to cost the economy 4 billion Australian dollars ($ 2.6 billion) a week, according to excerpts of Treasurer Josh Frydenberg’s prepared remarks reported by Reuters. Frydenberg is scheduled to speak at the National Press Club of Australia later Tuesday.

Like many other countries, Australia has implemented movement restrictions and distancing measures to limit the spread of the coronavirus. But those protocols have dampened economic activity.

Australia has reported 6,825 confirmed cases and 95 deaths from Covid-19, as of Monday. —Christine Wang

China’s National Health Commission said there was one new confirmed case of infection and attributed it to a traveler from overseas. No new deaths were reported but there were 15 asymptomatic cases.

Travelers walk to the exit of the Hankou Railway Station in Wuhan in central China’s Hubei province Wednesday, April 08, 2020, after 76 days of lockdown of the city due to Covid-19.

More than 251,000 people around the world have died from Covid-19, the disease caused by the coronavirus, according to data from Johns Hopkins University.

The virus was first reported in China’s Hubei province late last year and has rapidly spread around the world since then, infecting more than 3.5 million people.

The United States has the highest number of cases — over 1.17 million people have been affected and more than 68,000 have died.

Countries like Spain, Italy, the United Kingdom, France and Germany are also among some of the worst-affected nations. — Saheli Roy Choudhury

All times below are in Eastern time.

7:02 pm: New projection shows about 135,000 US deaths from Covid-19 by August with lockdown measures being lifted

The Institute for Health Metrics and Evaluation (IHME) estimates nearly 135,000 coronavirus deaths in the US through the beginning of August, citing the easing of lockdown orders as the main driver of the new number, Reuters reports.

People receive protective masks and bandannas as they are handed out in Prospect Park as face coverings become mandatory in many establishments on May 03, 2020 in the Brooklyn borough of New York City.

The new projections reflect reopening measures underway across the country and the increase of social contact between people that will increase transmission, the IHME said, according to Reuters.

5:12 pm: Economists say the way out of the recession depends on the level of consumer fear

Economists are looking for new ways to measure a rebound from a deep recession, suggesting that the recovery will depend on individual psychology, overall consumer confidence, and also whether the government was successful enough in filling the income gap for the workers who lost their jobs.

“It’s much more behavioral. It’s not just driven by incomes. It’s driven by fear,” said Diane Swonk, chief economist at Grant Thornton. Economists have been looking to China as an example, since the disease started there. “Even a month after they reopened in Wuhan, people are still worried about going to public places and malls.” — Patti Domm