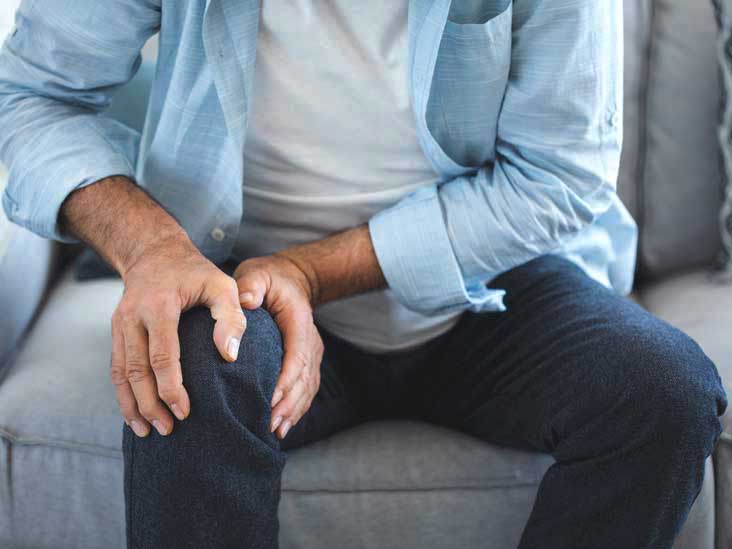 Glucosamine is a popular dietary supplement used to treat osteoarthritis.

Osteoarthritis is a degenerative disease caused by insufficient regeneration of cartilage in joints, most often in the knees and hips.

It gets worse over time and causes joint pain, difficulties walking and disability.

There is no known cure, but there are a few ways to potentially slow the process. Many people try to stave off osteoarthritis by taking glucosamine supplements.

But do they really work? This article takes a look at the evidence.

Glucosamine is a natural amino sugar produced by your body. It is also a dietary supplement marketed as an alternative treatment for osteoarthritis.

The highest natural concentration of glucosamine is in joints and cartilage where it makes up the structure of glycosaminoglycans, compounds essential for joint health (1).

Supplements are normally processed from crustacean shells or produced by the bacterial fermentation of grains (2).

They are widely available and sold in the form of tablets, capsules, soft gels or drink mixes. There are two main types: glucosamine sulfate and glucosamine hydrochloride.

The supplements may also work by reducing inflammation, which is one of the main causes of joint cartilage breakdown in osteoarthritis patients (6).

However, the effectiveness of these supplements is debated.

Summary: Glucosamine is a dietary supplement often used to treat osteoarthritis. Scientists are not entirely sure how it works, but studies suggest it may reduce cartilage breakdown.

Glucosamine is one of the world’s most popular supplements. It’s also among the most controversial.

Here is the research about how it affects the two common types of arthritis.

While many studies conclude that glucosamine has no benefits for osteoarthritis, others indicate that it may relieve joint pain and other symptoms over time.

This especially applies to glucosamine sulfate salts, a formulation patented by the pharmaceutical company Rottapharm.

One controlled study in 318 adults with osteoarthritis found that taking 1,500 mg of the “Rotta formulation” daily for half a year reduced pain and improved function more than a placebo.

The benefits appeared similar to a daily 3 g dose of acetaminophen — a commonly used pain reliever (7).

Another two studies, which included around 200 people, showed that taking 1,500 mg of glucosamine sulfate daily for three years improved their overall symptoms — including pain, stiffness and function — compared to a placebo (8, 9).

However, these studies were possibly industry-influenced since Rottapharm financed all three. Currently, no large, long-term, industry-independent studies on the effectiveness of glucosamine are available.

An independent analysis of several high-quality studies concluded that the “Rotta formulation” improved certain measures of pain and function more than a placebo, whereas other forms didn’t show any significant benefits (10).

That said, the benefits of taking glucosamine sulfate are small and some researchers consider them clinically irrelevant (11).

Summary: The benefits of this supplement are controversial. Some studies suggest that glucosamine sulfate may slightly improve osteoarthritis symptoms when taken for at least half a year.

Osteoarthritis should not be confused with rheumatoid arthritis, which is much less common.

Rheumatoid arthritis is an autoimmune disease in which the immune system attacks the joints. Unlike osteoarthritis, it is not caused by everyday wear and tear.

Scientists have generally assumed that glucosamine has no benefits for rheumatoid arthritis.

Nevertheless, one study in 51 adults with rheumatoid arthritis suggests otherwise. It found that taking 1,500 mg of glucosamine hydrochloride for three months improved self-assessed symptoms more than a placebo (12).

However, more studies need to confirm these findings before any solid conclusions can be made.

Summary: Limited evidence indicates that glucosamine hydrochloride may improve symptoms in people with rheumatoid arthritis. However, more studies are needed.

These supplements are widely available and easy to find.

Glucosamine sulfate appears to be more effective than glucosamine hydrochloride, so if you decide to try these supplements, your best bet is the sulfate form (13, 14).

Another factor to consider is the quality of the product you are buying. One study found that the amount of glucosamine in supplements was often lower than reported (15).

Glucosamine quality is closely monitored in most European countries where it is marketed as a pharmaceutical. In North America, it is categorized as a nutraceutical, and its production and marketing may not be as strictly controlled.

If you are buying American supplements, choose those that have a quality certification from a third-party agency. These include Informed Choice, NSF International and the US Pharmacopeial Convention (USP).

Additionally, glucosamine is often sold in combination with chondroitin sulfate, a supplement also used to reduce the symptoms of osteoarthritis.

Its effectiveness is debated, but some studies suggest it may reduce pain when used alone or in combination with glucosamine (16).

Summary: If you decide to supplement with glucosamine, choose products that contain the sulfate form and have a quality certification.

Generally, glucosamine should be taken with meals three times per day.

Salts of glucosamine sulfate or the “Rotta formulation” only need to be taken once per day. Make sure to follow the instructions on the packaging.

These supplements are considered safe and no serious side effects have been reported. Flatulence is the most common complaint.

Studies also indicate that glucosamine injections may worsen insulin sensitivity, but supplements do not seem to have the same effect (17).

Summary: Glucosamine supplements are considered safe and have no serious side effects. The standard dosage is 1,500 mg per day.

Glucosamine is a controversial supplement.

Many studies have not detected any significant benefits, while others suggest the sulfate form may reduce the symptoms of osteoarthritis and delay or slow its development.

Nevertheless, some scientists still doubt the effectiveness of glucosamine or consider its small benefits clinically irrelevant.

While glucosamine is no magic solution, others point out that supplements cannot hurt and may be better than no treatment at all.