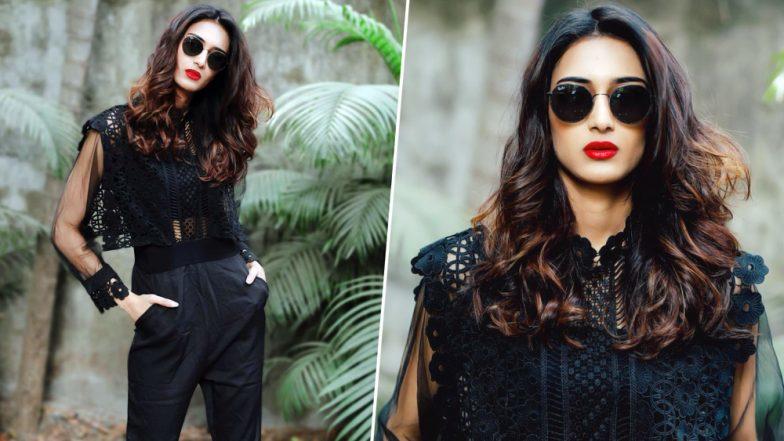 Erica Fernandes is one of the sexiest new age television actresses, who is currently seen portraying the iconic character of Prerna Sharma in Star Plus’ Kasautii Zindagii Kay 2. The actress has not only been impressing fans with her phenomenal performance in the show but also her sizzling chemistry with co-star Parth Samthaan is winning a lot of hearts. Well, just like Hina Khan, Mouni Roy, Surbhi Chandna among others, Erica too creates a trend with her looks, style, makeup and clothes. The actress, who is among the top followed actors of the industry and has a huge fan following on the photo-sharing app, treats fans with astonishing pictures quite frequently and never misses a chance of surprising her fans with her hot updates. Is Erica Fernandes Dating Kasautii Zindagii Kay 2 Co-star Parth Samthaan? Here’s the Truth

On Friday, the actress took to the photo-sharing app to share a couple of picture from her latest photoshoot and wrote, “Hop out of bed and put your sass on ! Good morning guys •” Dressed in a sexy black full-sleeved jumpsuit, Erica is spilling the right amount of sass in her latest Instagram picture. Kasautii Zindagii Kay 2 April 12, 2019 Written Update Full Episode: Komolika Succeeds in Ousting Prerna From Anurag’s Life

Speaking of dating rumours, Erica was rumoured to be dating her co-star Parth Samthaan. Yes, Erica and Parth’s off-screen camaraderie is just as good as their on-screen chemistry and this has set off rumours about them being more than just friends and love is blossoming between the two. However, refuting rumours of the link-up, Erica, in a statement to Hindustan Times, “It is news to me that such rumours are out there. But, I guess, rumours are a part and parcel of the entertainment industry.” Watch this space for further updates.