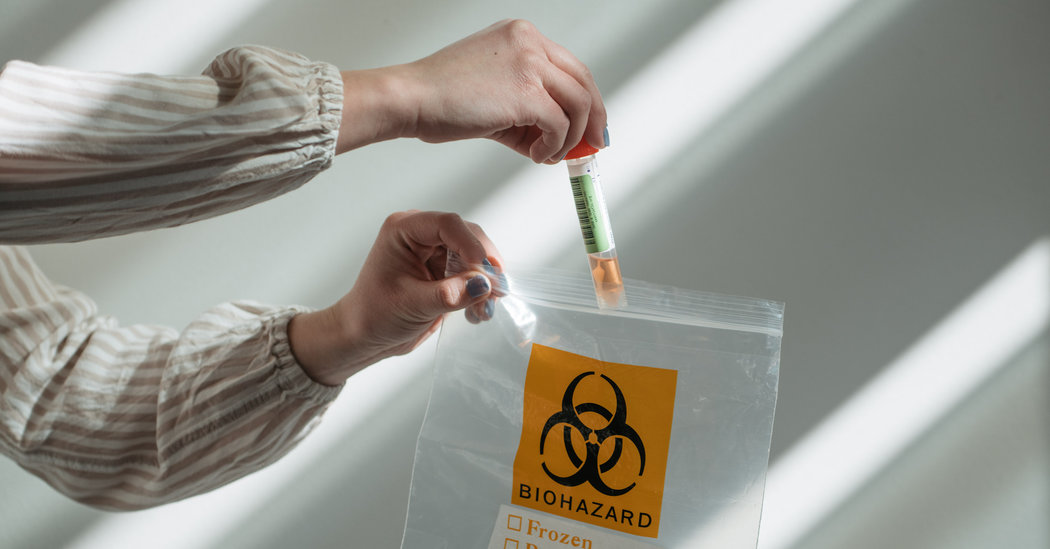 In a move that could significantly expand the nation’s testing capacity, the Food and Drug Administration has posted new guidelines that could pave the way for millions of people to test themselves for the coronavirus at home.

The guidelines allow companies to develop and market testing kits with the tools to swab their noses and mail the specimens to any lab in the country.

Efforts to contain the pandemic have been hobbled by a series of botched screening efforts. Initially, the Centers for Disease Control Prevention shipped flawed test kits to the states, and subsequent regulatory hurdles stymied the roll out of tests produced by private companies and commercial labs.

Access to tests has been improving, but nationwide testing shortages continue to hamper the ability of health authorities to identify and isolate people who are infected.

The F.D.A. said it hoped the new guidelines, posted on its site on Wednesday evening, would greatly boost the availability of tests by encouraging manufacturers to mass-produce at-home collection kits.

“We are cutting the red tape to ease and expedite the development and agency review of novel tests,” Dr. Stephen M. Hahn, the F.D.A. commissioner, said in statement.

Experts who were not involved with the project said they were optimistic about the prospects for home testing, but questioned whether the country’s commercial labs could process a deluge of self-collected samples.

The F.D.A. acted after it extensively reviewed studies determining the viability of self-collected samples that spent three days in a dry plastic tube and the accuracy of the testing method. The studies were conducted by UnitedHealth Group, one of the nation’s major insurers, with support from the Bill & Melinda Gates Foundation.

Scientists and public health experts said they hope the new guidelines will speed the production of inexpensive diagnostic kits that could be ordered online or purchased at pharmacies without a doctor’s order. The tests could be administered at the first sign of illness, with results available as quickly as 24 hours after a specimen arrived at a lab, according to those involved with the studies.

The Gates Foundation is moving to jump start those efforts. It is developing an app that could be used to order test kits, deliver lab results and assist with contact-tracing, and the foundation provided technical support to U.S. Cotton, which will be making millions of polyester swabs. The goal is to produce a kit that costs under $ 5.

Mr. Gates, the Microsoft co-founder whose philanthropy has directed $ 250 million toward fighting the coronavirus pandemic, has expressed frustration in recent weeks with the slow pace of testing in the United States.

In a statement Thursday, Mr. Gates said the new F.D.A. guidance would provide a much-needed alternative to current coronavirus testing, which requires patients to visit a clinic or hospital staffed by health workers who must frequently change protective gear that remains in short supply.

“Soon people should be able to get access to testing swabs just about anywhere and drop their samples in the mail,” Mr. Gates said. “This should make it possible for testing to be safer and more accessible for everyone, something that’s especially important for people with underlying conditions who can’t risk going out and others who might not have easy access to health care.”

The approval of the new guidelines was months in the making. It had been repeatedly delayed as agency scientists requested additional data to ensure that at-home test specimens could endure a journey through the postal system or several days in street-side collection bins awaiting pickup by Fed Ex and other courier companies.

The new testing methods are based on studies that found virus samples could be transported in a dry plastic tube and remain stable for up to three days with temperatures as high as 104 degrees Fahrenheit. Up until now, commercial labs have required swabs to be placed in tubes with a liquid transport medium, complicating the prospects for large-scale home diagnostics that relied on the Postal Service or private delivery companies.

The F.D.A. last month approved a diagnostic kit by LabCorp, but the test must be ordered by a doctor, and only LabCorp can process the specimens. The kit costs $ 119, further limiting its potential to address the country’s need for millions of tests a day.

A flurry of other diagnostics have become available in recent weeks, among them a saliva-based test being rolled out in New Jersey, and a cheek swab being used by drive-through test sites in Southern California. Scientists are working on a rapid test based on gene-editing Crispr technology. Its backers said materials for each test would cost about $ 6.

The F.D.A. last month forced two companies to withdraw at-home kits they were marketing without authorization. A number of other tests that detect whether a person had been infected with the coronavirus have been plagued by inaccurate results. On Monday, the F.D.A. announced that companies selling antibody tests must submit data proving accuracy within the next 10 days or face removal from the market.

Dr. Eric Topol, the director of the Scripps Translational Science Institute, said that inexpensive, mass produced diagnostics could help states that lack the necessary testing capacity to ease shutdowns and social-distancing guidelines, which have choked the American economy. “The only way to get our arms around this pandemic is to enable millions of people to get tested,” he said. “Home testing is really the only way to do it.”

But Dr. Topol and other experts questioned how quickly home testing could be ramped up in quantities that would enable Americans to test themselves at the first sign of illness.

Dr. Angela Rasmussen, a virologist at the Center of Infection and Immunity at Columbia’s School of Public Health, said she worried commercial labs could be overwhelmed by millions of specimens. She also wondered whether health authorities have the capacity to act on the results and do labor-intensive contact tracing, notifying people who might have been exposed to the virus and making sure they self-quarantine.

“Widespread home testing would be a game changer, but the logistics of this are going to be a huge challenge,” she said.

Increased testing in the United States has been hampered by a shortage of sterile swabs, chemical reagents needed to process samples and personal protective gear, which health workers need while swabbing a patient’s nose.

The F.D.A. has in recent weeks moved to address some obstacles. Last month, the agency provided emergency clearance for the use of foam or spun polyester swabs as an alternative to traditional medical-grade swabs. And it also approved new guidelines paving the way for tests to be self-administered with a simple twirl of swabs at the base of each nostril.

Read More:  These are the countries seeing a surge in coronavirus cases

Those guidelines, the result of separate studies by UnitedHealth Group and Dr. Yuan-Po Tu of the Everett Clinic in Washington State, will give medical providers an alternative to the intrusive nasopharyngeal probes that sometimes result in false negatives.

The deep probes, long the gold standard for diagnosing respiratory illnesses, require plentiful supplies of protective gear for medical workers. Inserting the probes in the nasal cavity can also be excruciating for patients. And the process sometimes provokes coughing, sneezing and vomiting in patients, which heightens the risks for medical workers.

“It’s really uncomfortable for patients — it feels like getting water up your nose while swimming — and to be honest, a lot of medical workers don’t do it the right way,” said Dr. Deneen Vojta, UnitedHealth’s executive vice president of research and development. “This immediately expands access to testing because we have more types of swabs to use and patients can do it themselves, which greatly reduces the risks for medical workers.”

Though the Gates Foundation has been working with American companies to mass produce affordable test kits, its ultimate goal is to ensure that poorer nations have access to widespread testing.

Dr. Dan Wattendorf, the foundation’s director of Innovative Technology Solutions, said the discovery that coronavirus samples do not need to be kept cool as they travel to a lab had the potential to revolutionize testing in poorer countries that lack temperature-controlled transport. This need has long been a challenge for public health experts seeking to contain outbreaks of diseases in countries with limited infrastructure.

Dr. Wattendorf, a geneticist who works on efforts to expand diagnostics in the developing world, said preliminary research suggested those same findings might apply to other respiratory viruses as well.

“If swab samples don’t have to be refrigerated or preserved in liquid transport media, it means that testing can reach more people living in some of the most remote and vulnerable communities in Africa and Asia,” said Dr. Wattendorf. “That ultimately benefits everyone because this virus has no respect for boundaries, social or geographic.”