The lawsuit filed against the Henry Ford Health System after their vaccination mandate, which required all employees to get vaccinated, has been dropped.

In late June, the southeastern Michigan health care provider became the first hospital in Michigan to announce that it was requiring COVID-19 vaccinations for all its employees. Workers had until September 10 to be fully vaccinated or they would be prohibited from returning to work.

More than 50 employees filed a federal lawsuit in early September seeking a temporary restraining order from the health care provider, saying that the mandate was unconstitutional and infringed on their right to reject medical treatment.

The health group did allow employees with medical and religious exemptions to avoid the mandate.

The case, however, was dropped one day after President Joe Biden announced a sweeping new federal vaccine mandate that affects 100 million Americans. 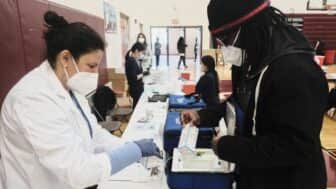 On Thursday,  Biden announced an emergency order through the U.S. Department of Labor’s Occupational Health and Safety Administration (OSHA) which requires all employers with more than 100 workers to have their staff be either fully vaccinated or test weekly for the virus.

For federal employees, contractors who do business with the government, and people employed by facilities that accept Medicare and Medicaid, vaccination is required with no test option.

“We’ve been patient,” said Biden during the address. “But our patience is wearing thin, and your refusal has cost all of us.”

He also added that the unvaccinated minority is causing “a lot of damage.”

Read More:  Harvard panel on mental health in the workplace

Some Republican leaders said that this move will push private companies and workers to legally challenge the mandate, however health law experts have said that the requirement is likely to hold up in court.

“OSHA is a federal agency that has the authority to regulate businesses, and particularly large employers, to protect workers against disease,” said Peter Jacobson, professor emeritus of health law and policy at the University of Michigan, in an interview with the Detroit Free Press. “It can mandate, for example, that workers have to wear certain safety goggles to protect against injuries, and take certain steps for injury prevention. It’s therefore, historically, well within OSHA’s purview.” 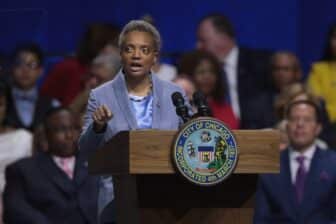 In a letter to employees — signed by Bin Riney, the health group’s COO and president of health, and Dr. Adnan Munkarah, the executive vice president and chief clinical officer of the hospital — hospital leadership said that it is committed to helping unvaccinated team members reach the requirement.

“Any team member who has not yet been vaccinated but demonstrates their commitment to getting vaccinated by receiving their first dose today or have a appointment scheduled with Employee Health can avoid suspension or voluntary resignation,” the letter read. The health service gave unvaccinated employees that missed the September 10 deadline until October 1 to receive at least one dose of the vaccine in order to return to work.

Read More:  Questions About Health You Must Know the Answers To

Have you subscribed to theGrio’s “Dear Culture” podcast? Download our newest episodes now!