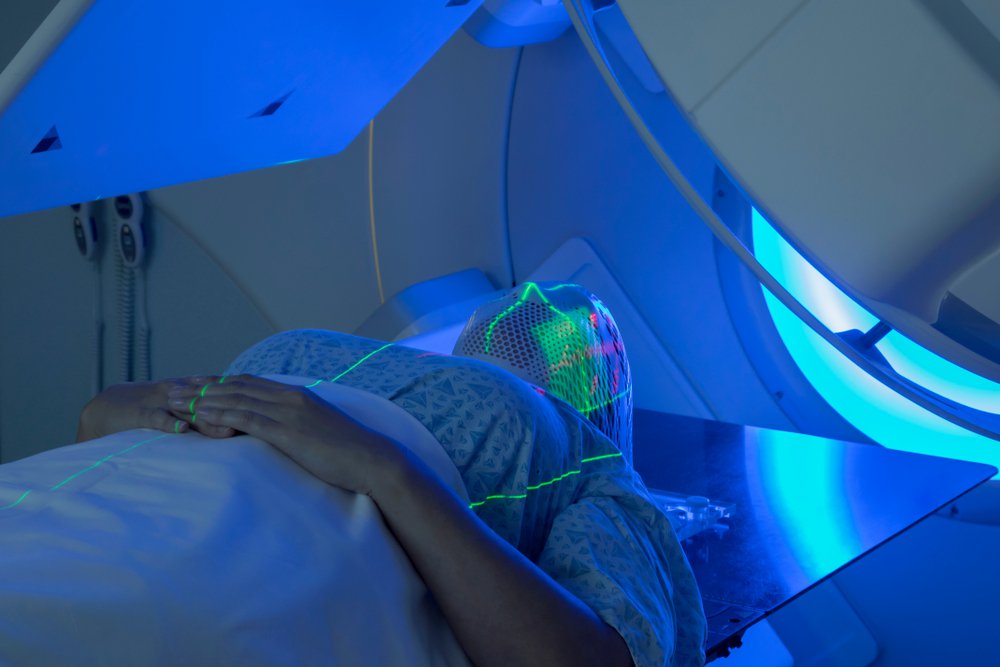 In my practice, I find that a good portion of every new patient consultation is spent explaining what radiation is, dispelling myths, and correcting misinformation that they may have heard or read about on the internet.  If I am successful and the patient is convinced that he/she will not glow in the dark or gain superpowers, that’s when I start educating patients on how radiation works to treat their cancer.  Over the years, I have had the opportunity to see patients from all walks of life with a wide range of backgrounds.  Below, I highlight a few of the ways that I have communicated this foreign concept that is radiation therapy.  Specifically, I am referring to external beam radiation therapy which is typically a daily treatment, delivered five days a week for anywhere from 2-8 weeks (depending on the disease and treatment goal).  Other types of radiation therapy such as brachytherapy (internal radiation therapy), radiosurgery, and stereotactic body radiotherapy work through different mechanisms and are not accurately represented by the following examples.

A 60-year-old woman with a stage I breast cancer comes to me after a lumpectomy and sentinel lymph node biopsy.  Her surgeon told the patient that she got it all out and that there’s no evidence of disease.  After hearing this great news, it is only natural for the patient to then come to me and ask, “Why do I need radiation therapy if the surgeon got it all out?”  I explain that even after a successful surgery, there is a risk of disease recurrence and that radiation therapy can significantly reduce that risk.  To help highlight this point, I ask the patient to imagine her cancer as a weed in the garden.  You want to remove the weed without damaging the other flowers in the garden so you take a trowel and carefully remove the weed, making sure to take as much of the roots as possible.  Even though you can’t see any rootlets, you know that even a small piece left behind can sprout another weed so you go ahead and spray weed killer on the area where the weed used to be.  The surgeon was able to remove the cancer like the gardener was about to remove the weed.  But to make sure that it doesn’t come back, we use radiation therapy to eradicate potential tiny rootlets of cancer just like a gardener will spray weed killer to make sure the weed doesn’t come back.

In my practice, a fair number of my patients are veterans from WWII, Vietnam, and Korea.  When they ask me how radiation works, I use a maritime war analogy to illustrate how radiation therapy kills cancer cells while sparing the surrounding normal non-cancer cells.  I ask them to imagine the cells in our body as ships and the inner machinery of the cell as the ship’s engine.  Cancer is a ship sailing over the ocean that only cares about moving forward as fast as it can, no matter what.  Radiation therapy works like a machine gun, punching multiple holes in the hull of the ships.  As the damaged cancer ship’s engine continues to churn at full speed, it takes on more and more water until it finally sinks.  However, a normal non-cancer ship recognizes the damage, stops its engine, patches the holes, and pumps out the water before continuing forward.  This is how normal cells respond to radiation damage; it recognizes the damage, stops what it’s doing, and works to repair the damage before proceeding on to continue its work.  Cancer cells grow rapidly because they disable the inner machinery that signals the cell to stop growing, so it doesn’t bother to repair the damage.  This analogy also illustrates another facet of radiation therapy in that while the damage to the cancer cell is immediate, it takes time for it to die, much in the same way that a ship that is taking on water takes time to sink to the bottom of the ocean.

And finally, I also have patients with a moderately strong science background who can understand some cell biology.  To these patients, I will explain that radiation therapy produces sub-lethal DNA damage to the cells within the radiation field.  Sub-lethal DNA damage refers to damage that only leads to cell death if left unrepaired.  Again, cancer cells have disabled their DNA damage repair mechanisms and will continue to grow and divide until it eventually kills itself off.  Non-cancer cells, on the other hand, halt their cellular machinery once they recognize the DNA damage and proceed to repair the damage before continuing its work.  This is a concept that radiation oncologists call the therapeutic ratio which is choosing the dose of radiation that maximizes cancer cell death while causing as little permanent damage as possible to normal non-cancer cells.

These are a few of the analogies and illustrations I have used over the years to shed light on the black box that is radiation therapy.  I would be interested to hear if these are helpful for you as either a patient or a physician, and if you’ve heard or used other illustrations that have helped you better understand radiation therapy.

Daniel H. Kim is a radiation oncologist and can be reached on Twitter @theradoncdoc.