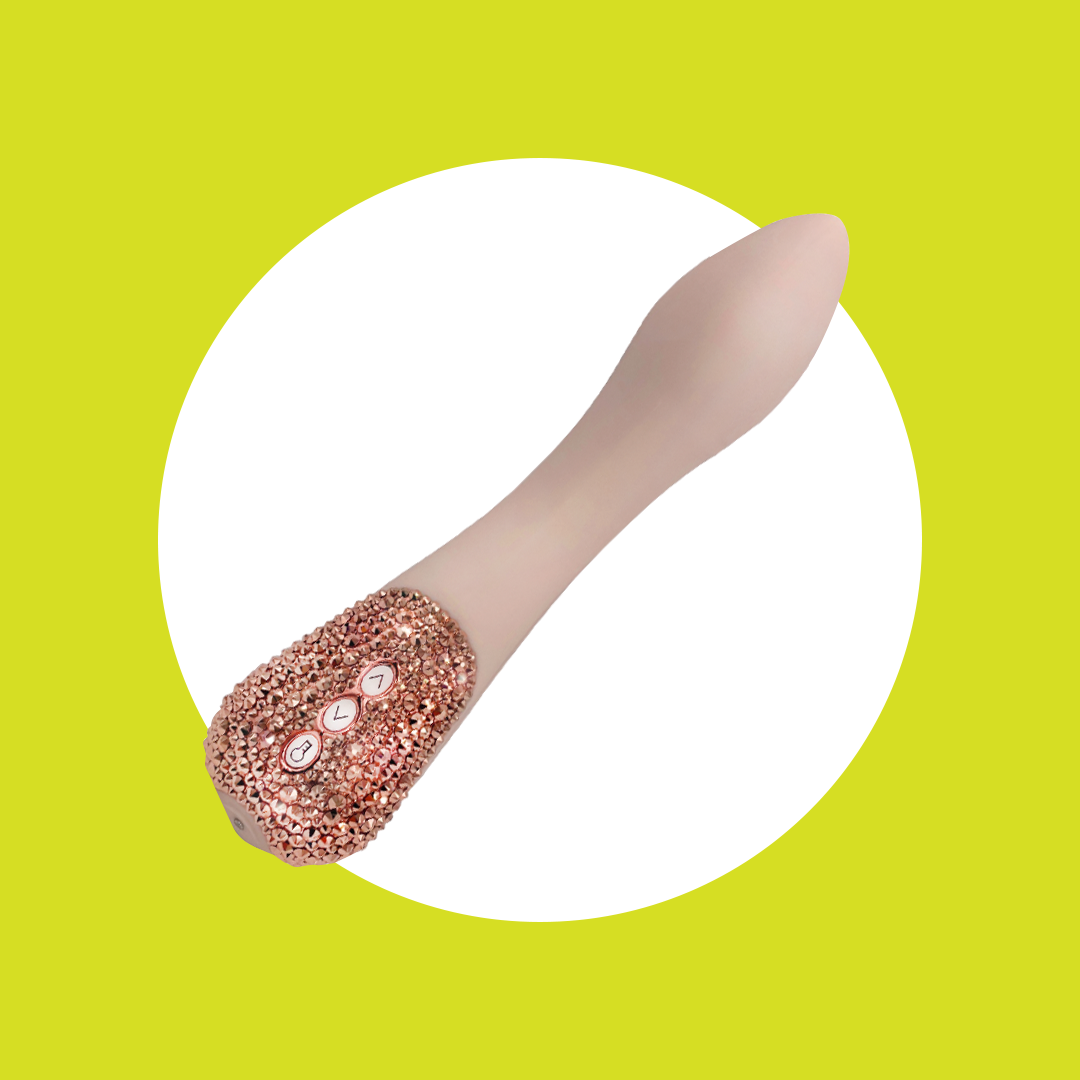 With Valentine’s Day coming up ASAP, last-minute shoppers are feelin’ that “what’s the biggest, boldest gift I can get super late in the game to overcompensate and make it seem like I planned way ahead?”-vibe. (And I say that from experience…)

While we’ve covered expensive vibes in the past (Lelo has not one, but several 24K gold-plated sex toys ranging from $ 3,000-$ 11,000), most of those are entirely plated with gold and feature… zero crystals.

The Euforia V39, however, looks straight out of your 2004-Paris-Hilton-with-a-bedazzled-Sidekick dreams. It’s covered in 425 Swarovski crystals set in matching 18-kt rose gold. The non-blinged out part is covered in premium silicone, and also has something called Caleo™ technology, which heats the toy up to a comfy, cozy 104°F.

Bougieness aside, the internal toy has twelve speeds and pulsing patterns, and is waterproof for up to 30 minutes. That’s nice and all, but it’s seriously a thousand dollars? Then again, I’ve needed a new MacBook for a year and have just been lying to myself like I can *really* use Google Docs on my phone to function, because spending that much at once just feels so… illegal?

Want to get the hottest sex positions, the wildest confessions, and the steamiest secrets right to your inbox? Sign up for our sex newsletter ASAP.

Carina Hsieh Sex & Relationships Editor Carina Hsieh lives in NYC with her French Bulldog Bao Bao — follow her on Instagram and Twitter • Candace Bushnell once called her the Samantha Jones of Tinder • She enjoys hanging out in the candle aisle of TJ Maxx and getting lost in Amazon spirals.