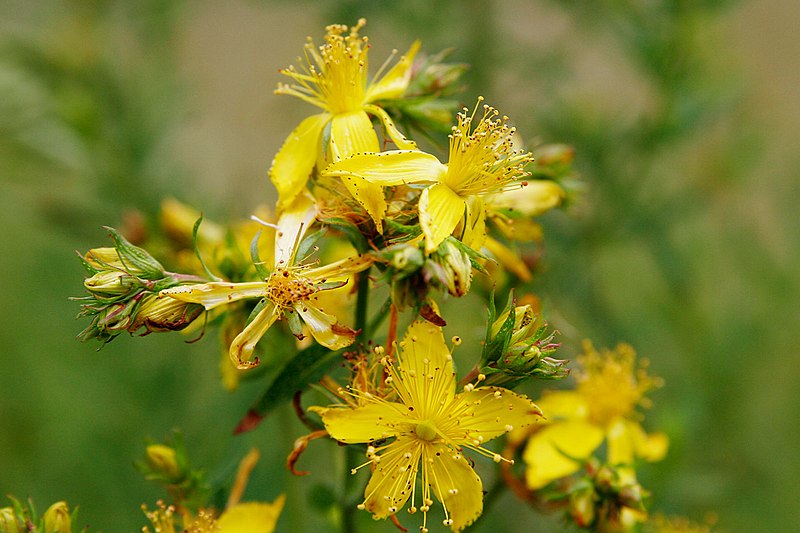 St. John’s wort (Hypericum perforatum) is an herbal preparation which has been shown, in some studies, to be effective for the treatment of mild to moderate depressive symptoms. St. John’s wort is now one of the most commonly used herbal products in the United States and is widely used in Europe.

Two of the studies indicated that St. John’s wort was superior to placebo for the treatment of physical symptoms but did not have a significant impact on depressive symptoms, anxiety or irritability. One of the studies reported a similar trend but the findings were not statistically significant.  Ryoo and colleagues reported that St. John’s wort improved premenstrual symptoms of emotional lability, hostility or anger, and impulsivity, but did not differ from placebo in terms of its impact on depressive symptoms, anxiety, energy level, pain and other physical symptoms.

So the jury is still out.

That said, many women who present with PMDD are not interested in using SSRI and SNRI antidepressants for the treatment of their symptoms.  Sometimes this resistance is related to the stigma of taking psychiatric medications; other times the decision reflects concerns about side effects, such as weight gain or sexual dysfunction.

Based on the data we have, one might consider a trial of St. John’s wort  in a woman with PMDD.  It is important to note that while St. John’s wort is a “natural” remedy, it is being used as a medication and has side effects, as well as drug interaction.  Some words of Caution: