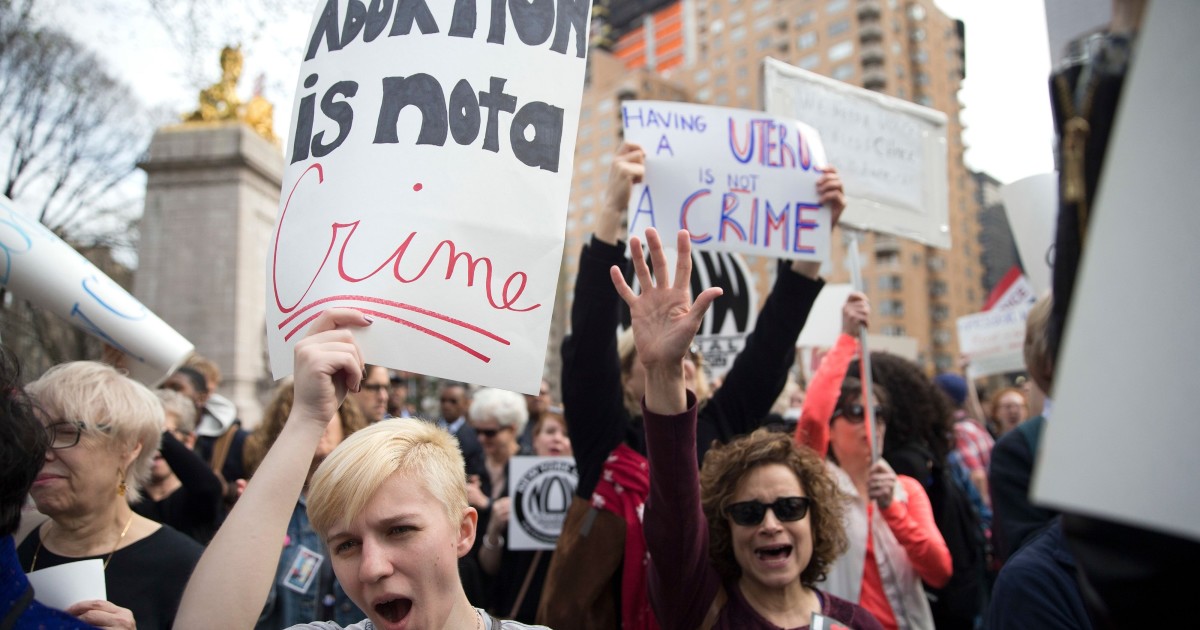 Massachusetts Democrats are pushing a sweeping bill to allow more third-trimester abortions, meaning the commonwealth would join New York in having some of the loosest restrictions in the country.

Massachusetts law currently bans abortions after 24 weeks of pregnancy except if a woman’s pregnancy endangers her life, or if continuing the pregnancy would risk “grave impairment of her physical or mental health.” The Remove Obstacles and Expand Abortion Access Act, or “ROE Act,” would loosen those restrictions by dropping the “grave impairment” language and allowing abortions after 24 weeks to protect the mother’s “physical or mental health, or in cases of lethal fetal anomalies, or where the fetus is incompatible with sustained life outside the womb.”

The bill would give doctors much more latitude in deciding to conduct abortions and would delete the section in current Massachusetts law that requires doctors to “take all reasonable steps … to preserve the life and health of the aborted child,” including having life-supporting equipment in the room. It would also repeal existing law that requires a minor to get her parents’ consent before an abortion.

“The ROE Act breaks down barriers to ensure that women are able to receive appropriate medical care, according to a physician’s best judgment, in tragic circumstances when there are lethal abnormalities or a risk to the woman’s life during the course of a pregnancy,” state Sen. Harriette Chandler, the bill’s sponsor in the Senate, told the Washington Examiner. “The law should reflect that these are very difficult decisions that should be made between a woman and her doctor.”

“Horrifying,” Melanie Israel, research associate at the conservative Heritage Foundation, said upon reading the legislation. “It’s New York and Virginia all over again.”

Fetal abnormalities “can be anything from something that is going to be a life-limiting condition to the fetus, or based on how loosely these definitions are, it can be something like Down syndrome,” Israel told the Examiner.

A fetus that reaches the gestational age of 23-24 weeks in developed countries has a 50 percent chance of survival, according to a 2016 paper funded by the National Institutes of Health. The chances of survival increase dramatically if they survive into later weeks, reaching 84 percent at 25 weeks and 90 percent at 26 weeks, according to a study in 2017 published in Pediatrics.

Lethal fetal abnormalities can include a variety of birth defects that can make life painful or short for the infant, though determining how long an infant will live with an anomaly can be imprecise.

“Sometimes, the best estimates of prognosis turn out to be wrong,” seven doctors wrote in an article published in Pediatrics in May 2016. “The infant’s symptoms may be less severe or more severe than anticipated based on prenatal assessment.”

The legislation comes as abortion rights groups fear a conservative-majority U.S. Supreme Court will decide to roll back the 1973 Roe v. Wade decision that legalized abortion in every state. New York Gov. Andrew Cuomo signed a similar sort of bill into law in January.

Chandler’s office cited a poll commissioned by the abortion rights group NARAL Massachusetts that found that 76 percent of Massachusetts supports allowing abortions after 24 weeks “to protect a woman’s health or in cases where there is a grave fetal anomaly.”

National polling from Gallup in 2018 shows that U.S. adults are split on whether abortions should be legal in the third trimester when the baby would be born with a life-threatening illness.

Israel, from the Heritage Foundation, warned that the language about protecting a woman’s physical or mental health is too broad.

The language “can be so loosely interpreted that it can be anything from, a woman is feeling overwhelmed about what the postpartum process is going to be like … That could be reason enough to have a late-term abortion based on these new, much more loose definitions,” Israel said.