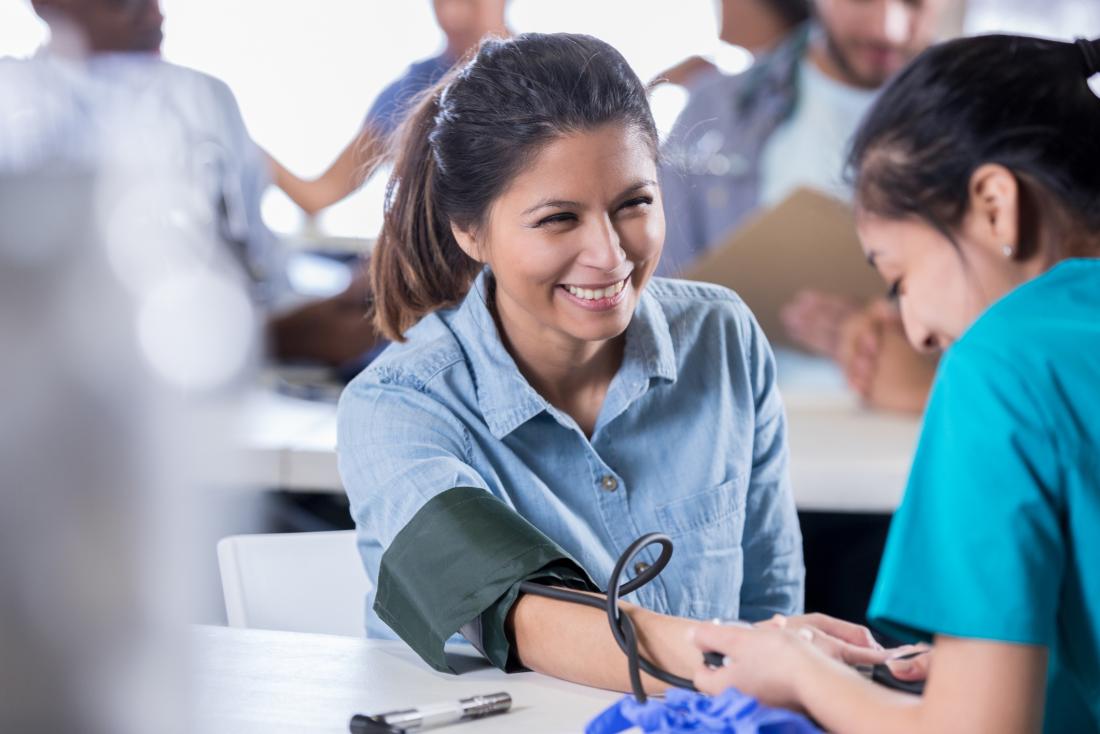 New research adds another tool in the toolbox for preventing high blood pressure.

Most of us know that exercising and eating right are good for us.

However, putting in the effort to do so can often require more willpower than we have.

What if there was a way to reap all the benefits of a workout without having to lift a finger?

The technique is called Inspiratory Muscle Strength Training (IMST), and researchers led by Daniel Craighead — a postdoctoral researcher in the University of Colorado Boulder’s Department of Integrative Physiology — have tested the technique in a clinical trial.

“IMST is basically strength-training for the muscles you breathe in with,” explains Craighead. The researcher and his colleagues presented the preliminary results of their research at the annual Experimental Biology conference, which this year takes place in Orlando, FL.

Why study the benefits of IMST?

IMST involves inhaling through a resistive hand-held device called an inspiratory muscle trainer. Its creators initially developed it for people with respiratory problems such as chronic obstructive pulmonary disease, bronchitis, or cystic fibrosis, or to wean people off ventilators.

Craighead and team explain that in 2016, a 6-week trial on the effects of IMST on obstructive sleep apnea — during which participants performed 30 inhalations per day — revealed that using the device also lowered systolic blood pressure by 12 millimeters of mercury.

Exercising for the same amount of time usually only lowers blood pressure by half that amount, and the benefits seem to exceed those normally achieved with hypertension medication.

This trial piqued the researchers’ interest, so they set out to study the possible benefits of IMST for the vascular, cognitive, and physical health of 50 middle-aged adults.

The researchers compared participants who tried IMST with people who used a sham device that provided no resistance on inhalation. They found that the blood pressure was significantly lower among IMST participants and that the function of their large arteries had improved considerably.

IMST participants also performed better on cognitive tests and treadmill tests. In the treadmill tests, they were able to run for longer and keep their heart rate and oxygen consumption low.

“[IMST is] something you can do quickly in your home or office, without having to change your clothes, and so far it looks like it is very beneficial to lower blood pressure and possibly boost cognitive and physical performance.”

“High blood pressure,” claims Craighead, “is a major risk factor for cardiovascular disease, which is the number one cause of death in America. Having another option in the toolbox to help prevent it would be a real victory.”

However, the study authors caution that their results are preliminary, and that people interested in the technique should consult their physician first.