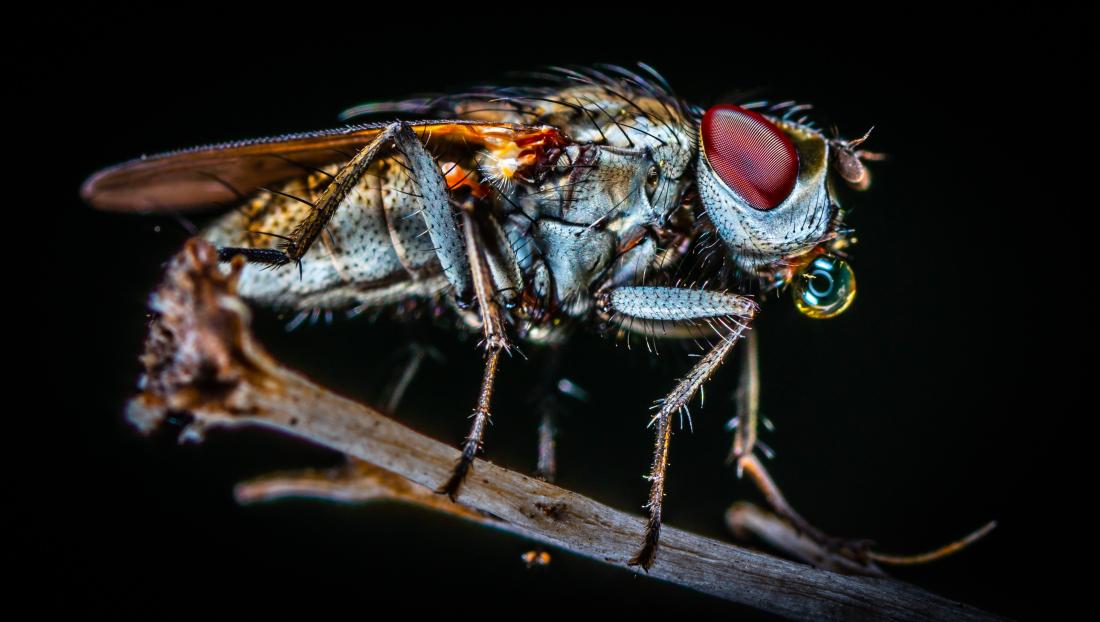 Recently, researchers have shown more interest in how infections can originate and propagate in hospitals in order to find better ways of preventing infections that can be life-threatening.

In a similar effort, a team led by investigators from Aston University, in Birmingham, United Kingdom, has collected no fewer than 19,937 flying insects from inside seven different state hospitals in England.

Of these insect samples, 73.6% were Diptera, or flies, including houseflies, bluebottles, and so-called drain flies, while 13.9% were Hemiptera, or “true bugs,” including aphids. A further 2.9% were Lepidoptera, including moths.

Among the other flying insects were Coleoptera (beetles), Neuroptera (which includes lacewings), Thysanoptera (thrips), Psocoptera (booklice), Trichoptera (caddisflies), and Symphyta (which includes sawflies).

The researchers collected these insects over a period of 18 months from different spaces within hospitals, including those where patient and visitor food is held, wards, neonatal units, and maternity units.

In their study paper — which appears in the Journal of Medical Entomology — the investigators explain that some of the insects that they found carried enough “bugs” to be able to cause infections.

Many insect-borne bacteria are superbugs

By analyzing the insects, the researchers found that almost 9 in 10 carried — internally or externally — bacteria that could cause infection, including Escherichia coli, Salmonella, and Staphylococcus aureus. In total, the team isolated as many as 86 different bacterial strains.

The most common flying insect-borne bacteria were the Enterobacteriaceae, which include both E. coli and Salmonella and which accounted for 41% of the isolates in the study.

Next in line were Bacillus — including Bacillus cereus, which causes food poisoning — accounting for 24% of bacterial isolates, and Staphylococcaceae, which can cause skin infections, abscesses, and respiratory infections and which made up 19% of the isolates.

More worryingly, the scientists also found that 53% of the isolated strains had developed resistance to at least one class of antibiotics, the drugs most commonly used to fight infections.

Of the total number of antibiotic-resistant strains, 19% demonstrated multidrug resistance. Of all the antibiotics, penicillin was the least effective against the harmful bacteria that the researchers had identified.

Other antibiotics to which many flying insect-borne bacteria had developed resistance included vancomycin and levofloxacin.

“What’s quite interesting, though, is the high proportion of drug-resistant bacteria found in these samples. It’s a vivid reminder of how our overuse of antibiotics in healthcare settings is making infections more difficult to treat.”

Study co-author Prof. Anthony Hilton adds that generally speaking, however, patients have little to fear, since the hospitals were, overall, “extremely clean environments,” adding that “The risk of insects carrying bacteria and transferring these to patients is very low.”

Nevertheless, he notes that the current findings suggest that hospital staff may want to go the extra mile to keep these already clean environments free from surprise pathogen-carriers like the humble housefly.

“What we are saying in this paper is that even in the cleanest of environments, it’s important to take steps to prevent bacteria being brought into hospitals by insects,” emphasizes Prof. Hilton.

While the researchers declare no conflict of interest in the study, they do acknowledge that one of the authors, Matthew Davies, received a doctoral studies grant from Killgerm Chemicals, Ltd., a waste disposal company with which he is also formally affiliated.