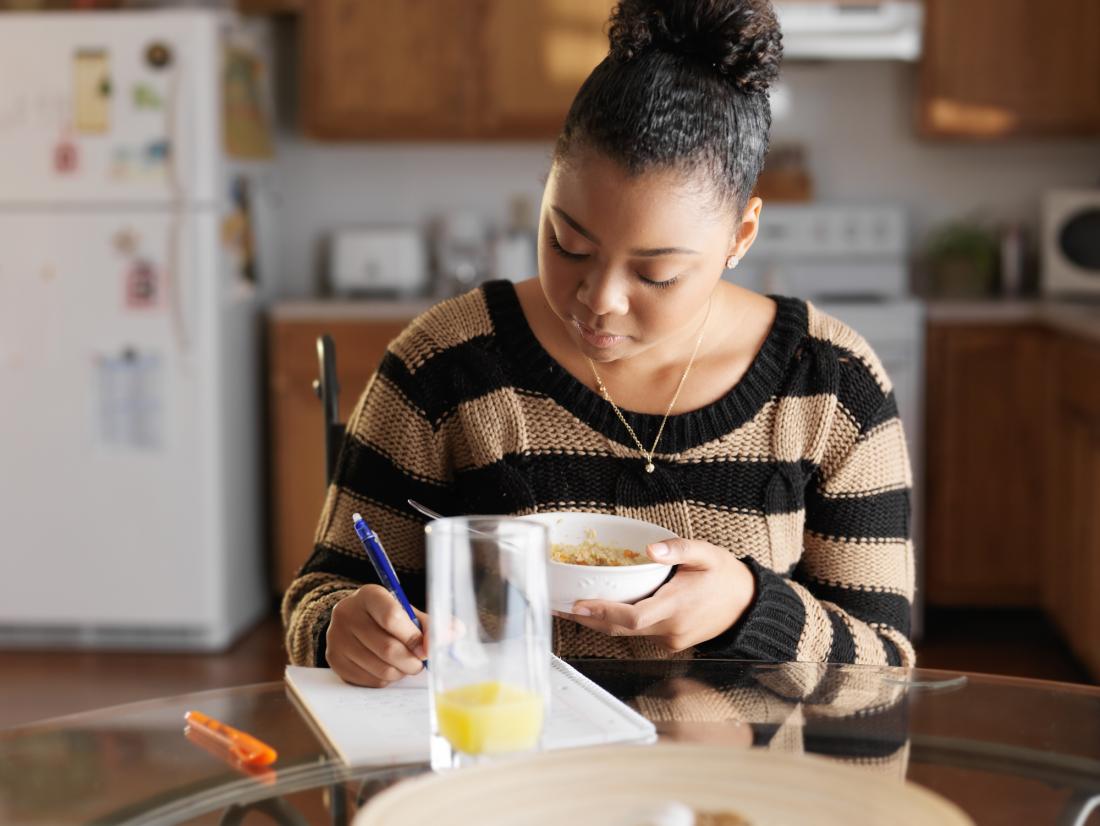 According to the Centers for Disease Control and Prevention (CDC), almost 40 percent of adults in the United States had obesity in 2015–2016.

This figure has been steadily increasing since 1999.

Most people are aware that obesity carries many health risks, such as heart disease, type 2 diabetes, and certain forms of cancer. Despite this, people tend to find it difficult to lose weight.

Studies have shown that one of the most effective weight loss strategies is dietary self-monitoring. This method requires a person to record all of the food and drink that they consume throughout the day, noting portion sizes and preparation methods.

People who are trying to lose weight are often less than enthusiastic about this method, believing it to be overly time-consuming. However, researchers at the University of Vermont in Burlington and the University of South Carolina in Columbia have found that monitoring your diet is highly effective and much easier than it seems.

“People hate it; they think it’s onerous and awful, but the question we had was: How much time does dietary self-monitoring really take?” says Jean Harvey, lead author of the study and chair of the University of Vermont’s Nutrition and Food Sciences Department. “The answer is, not very much.”

Read More:  Medical billing is a nightmare, but start-up Ooda is working with insurers to make it way easier

In total, 142 participants took part in the study. These individuals had already enrolled in the Internet Obesity Treatment Enhanced with Motivational Interviewing (iReach2) trial. They were mostly female, and 81 percent of them had obesity.

The participants joined a dietician-led online session every week for 24 weeks. The researchers also asked them to log their daily diet using an online program. From this data, the team could see not only what people were eating but also how often they recorded their food intake and how long they spent doing it.

Dietary self-monitoring lasted for 6 months, after which the researchers calculated how long it took people each day and how successful this strategy was for weight loss.

The team deemed the most successful participants to be those who lost 10 percent of their body weight. In the first month, these individuals spent an average of 23.2 minutes per day recording their dietary intake. By the sixth month, this had dropped significantly to 14.6 minutes.

The researchers believe that this decrease could be due to two factors: the participants’ efficiency in logging their diet and the online program’s ability to predict regularly used words and phrases.

This important finding proves that dietary self-monitoring is not as difficult a task as people think, especially with the invention of numerous relevant apps. The results may also help people set achievable weight loss targets.

As Harvey explains, “We know people do better when they have the right expectations. We’ve been able to tell them that they should exercise 200 minutes per week. But, when we asked them to write down all their foods, we could never say how long it would take. Now we can.”

Neither the amount of time that people spent recording their diet nor the level of detail had much effect on weight loss success. Similar studies have shown that it is the frequency with which people log data that leads to a better outcome. Harvey’s research confirmed this theory.

Logging in at least twice a day was likely to result in more significant weight loss. However, it was “those who self-monitored three or more times per day and were consistent day after day” who were the most successful, says Harvey.

“It seems to be the act of self-monitoring itself that makes the difference — not the time spent or the details included.”

Harvey and colleagues hope that the study will encourage people to get on board with self-monitoring as a safe and effective weight loss technique. After all, taking 15 minutes a day to improve your health is not a massive ask.