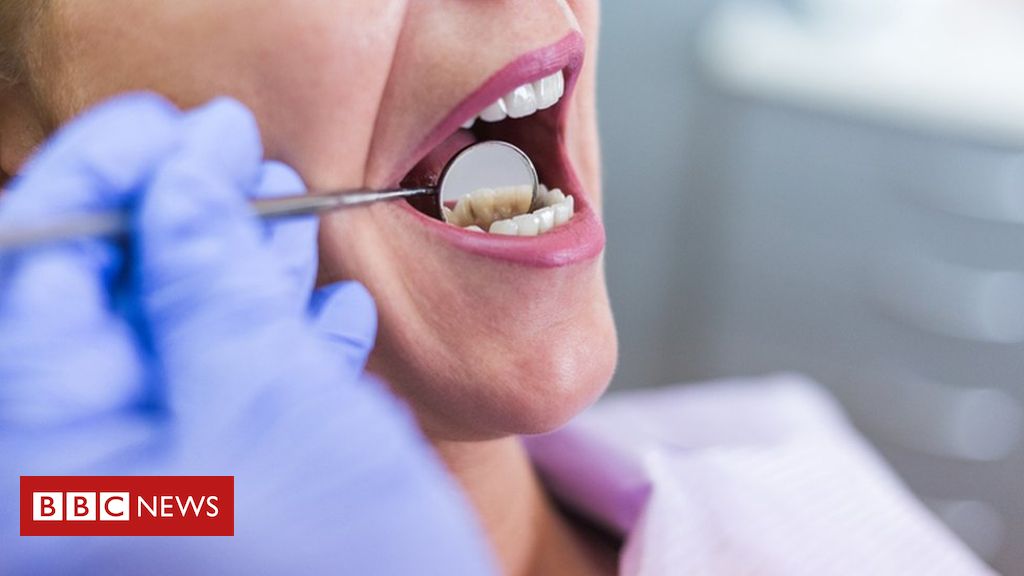 More than 2 million adults in England are unable to see an NHS dentist, BBC analysis suggests.

They include an estimated 1.45 million who have tried and failed to get an NHS appointment in two years with the rest on waiting lists or put off by cost.

Another 2 million assume they cannot get care where they live, suggesting nearly one in 10 miss out overall.

Dental leaders said the findings – based on official NHS data – showed access was a problem in every region.

“These access problems are no longer affecting a few ‘hotspots’, but are now the reality for millions across every English region.

“The public are entitled to access care, but the system is stacked against them.

“Those losing out are the patients who need us most. The next government owes it to them to ensure this service has a future.”

NHS England said steps were already being taken to tackle the problems – and urged people to use the NHS website to find local dentists that were accepting patients.

Similar data is not available in other parts of the UK.

But the BDA said there were serious problems with access in Wales, while similar issues existed in Northern Ireland and Scotland albeit on a smaller scale.

‘I relied on a charity for my treatment’

It was only thanks to a mobile service provided by a charity that Basir Afzal was able to get dental treatment.

Mr Afzal had been struggling with severe dental pain for months but, despite repeated requests, had been unable to find an NHS dentist to see him.

In November he had emergency treatment to have some teeth extracted.

The work was done by Dentaid, a charity which normally works in developing countries, but is increasingly being asked to help people in England.

“I was in so much pain. I could not take it any more. I was only sleeping two hours a night.”

He was one of 50 patients given care during a two-day clinic run from the town hall in Dewsbury, West Yorkshire.

The charity has recently bought a second mobile dental van to meet demand in England.

How bad is the problem?

This is the first time the scale of this problem has been identified in this way.

The NHS monitors the number of people using High Street dentists – figures show about half of adults have accessed NHS care in the past two years.

But that does not take into account the vulnerable groups getting support from specialist services, those who do not need care or people opting to use private dentistry.

Using the GP Patient Survey, which also asks questions about dentistry, the BBC has been able to provide estimates for the number of people who cannot get care, are put off getting care because of the cost or believe where they live NHS care is not available.

The analysis shows the level of unmet need has remained pretty consistent for the past five years.

The scale of the problems do vary from area to area. Places such as Bradford, Brighton, Cornwall and parts of Kent, Surrey, Norfolk and London have the worst levels of access with around one in six adults not getting care.

Read More:  Is Dentistry a Science? - The Atlantic

Why has this happened?

Despite dental care being available on the NHS, some people still have to pay for it. Only those on low incomes, children and pregnant women get treatment for free.

Others have to pay. Treatment is split into three payment bands from £22.70 for checks-ups, scale-and-polishes and X-rays through to £269.30 for complex care such as dentures and crowns.

As a result, cost puts some people off coming forward for treatment, the analysis suggests.

But greater numbers have found themselves turned away or believe there are no NHS appointments available locally.

The BDA said there were a variety of reasons behind this.

It pointed to figures showing three-quarters of practices have experienced difficulties filling posts and a 29% fall in funding per head in seven years once inflation was taken into account.

The union has also been critical of the way the contract works – dentists are given block contracts meaning once they have seen their quota they do not get paid any extra.

What can be done?

NHS England said it was “actively working” with local areas to better understand what was causing problems.

Work has been done to make the contract more flexible.

Patients who are trying to find out what services are available can use the NHS website to find which local dentists are accepting NHS patients, a spokeswoman said.

Plans have also been put forward during the election campaign to improve access.

Read More:  What to know about a fever and HIV

Both the Tories and Liberal Democrats said they were proposing investing more money in the NHS to improve services.

The Lib Dems in particular said it was aiming to recruit more dentists with the extra funds.

Nearly half of treatments provided on the NHS are provided free of charge because patients are exempt.