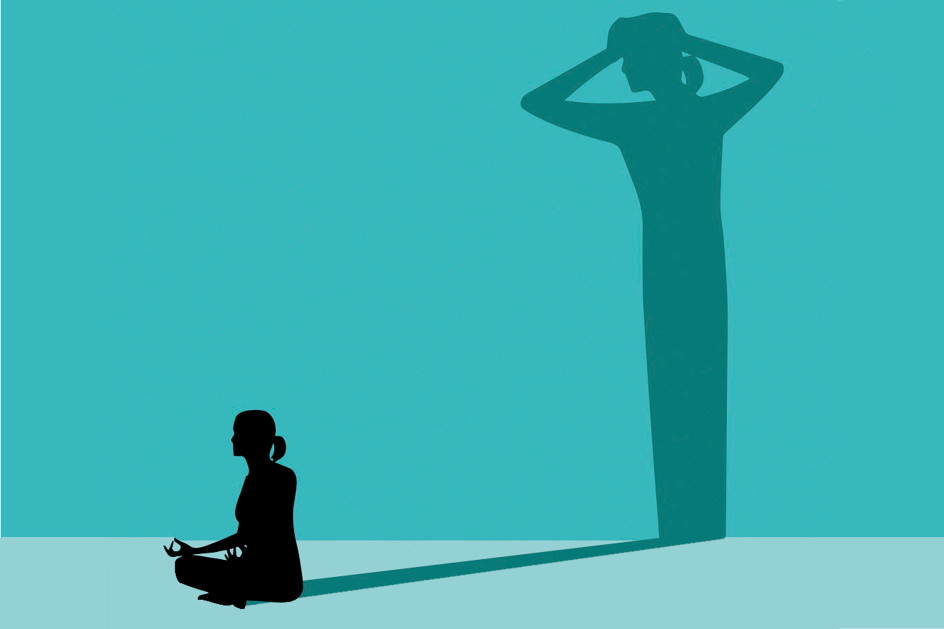 A common way to treat anxiety disorders is to expose patients to the anxiety-provoking stimulus in a safe environment until it no longer elicits fear, a process known as exposure therapy. This exposure provides an opportunity to learn that these stimuli are not threatening and thereby facilitate adaptive regulation of emotional responses. To be successful, first a new memory must be created between the stimulus and a feeling of safety, then the “safety” memory, rather than the original fearful memory, must be recalled when the stimulus is presented again in a new environment.

Mindfulness meditation been proposed to provide an optimal condition for exposure therapy because it involves experiencing the present moment with an open, curious, and nonreactive mindset. Numerous studies have documented that mindfulness meditation programs are useful for reducing anxiety, however, the mechanisms were unknown. The current study investigated enhanced learning of the “safety” signal as one mechanism through which mindfulness can help individuals learn to have a less reactive and more adaptive response to anxiety-provoking stimuli.

The researchers used MRI brain scans and a fear-conditioning task to examine changes in neural networks associated with attention and memory following mindfulness meditation training. In the study, 42 participants completed an eight-week, mindfulness-based stress-reduction program in which they learned formal meditation and yoga practices. Another 25 participants were randomized to an eight-week, exercise-based stress-management control group, in which they were taught about the impact of stress and performed light aerobic exercise. The researchers found that changes in the hippocampus after mindfulness training were associated with enhanced ability to recall the safety memory, and thus respond in a more adaptive way.

“Mindfulness training may improve emotion regulation though changing neurobiological responses associated with our ability to remember that a stimulus is no longer threatening,” said Gunes Sevinc, first author of the paper, who is a postdoctoral research fellow at MGH.

“Fear and anxiety have a habitual component to them — the memory of something that provoked fear in the past will trigger a habitual fear response when we are reminded of the event, even if there is no actual present-moment threat. The data indicate that mindfulness can help us recognize that some fear reactions are disproportional to the threat, and thus reduces the fear response to those stimuli. Mindfulness can also enhance our ability to remember this new, less-fearful reaction, and break the anxiety habit,” said Sara Lazar of the MGH Psychiatric Neuroimaging Research Program, the study’s senior author.

One of the major caveats in the study was that all of the participants were healthy individuals without anxiety. Future studies need to be done with clinical samples and using threatening stimuli relevant to their anxiety (e.g. spiders, cues that trigger panic or PTSD, etc.) to determine if similar changes in brain activation occur in these conditions. Furthermore, some of the findings were observed in both the mindfulness and control groups, suggesting that some of the changes are not unique to mindfulness training, or might be due to some other component of the program, such as social support.

The work was supported by the National Institutes of Health.

Sign up for daily emails to get the latest Harvard news.