When it comes to what’s considered a ‘healthy diet’ in the wellness world, red meat tends to get the raw end of the deal, but it might be time to look closer at your meat choices as a whole.

In a new study as published in the The American Journal of Clinical Nutrition, researchers have dispelled the long held belief white meat is less harmful to the heart than red with findings suggesting that white meat has identical effects on cholesterol levels as red beef meat.

Say what? Sorry flexitarians and pescatarians. It turns out your chicken and fish staples are just as equal to steak, heart health wise.

Within the study, researchers had 100 healthy men and women aged 21 to 65 cycle through three test diets of red meat (beef), white meat (chicken) and no meat over four weeks. After the four weeks the blood samples were tested and results found that overall plant based diet had the healthiest impact on blood cholesterol, with the white and red having identical cholesterol and saturated fat levels. 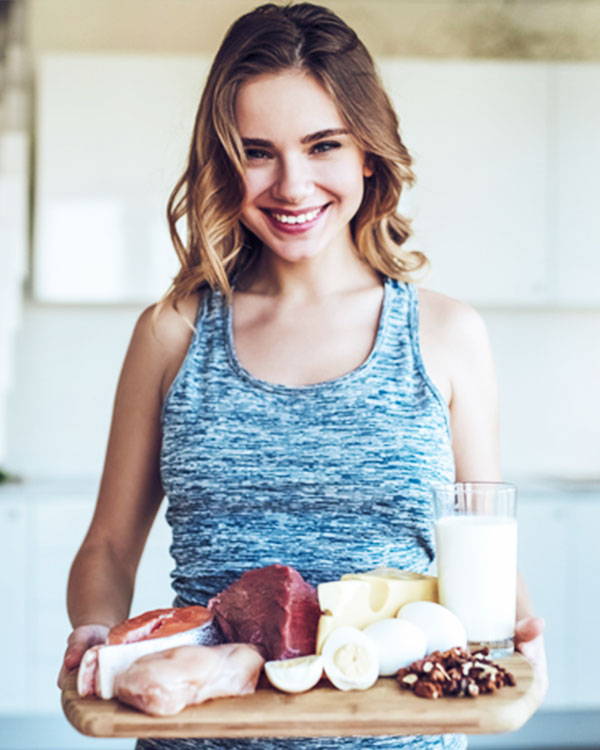 So with plant based protein coming out on top, what does this mean for those of us who prefer a high protein red and white meat based diet? Well, it begins with understanding the study, according to nutritionist Fiona Tuck.

“The findings of this study suggest that eating red or white meat had a similar effect on LDL cholesterol levels. With LDL levels, the larger and less dense the LDL cholesterol particles are, the less harmful they are thought to be to cardiovascular health,” says Tuck.

“Essentially, the study reveals there was no difference in LDL particles between those who eat white meat and red and that a plant based diet has the most beneficial effects on cholesterol.”

Does this mean we should be swapping over to a vegetarian diet? “The key take-away here is that if you are trying to lower cholesterol (or need to be wary of your cholesterol levels), limiting white meat may be just as effective as limiting red meat.”

In regards to meat, Tuck says it’s important to favour quality over quantity. 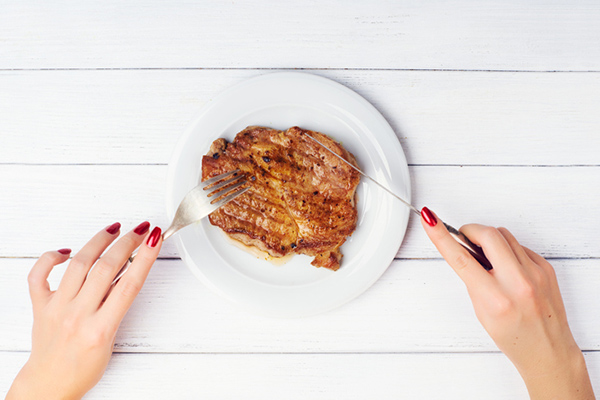 “We know too much animal produce may be detrimental to health so it is important to include these foods in moderation e.g. a couple of times a week and also be specific to the types of meat we eat,” says Tuck.

“We know that highly processed red meats such as sausages, bacon, processed sliced meats are detrimental to health and are now classified as a group 1 carcinogen by The World Health Organisation.”

“But red meat does supply important nutrients such as Vitamin B12, iron and zinc, the thing to note is that it tends to contain higher levels of saturated fat than white meat,” says Tuck. “ When choosing red meat choose grass fed over grain fed which tends to reduce the amount of potentially pro-inflammatory omega 6 essential fats.”

What about our white meat faves like chicken, fish, turkey?

“White meat such as chicken and turkey tends to be leaner than red meat and still contains important nutrients such as B12 that are not available from plant sources so this is a benefit of white,” says Tuck. “However, the amount of iron in poultry is lower than red meat sources. So when shopping, look for the darker poultry meat such as the leg meat as it tends to be higher in nutrients (such as iron) than the breast meat.” 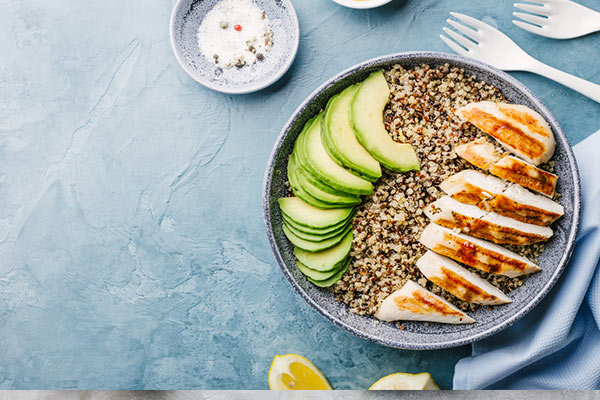 But differences aside, is meat really the best way to ‘meet’ our nutrient quota? According to Tuck, not necessarily.

“I think the cave man argument commonly used by paleo lovers is a lame one as evidence clearly points to a plant based diet such as the Mediterranean diet and lifestyle for health and longevity,” says Tuck.

“Eating a plant based diet rich in brightly coloured fruits and vegetables provides important nutrients, plant phytochemicals and fibre which are required for healthy gut function and may help to reduce our overall risk of disease.”

So, how do we balance the perfect plant based diet? 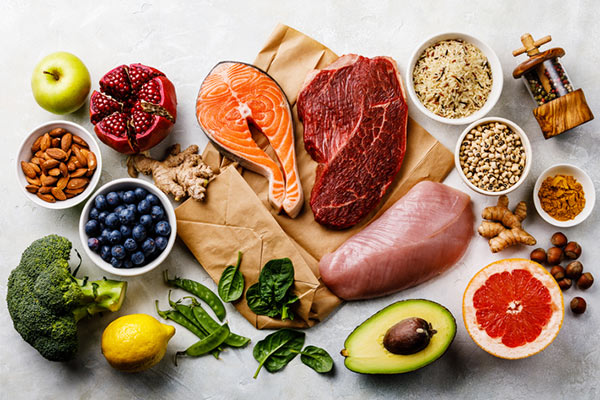 According to Tuck, diversity is key. “Aim to eat at least 30 different types of plant based foods a week including different coloured fruits and vegetables, nuts, seeds, wholegrains and extra virgin olive oil,” says Tuck. “Plant based does not have to mean completely cutting out animal based products, it means not making animal products the main part of the diet.”

And if you still want to sneak a little meat in there? What is the best ratio to base it on?

“While it’s best to make the majority of the diet plant based, perhaps aim to include fish – ideally oily fish two or three times a week (to meet Omega 3 essential fat needs and meat (red or white) a couple of times a week,” says Tuck. “When you do eat meat, avoid processed red meat and choose quality grass fed over grain fed and also just be mindful that eating meat three times a day – particularly fatty meat or processed meat – could have a potential long term detrimental effect on health.”

Read More:  A ‘Pacemaker for the Brain’: No Treatment Helped Her Depression — Until This