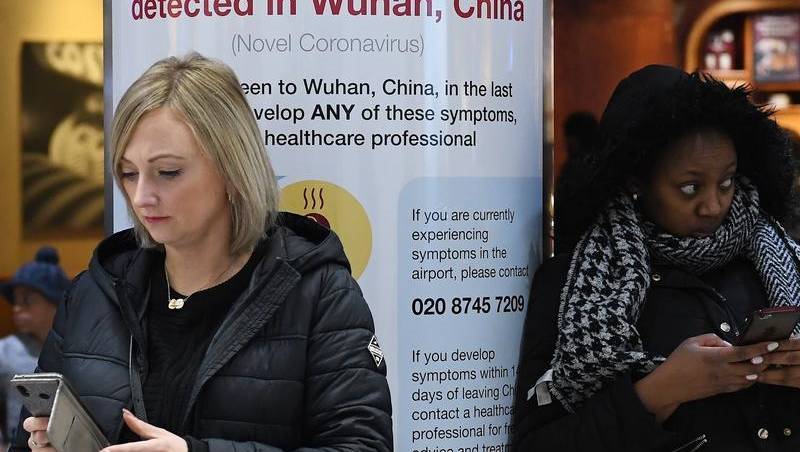 People in the UK face ongoing tests for coronavirus as the Chief Medical Officer for England said there is a “fair chance” Britain will see cases emerge.

Fourteen people were given the all-clear but others are undergoing tests formulated by Public Health England (PHE), Professor Chris Whitty said on Friday.

It comes as the BBC reported that officials are trying to trace 2000 people who have flown to the UK from China in the past few weeks, in order to check on their wellbeing.

“I am working closely with the other UK chief medical officers,” he said.

“We all agree that the risk to the UK public remains low, but there may well be cases in the UK at some stage.

“We have tried-and-tested measures in place to respond. The UK is well prepared for these types of incidents, with excellent readiness against infectious diseases.

“We have global experts monitoring the situation around the clock and have a strong track record of managing new forms of infectious disease.

“The UK has access to some of the best infectious disease and public health experts in the world.

“A public health hub will be set up in Heathrow from today. This consists of clinicians and other public health officials, in addition to existing port health measures.”

The public health hub at Heathrow will be staffed by a rotating team of seven clinicians working in shifts to support patients on arrival.

This is in addition to medical staff who are already permanently in place at all UK airports, the Department of Health said.

There are no plans to introduce blanket temperature screening of travellers due to the fact it can take seven to 10 days for symptoms of the virus to appear.

All 14 people tested in the UK are thought to have visited Wuhan – the Chinese city where the outbreak originated.

Four out five patients tested in Scotland were from China, Downing Street said.

In China, the official death toll has risen to 26, with more than 830 confirmed cases.