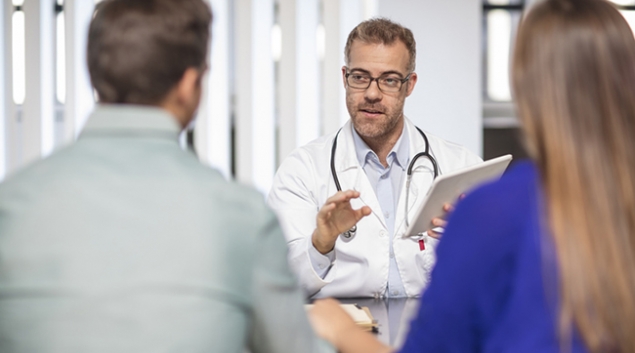 Under a final rule released today, Planned Parenthood and other programs where abortion is a method of family planning, are barred from getting Title X federal funding.

The rule also prohibits referrals for abortion as a method of family planning.

The final rule does not bar nondirective counseling on abortion, but eliminates the requirement that Title X providers offer abortion counseling and referral.

Title X regulation has not been substantially updated in nearly two decades, the Centers for Medicare and Medicaid Services said in releasing the draft final rule on the family planning program serving low income Americans.

Planned Parenthood called it a a gag rule that undermines Title X, the nation’s program for affordable birth control and reproductive healthcare.

“The gag rule is unconscionable and unethical,” said Dr. Leana Wen, president of Planned Parenthood Federation of America. “Dozens of physician groups, nursing associations, and public health leaders have risen up in opposition to this gag rule because politicians have no role in the exam room. As healthcare providers, it’s our job to provide evidence-based, accurate information to our patients. Know this — Planned Parenthood will always be here for our patients. We won’t ever withhold medical information from our patients, and we won’t stop ever fighting for everyone’s ability to access the fundamental right to healthcare.”

The American Medical Association called the rule a “clear violation of patients’ rights in the Code of Medical Ethics.”

Dr. Barbara L. McAneny, president, American Medical Association, said, “This rule interferes with and imposes restrictions on the patient-physician relationship. For all intents and purposes, it imposes a gag rule on what information physicians can provide to their patients.”

Title X is popular, successful, and has had bipartisan support for decades, McAneny said.

“Our country is at a 30-year low for unintended pregnancy and an historic low for pregnancy among teenagers — largely because of expanded access to birth control. We should not be walking back from that progress,” she said.

CMS said providers no longer have to choose between their conscience and the requirements to participate in Title X.

“It protects Title X healthcare providers so that they are not required to choose between participating in the program and violating their own consciences by providing abortion counseling and referral,” the agency said.

WHAT ELSE YOU NEED TO KNOW

Key elements of the rule include requiring a clear financial and physical separation between Title X funded projects and programs or facilities where abortion is a method of family planning, CMS said.

It clarifies that individuals may be considered for Title X services if they are unable to obtain employer-sponsored insurance coverage for certain contraceptive services due to their employer’s religious beliefs or moral convictions and the limitations of their own financial resources.

It will improve program transparency by requiring more complete reporting and more clarity about informal partnerships with referral agencies.

It will protect women and children who have experienced child abuse, child molestation, incest, sexual abuse, rape, intimate partner violence, and trafficking by requiring that Title X clinics provide annual training for staff and have a site-specific protocol in place to protect victims/survivors of sexual assault.

Read More:  Dyllón Burnside on Being Queer: 'I Exist Outside of the Sexual Binary of Just Gay or Straight'

It requires compliance with state and local laws on reporting or notification of these crimes and counseling for minors on how to resist attempts to coerce them into sexual activities.

It requires clinics to encourage family participation, especially in a minor’s decision to seek family planning services. It also requires maintaining the confidential relationship between patients and medical professionals.

CMS and the Department of Health and Human Services received more than 500,000 comments after the rule was proposed in June, and made certain changes to the final rule as a result of its consideration of the comments.