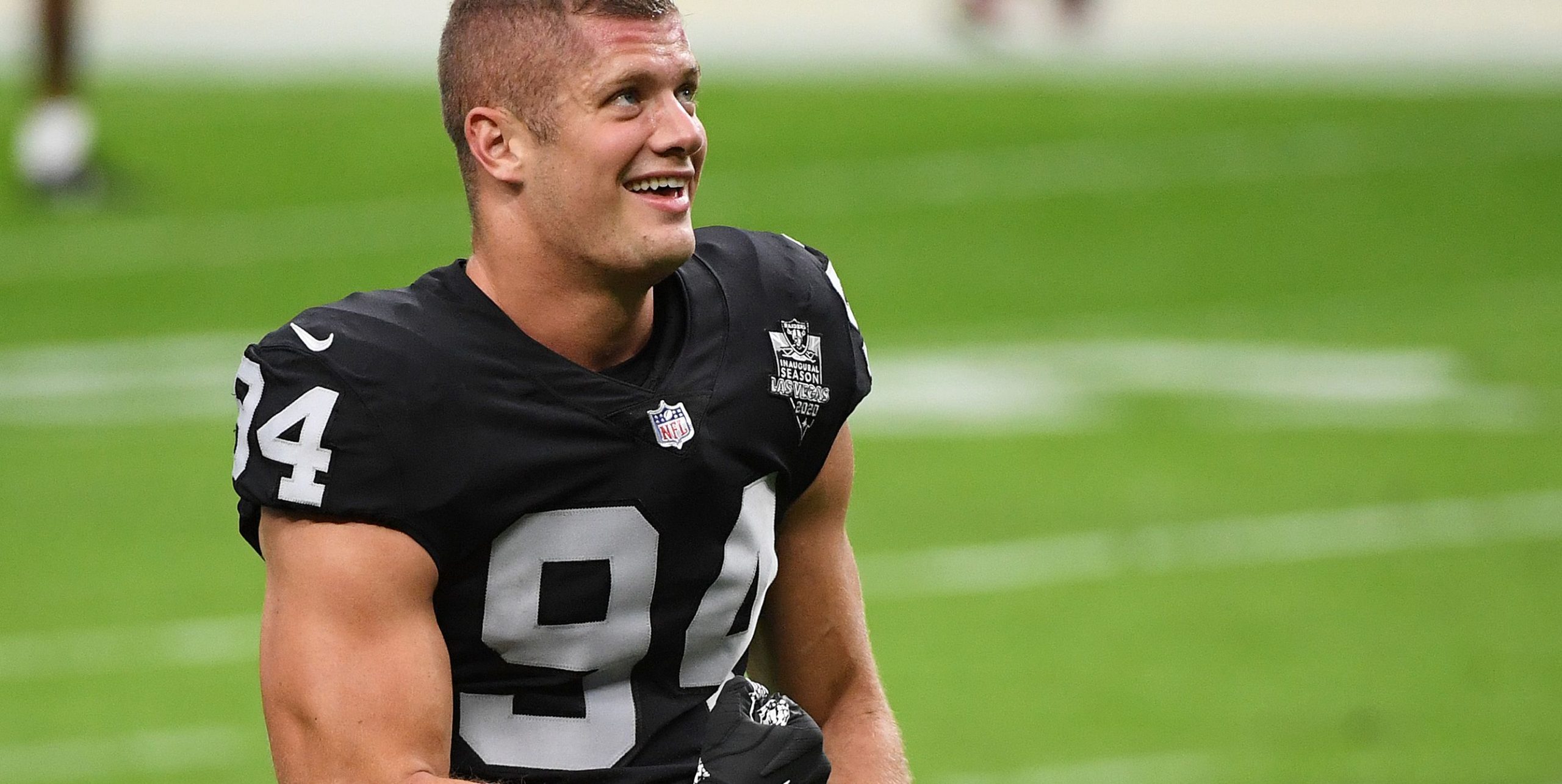 Raiders defensive end Carl Nassib came out as gay in an Instagram post, making him the first active NFL player to do so.

“Just want to take a quick moment to say that I’m gay,” he says casually in the video. “I’ve been meaning to do this for a while now, but I finally feel comfortable enough to get it off my chest.”

He goes on to say, “I’m a pretty private person, so I hope you guys know that I’m not doing this for attention. I just think that representation and visibility are so important. I actually hope that one day, videos like this and the whole coming out process are not necessary.”

In the video, Nassib pledges a $ 100,000 donation to The Trevor Project, a leading national organization providing crisis intervention and suicide prevention to LGBTQ youth.

Nassib was prominently featured in the 2018 season of Hard Knocks, a behind-the-scenes NFL documentary series, on HBO. He’s noted for giving other players expletive-laden financial advice.

Nassib’s video announcement came accompanied by a short written statement, in which the Raiders player wishes fans a happy Pride Month. He also writes that he has “agonized” over this moment for the last 15 years.

“I am also thankful for the NFL, my coaches, and fellow players for their support,” Nassib writes. “I would not have been able to do this without them. From the jump, I was greeted with the utmost respect and acceptance.”

That hasn’t always been the case. Football fans will remember Michael Sam’s turbulent history with the NFL. Sam was the first out gay player drafted to the league, though he was continuously cut from teams before ever making a game day debut. The NFL as an institution is also often criticized for painting same-sex sexuality as a “distraction” to the sport.

According to Out Sports, 15 former NFL players have come out at various times after retiring from the league.

This content is created and maintained by a third party, and imported onto this page to help users provide their email addresses. You may be able to find more information about this and similar content at piano.io