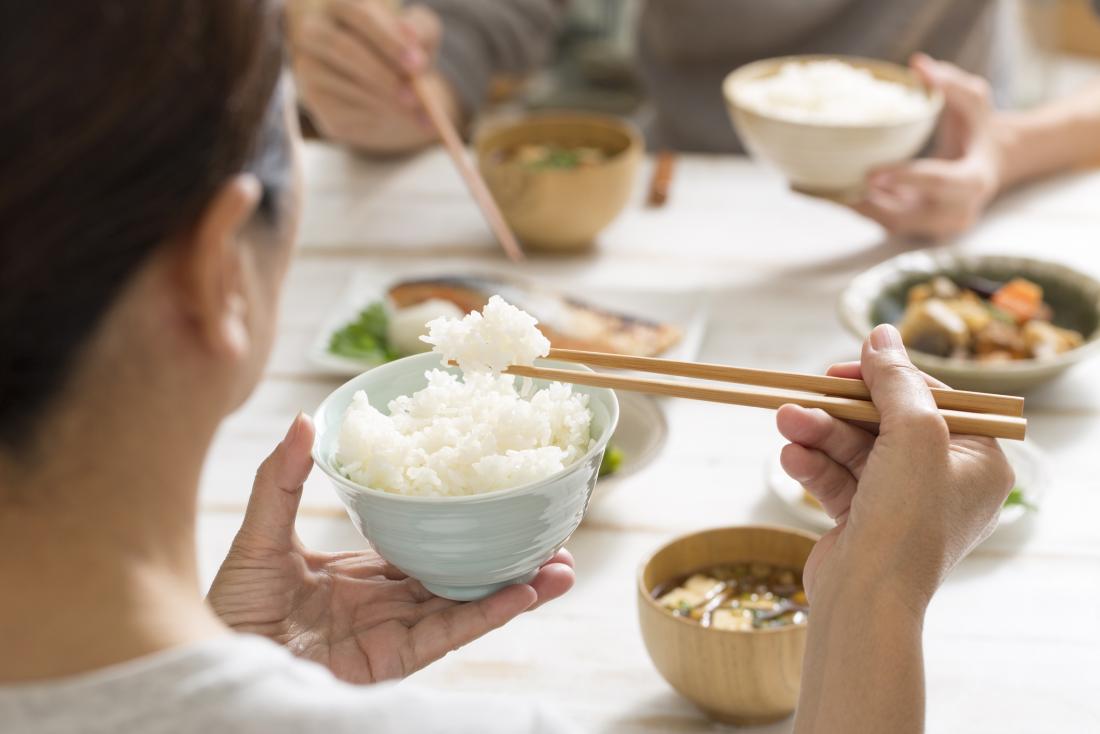 Is there a link between eating more rice and obesity?

Obesity in the Western world and beyond is on the rise. However, some countries are not facing the same challenge.

According to the Centers for Disease Control and Prevention (CDC), 39.8% of people in the United States now have obesity.

In Japan, however, the figure is just 4.3%, say the World Health Organization (WHO).

The array of factors that could be involved in differences such as this are dizzying — so where would one begin?

According to one group of researchers, a good place to start might be rice.

The average food intake of someone in the United States is very different to that of someone in any country outside of the Western world. However, diets in some of the countries with low obesity rates share a common staple: rice.

Researchers from Doshisha Women’s College of Liberal Arts in Kyoto, Japan, decided to take a closer look. They recently presented their findings at the European Congress on Obesity (ECO2019) in Glasgow, United Kingdom.

A global look at rice consumption

The researchers attempted to take into account as many confounding variables as they could, including average education level, smoking rates, total calories consumed, money spent on healthcare, percentage of the population over 65, and gross domestic product per capita.

All of these variables were significantly lower in the countries whose residents ate the most rice; however, even after accounting for this in their analysis, the researchers found that the positive influence of rice over obesity persisted.

From their data, they estimate that an increase of just one-quarter of a cup of rice per day (50 g per person) could reduce global obesity by 1%. That equates to a change from 650 million to 643.5 million adults.

“The observed associations suggest that the obesity rate is low in countries that eat rice as a staple food. Therefore, a Japanese food or an Asian-food-style diet based on rice may help prevent obesity.”

The researchers know that distinguishing between cause and effect is incredibly challenging when looking at diet — especially on such a large scale.

Though they accounted for as many confounding variables as possible, it is still likely that they did not consider many other important factors in the analysis.

Read More:  This Is How You Reheat Rice So It Actually Tastes Good

They also explain that they used country-level data, rather than person-level data. This has several drawbacks; for instance, certain regions of some countries might eat substantially more rice than others. Also, obesity rates can vary within a country from region to region.

Another concern is the use of body mass index (BMI); although it is a standard measure that researchers use widely, it is not a measure of overall health. The scientists did not ascertain how many people have, for instance, an unhealthily low BMI, which would skew the data by bringing the country’s average BMI down.

It is also worth pointing out that the researchers have not published these findings in a journal and, therefore, they have not been through a peer-review process.

Another potential issue is that the team’s analysis does not take into account the type of rice that a population tends to consume, which could be important. For example, white rice is much lower in fiber than less processed types. How much fiber someone consumes may play a part in obesity risk.

Also, a meta-analysis published in the BMJ in 2012 looked at the relationship between white rice and the risk of type 2 diabetes. Its authors concluded that:

“Higher consumption of white rice is associated with a significantly increased risk of type 2 diabetes, especially in Asian (Chinese and Japanese) populations.”

Another study that involved more than 10,000 Korean adults found that a diet centered on white rice was associated with obesity.

Doubts remain, so scientists should continue to study the impact of rice on obesity. If such a cheap, readily available food as rice could play even a small part in the fight against obesity, it is worth pursuing. However, for now, the jury is out.