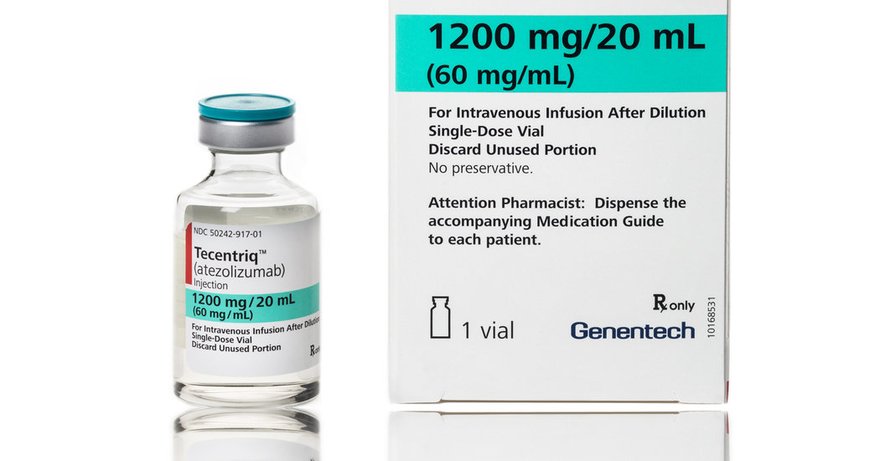 It was a long run, but Merck’s Keytruda finally has some company in the previously untreated non-small cell lung cancer monotherapy department. Whether that company represents any real threat to its market share, however, remains to be seen.

The FDA Monday green-lighted Roche’s Tecentriq on its own for newly diagnosed, metastatic patients without EGFR or ALK mutations whose tumors bear levels of biomarker PD-L1 registering 50% or greater. It’ll join Keytruda—the only other member of the PD-1/PD-L1 class with an approval in this indication—on the market, where the Merck drug has been since October, 2016.

To better understand sponsors’ perspectives on DTP and interest in using it in their studies, Catalent and FiercePharma surveyed 234 individuals involved in clinical supply and operations. Download this infographic to read the results.

Regulators based the go-ahead on data showing Tecenriq could extend patients’ lives by an additional 7.1 compared with chemo; those enrolled in the Tecentriq arm of the phase 3 Impower110 saw their lives lengthened by a median 20.2 months, versus 13.1 months for those receiving chemo.

Of course, chemo is no longer the standard of care it was when Roche started the study. It’s been displaced by Keytruda, either alone or in tandem with chemo for those who can tolerate it. Analysts have argued that solo Keytruda’s performance in PD-L1 low patients did left room for a competitor to step in and steal share, but with Tecentriq’s PD-L1-specific nod, it won’t be that competitor.

“The lead and loyalty for Keytruda among oncologists treating NSCLC are strong,” SVB Leerink analyst Daina Graybosch wrote to clients last September, noting that the Roche med likely wouldn’t make much of a dent in Keytruda’s “sales and dominance” in the near term, grabbing 15% or less of the drug’s market share.

But Tecentriq could prove a thorn in Merck’s side down the road, she reasoned, now that “companies with novel agents now have two options … to collaborate with in 1L NSCLC.”

Meanwhile, though, there’s another new chemo-free option on the scene after Friday’s OK for Bristol Meyer’s Squibb’s Opdivo-Yervoy combo. That pairing showed last fall that it could cut the risk of death among PD-L1 positive patients by 21% compared with chemo.