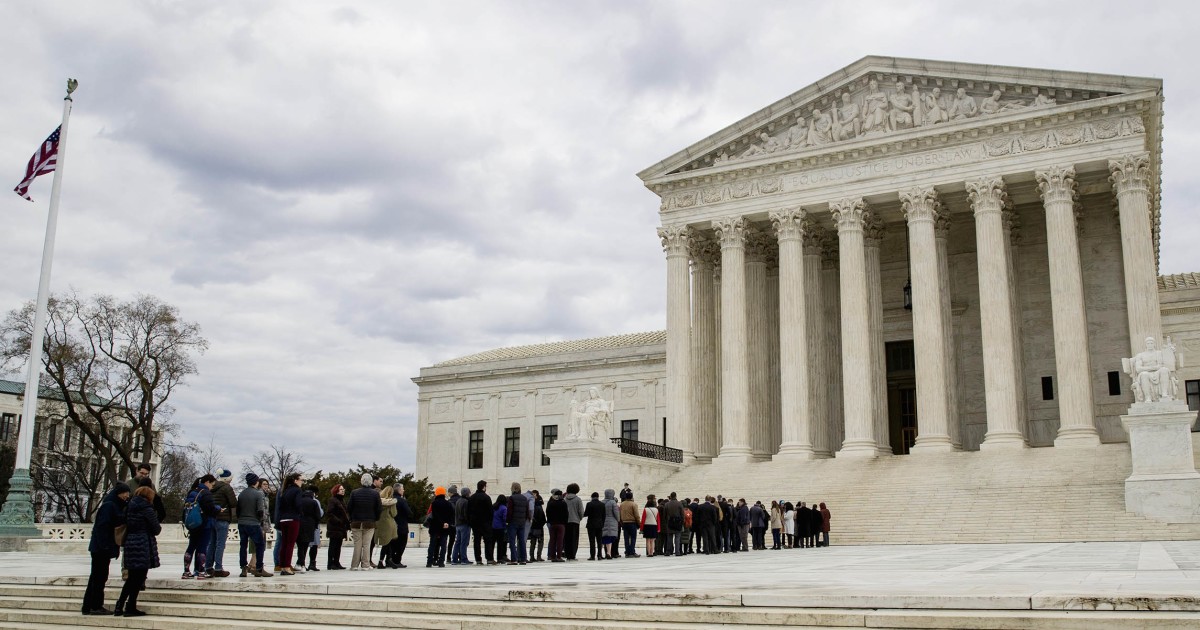 The Supreme Court on Tuesday declined to hear a lawsuit aimed at forcing Catholic bishops to release internal documents that would show whether they planned to front the costs associated with providing funeral services for aborted fetuses.

The decision not to hear the case, Whole Woman’s Health v. Texas Catholic of Bishops, is the latest example of the Supreme Court demonstrating reluctance to consider issues touching on abortion rights since the bench has leaned more conservative.

“Thank goodness the Supreme Court saw this appeal for what it was: a nasty attempt to intimidate the bishops and force them to withdraw their offer to bury every child aborted in Texas,” said Eric Rassbach, vice president and senior counsel at Becket Fund for Religious Liberty, which represented the Texas Catholic Conference of Bishops in the case. “Abortion groups may think the bishops ‘troublesome,’ but it is wrong to weaponize the law to stop the bishops from standing up for their beliefs.”

Whole Woman’s Health stemmed from a defunct 2017 Texas law requiring hospitals and clinics to bury or cremate fetal remains that resulted from an abortion. U.S. District Judge David Alan Ezra, who was nominated by former President Ronald Reagan, blocked the law from taking effect, saying that it was “imposing an undue burden on women’s constitutionally protected liberty.”

Abortion clinics have said that providing burials and cremations is burdensome to facilities, which would have to cover the cost of the proceedings by passing the expenses to patients.

“This isn’t a law rooted in medical science or evidence-based care, it’s an attempt by politicians to shame and stigmatize women who have abortions and interfere with their personal healthcare decisions and religious freedom,” Amy Hagstrom Miller, Founder and CEO of Whole Woman’s Health, said in a statement. “We believe women are the right and moral decision makers for their own bodies and are fully capable of making choices for themselves and their families. We will resist every effort to curb those rights.”

Read More:  Thousands of women 'dying from heart attacks needlessly because they get worse care than men'

The Texas Conference of Catholic Bishops, however, said that it would cover all costs associated with burial or cremation. In response, Whole Woman’s Health, a clinic chain which provides abortions in Texas, sued to have the bishops release internal documents about the feasibility and logistics of the offer to check the veracity of their claims.

“As we moved through the litigation process it became clear that their offer was not well thought out and would not be an acceptable means of compliance with the law for patients, particularly those with religious beliefs that differ from the Catholic Church,” Hagstrom Miller said.

The 5th Circuit Court of Appeals in New Orleans ruled 2-1 that the bishops didn’t have to turn over the documents, stating the bishop’s claims “go to the heart of the constitutional protection of religious belief and practice as well as citizens’ right to advocate sensitive policies in the public square.”

Whole Woman’s Health appealed the 5th Circuit to rehear the case before the full court but was rejected, so it appealed the decision to the Supreme Court.

The Becket Fund praised the court’s decision not to hear the case because it means the 5th Circuit’s ruling will remain in place. At least four justices must vote to have a case heard before the Supreme Court.

Read More:  Must-Reads Of The Week From Brianna Labuskes