In 2017, Ruff Ryders producer Jay ”Icepick” Jackson lost his battle against colon cancer and passed away at just 44 years old. Jackson played an integral role in shaping the sound of the label’s artists back in the late-90s, and the legendary rap movement’s success. Two years later, his friends, Swizz Beatz, Styles P, and Jadakiss have all come together, joining forces with an organization called FCancer, to drop a public service announcement encouraging other Black men to get tested for cancer before it’s too late.

FCancer is a nonprofit that runs, “digital and on-the-ground programs and events that seek to change the way people think and talk about cancer, ultimately improving health outcomes.”

READ MORE: What we learned from John Singleton: Why Black men need to get serious about their health

The org teamed up with the three Hip-Hop veterans as a part of their “Keep Joy Alive” campaign, which specifically targets African-American men. African-American men are a population with an extremely high-risk rate for getting and dying from colon cancer. These statistics is not only due to their genetics, but also the stigma around getting checked, poor diets, coupled with the community’s lack of access to healthcare coverage.

In a nutshell: they want brothers to go to their doctors and make colon cancer screenings a priority. 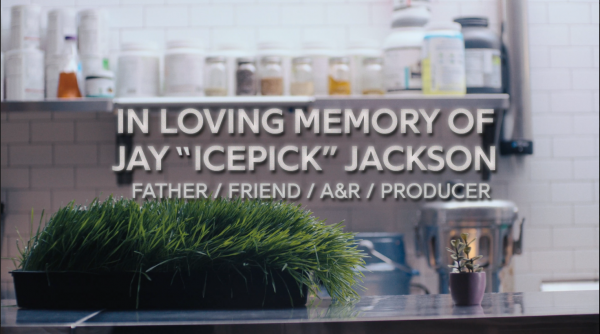 “My involvement with the campaign came about as a promise to my friend Jay “Ice pic” Jackson,” explains Swizz. “My goal is to make sure everyone knows the importance of being tested as a preventive measure.”

The PSA was produced by KUAMP, an African American owned full-service creative production studio, and aims to reduce the need for late-stage colon cancer diagnosis.

“Our target generally despises visiting doctors and doesn’t care much for being lectured about their overall health,” a spokesperson from the project explained in a statement.  “That’s why a traditional PSA, laden with stats and a fear-mongering tone, would have fallen flat with them. So, in order to de-stigmatize colon cancer screenings, we enlisted our friends Swizz Beatz, Jadakiss and Styles P to help us launch the Keep Joy Alive platform with an incredibly shareable, trojan horse film.”

“As tribute to Ice Pick, the musicians were filmed in Style P’s juice bar, trading heartwarming stories about their friend and urging each other to ‘Keep Joy Alive’ by ‘G-checking your colon,’” the statement continues.

Currently, the spot is airing at various baseball stadiums, including Yankee Stadium, Fenway Park, Guaranteed Rate Field, and Angel Stadium of Anaheim. Additionally, for this upcoming NFL season, it will be featured on the screens of the Chicago Bears, Washington Redskins, Oakland Raiders, and Pittsburgh Steelers team stadiums.