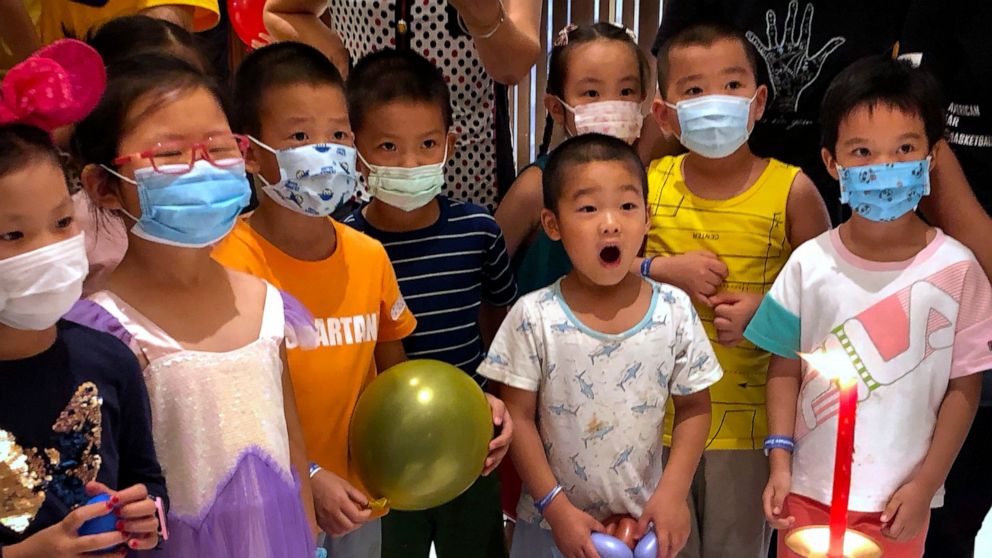 PARIS — Pressure is growing on the French government to require masks in all workplaces and everywhere in public as coronavirus infections resurge.

Paris police stepped up mask patrols Saturday as the French capital expanded the zones where face coverings are now required in public, including neighborhoods around the Louvre Museum and Champs-Elysees shopping district.

With cases in Paris rising particularly fast, police can now shut down cafes or any gathering of more than 10 people where distancing and other hygiene measures aren’t respected.

France’s High Council for Public Health published new guidances Friday recommending “the systematic use of masks in all enclosed collective places, public and private” – including workplaces. About half of France’s current virus clusters started in workplaces.

In an appeal published in the daily Liberation, a collective of medical workers urged a nationwide return to working at home, which France largely abandoned after two months of strict lockdown.

France recorded more than 2,800 new cases Friday, up from a few hundred daily cases a month ago. While the rise is in part attributed to increased testing, the rate of positive tests is also growing, and is now at 2.4%. However, the number of virus patients in French hospitals and intensive care units has not risen so far.

HERE’S WHAT YOU NEED TO KNOW ABOUT THE VIRUS OUTBREAK:

— By sea, rail or by air, Brits scramble to get out of France

— Popular tourist destinations on the Navajo Nation, including Canyon de Chelly, can start welcoming back tourists Monday under the tribe’s reopening plan.

— Mexico’ s point man for the coronavirus pandemic says he belie ves the country has reached its peak of infections over the last three weeks.

— Plans are back on to beam twin columns of light into the Manhattan sky to represent the World Trade Center during next month’s anniversary of the 9/11 terror attacks.

HERE’S WHAT ELSE IS HAPPENING:

SEOUL, South Korea — South Korea on Saturday announced stronger social distancing restrictions for its greater capital area where a surge in COVID-19 cases threatens to erase the hard-won gains against the coronavirus.

The two-week measures starting Sunday will allow authorities in Seoul and towns in neighboring Gyeonggi Province to shut down high-risk facilities such as nightclubs, karaoke rooms, movie theaters and buffet restaurants if they fail to properly enforce preventive measures, including distancing, temperatures checks, keeping customer lists and requiring masks.

Fans will once again be banned from professional baseball and soccer, just a few weeks after health authorities allowed teams to let in spectators for a portion of their seats in each game.

NEW DELHI — India’s confirmed coronavirus cases have crossed 2.5 million with another biggest single-day spike of 65,002 in the past 24 hours.

India is behind the United States and Brazil in the number of cases.

The Health Ministry on Saturday also reported another 996 deaths for a total of 49,036.

The average daily reported cases jumped from around 15,000 in the first week of July to more than 50,000 at the beginning of August.

The Health Ministry said the rise shows the extent of testing with 800,000 carried out in a single day. But experts say India needs to pursue testing more vigorously.

India’s two-month lockdown imposed nationwide in late March kept infections low. But it has eased and is now largely being enforced in high-risk areas. The new cases spiked after India reopened shops and manufacturing and allowed hundreds of thousands of migrant workers to return to their homes from coronavirus-hit regions.

SEOUL, South Korea — New coronavirus cases in South Korea have reached the highest level in five months, and authorities fear infections are getting out of control in the Seoul region, which is home to half the country’s 51 million people.

Officials reported 166 newly confirmed cases Saturday. That was the highest since March 11, when South Korea reported 242 amid an outbreak in the southeastern city of Daegu and nearby towns.

With 103 new cases reported Friday, this is the first time since late March that the daily increase surpassed 100 two days in a row.

Officials say all but 11 of the new cases were local transmissions, and most were in the Seoul area.

Much of the reservation has been closed since March as the new coronavirus swept through.

The tribe released a plan this week that allows parks and marinas to reopen with safeguards. Businesses can operate at limited capacity.

Employees at tribal and national parks on the reservation say they will be busy this weekend preparing for tourists.

MELBOURNE, Australia — The Australian state of Victoria continues to flatten the curve in its wave of coronavirus infections and deaths.

The state on Saturday reported four more COVID-19 deaths and 303 newly confirmed cases in the previous 24 hours. It is the second-lowest daily figure reported in Victoria this month after 278 cases Thursday.

Victoria’s daily case numbers are gradually decreasing, with the seven-day average down to 344 from 521 a week ago.

But authorities warn there is more progress needed before lockdown restrictions in the city of Melbourne can be eased.

Melbourne residents and those in a nearby shire remain subject to strict night-time curfews, time limits on outdoor exercise, distance allowed from home, mandatory public mask wearing and shutdowns of non-essential industries.

MEXICO CITY — Mexico’s number of confirmed coronavirus cases has risen to 511,369, as health officials say they believe the country’s infections have peaked.

Assistant Health Secretary Hugo López-Gatell says Mexico had reached its peak of infections over the last three weeks, saying that “we have now had a maximum point in the curve.”

However, he predicts that second waves of outbreaks will continue around the world for time. He says that “this is a phenomenon that is going to be with us in the whole world for several years.”

PARIS — Paris is expanding the areas of the city where pedestrians will be obliged to wear masks starting Saturday morning, with health officials saying the coronavirus is “active” in the French capital and the Mediterranean city of Marseille,

The Champs-Elysees Avenue and the area around the Louvre museum are among zones where masks will be mandatory.

Paris police checks ensuring respect for mask wearing in designated areas are to be reinforced. Bars and restaurants could be ordered closed if distancing and other barriers to virus transmission aren’t respected.

With France’s national figures on infections also rising, Britain late Thursday ordered a quarantine for people entering the United Kingdom from France. France responded Friday by saying it would do the same for travelers from Britain.

The Hawaii State Teachers Association filed a complaint with the state Labor Relations Board over a change in working conditions from increasing COVID-19 infections.

Most public schools will start the academic year Monday with online instruction. The union is asking that all schools be online until at least the end of the first quarter.

The union says some schools are going forward with in-person instruction. The state Department of Education disputes that statement. The union is asking teachers to wear black on Monday.