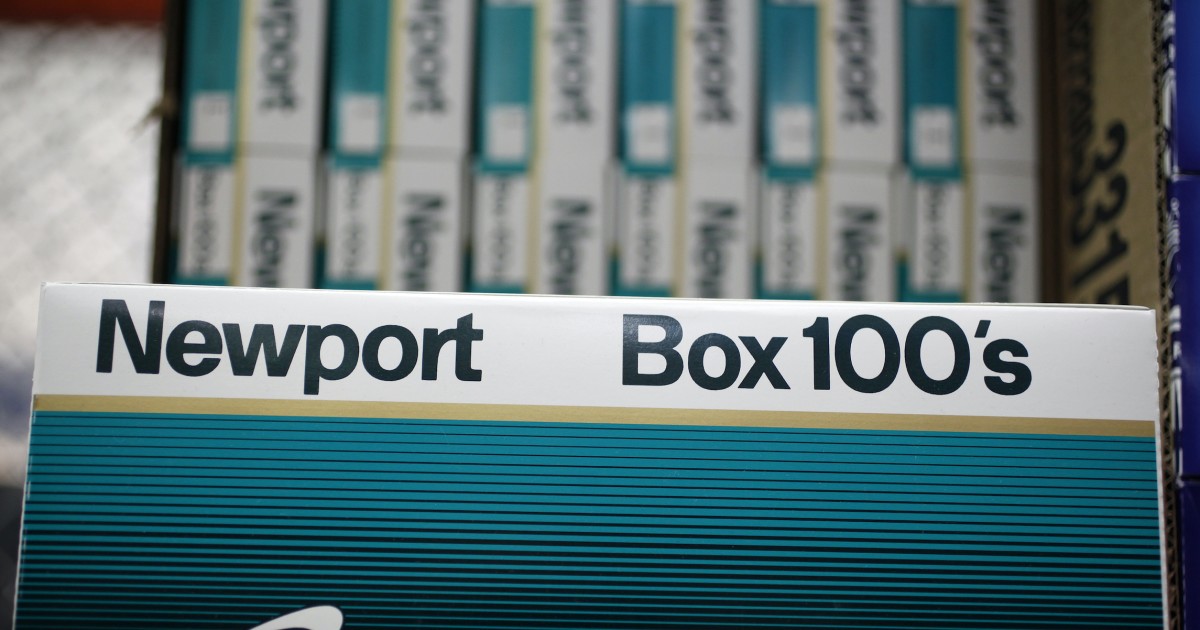 The Food and Drug Administration is poised to crack down on tobacco products, starting with a potential ban on menthol cigarettes next week.

The FDA’s policy decision on menthol cigarettes is a mandatory response to a June 2020 lawsuit brought by the African American Tobacco Control Leadership Council, which argued that the FDA has neglected to regulate menthol cigarettes in the same way it does nonflavored cigarettes since 2009. The public health organization compelled the agency to respond to a citizens’ petition calling for the product’s removal from the market. It remains unclear whether it will result in a total ban on menthol cigarettes.

“The FDA has the authority and the evidence base to ban menthol cigarettes and sharply reduce nicotine levels in all cigarettes,” Richard Besser, president of the Robert Wood Johnson Foundation, wrote Friday. “Let us hope that days from now, it also finds the will to do so.”

Menthol cigarette sales have remained constant in recent years despite a downward trend in nonmenthol cigarette sales, federal data shows. Menthol cigarettes also make up a smaller share of the market, with roughly 40% of all smokers choosing menthol over nonflavored cigarettes. Of that 40%, nearly 49% were young adults ages 18 to 25, and about 85% were black, according to a report from public health experts at the Rutgers University Center for Tobacco Studies.

Civil rights groups such as the NAACP and the Center for Black Health and Equity have tried for years to convince the FDA to issue a ban on menthol cigarettes on the grounds that the industry uses “predatory” marketing tactics to hook more black Americans. Parent groups have also urged the federal government to ban all flavored tobacco products, not just menthol cigarettes, which appeal to children.

“Tobacco companies have … marketed those products aggressively to maintain a regular customer base, hidden the health dangers and reaped the profits,” Besser said. “Menthol cigarettes are perhaps the most insidious example of this business model in action.”

The FDA under former President Donald Trump set its sights on decreasing youth use of flavored tobacco products such as vape pens before the pandemic struck this time last year. Dr. Scott Gottlieb, former FDA commissioner, was a crusader for this effort, proposing such restrictions as a ban on all pod-based electronic cigarettes that come in flavors that appeal to children, a move that would have crippled industry giants such as Juul and NJoy.

The Trump administration also abandoned plans in 2019 to propose new regulations to decrease the nicotine content in cigarettes, with the goal of making tobacco less addictive. Gottlieb first introduced the proposed rule in 2017, but it was shelved when he left his post. Now, the Biden administration is reportedly considering a similar rule to limit the amount of nicotine permitted in tobacco products to near nonaddictive levels. A cap on nicotine could come next week in conjunction with a ban on menthol cigarettes, the Wall Street Journal reported this week.

Tobacco stocks took a hit following the reporting on Monday. Shares of Altria, the tobacco industry giant that owns Philip Morris USA and a 35% stake in Juul, closed down more than 6%, with another 2% in after-hours trading.

CLICK HERE TO READ MORE FROM THE WASHINGTON EXAMINER

The ban on menthol cigarettes would not apply to other tobacco products such as e-cigarettes and nicotine pouches. Any new regulations released next week by the FDA would apply solely to menthol cigarettes, but the tobacco industry is taking them as an indication of how the federal government will regulate menthol in e-cigarettes.