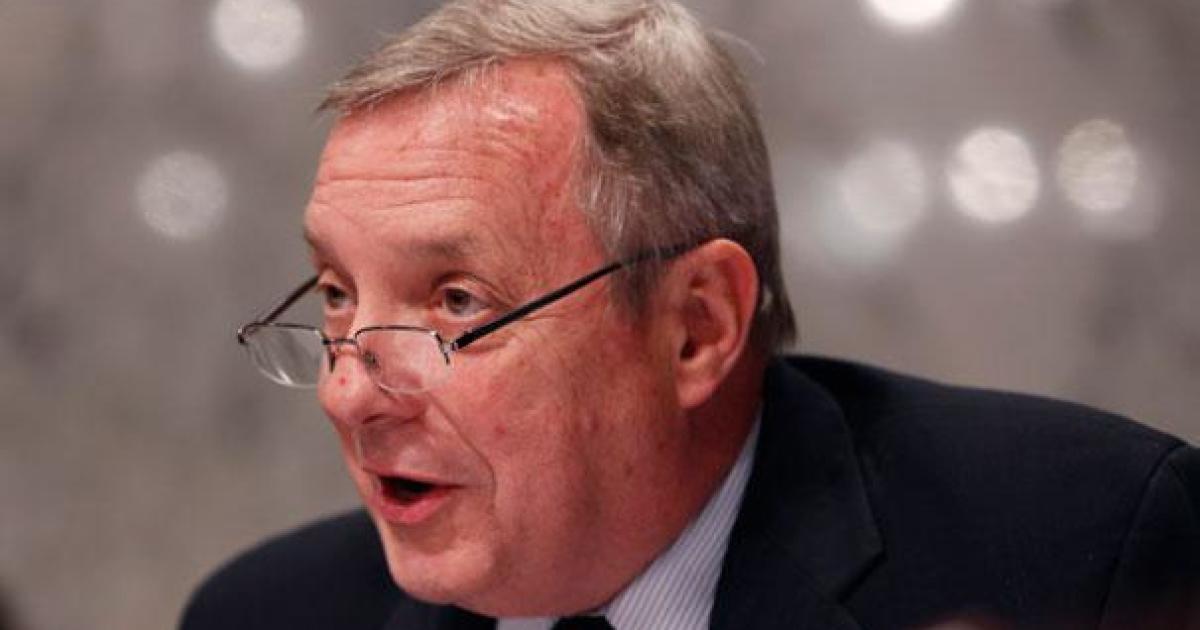 Senate Democratic Whip Dick Durbin called on Ned Sharpless, the acting head of the Food and Drug Administration, to resign if he does not ban most e-cigarettes in 10 days, following reports of a third death related to the devices.

“It is my strong belief that, if you do not take decisive action within the next 10 days, you should resign your post,” Durbin, a senator from Illinois, said in a letter sent Friday to the acting commissioner. “If you continue to refuse to do your job — which is to protect the public health — then it is time to allow someone else to take the helm.”

Sharpless, who previously ran the National Cancer Institute, took the helm at the FDA after Dr. Scott Gottlieb resigned and then left the post in April. Gottlieb had been cracking down on e-cigarette companies amid reports that teens were vaping and were attracted to flavors that mimic fruits and desserts. He also, however, tried to leave the door open to adults being able to use e-cigarettes as a way to eventually quit regular cigarettes.

One device, IQOS, from tobacco giant Philip Morris, was cleared by the FDA this year, though the agency is still weighing whether its makers can claim it is less harmful than traditional cigarettes.

Durbin’s letter came shortly after the Centers for Disease Control and Prevention said Friday that 450 more illnesses that appear linked to vaping marijuana, nicotine, or both, were under investigation. The illnesses are causing chest pain and nausea among otherwise healthy, young people. Scientists are still investigating the exact cause of the illnesses. So far, two deaths linked to the devices have been confirmed while a third is under investigation.

President Trump must select a new commissioner by November because Sharpless is only in an acting role, though he may still get appointed to the slot. The Wall Street Journal reported this week that Dr. Stephen Hahn, a senior executive and radiation oncologist at M.D. Anderson Cancer Center in Houston, is in the lead for the role.