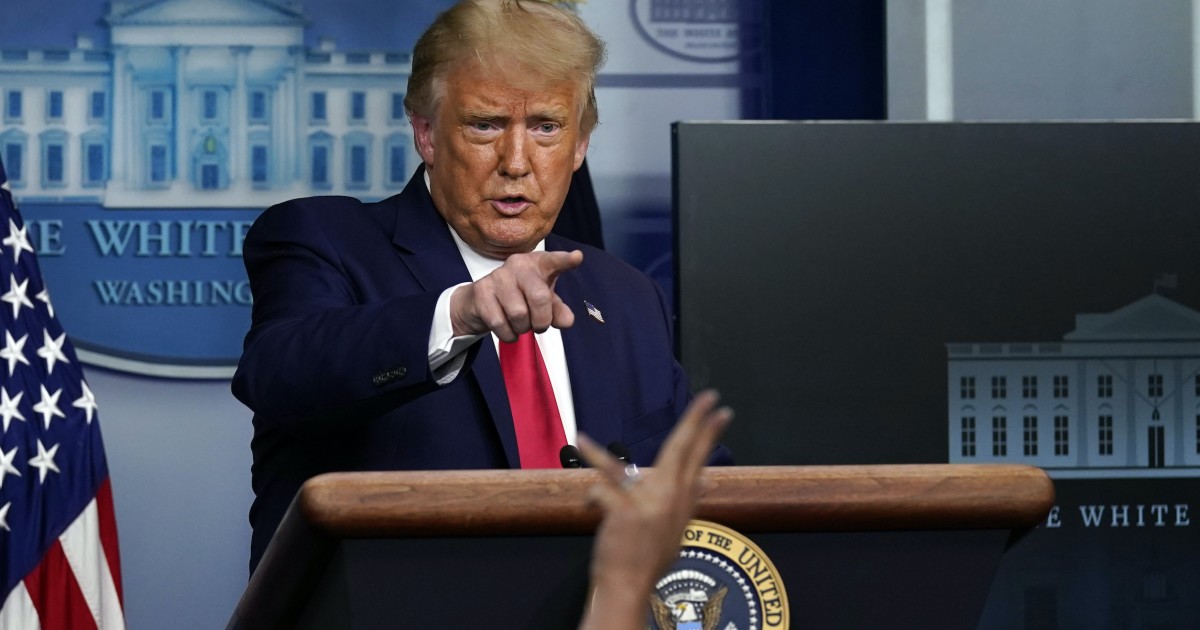 The Trump administration’s plans for a rapid vaccine rollout came into clearer focus Wednesday, sparking confusion within the administration and confrontation with Democratic nominee Joe Biden.

The Department of Health and Human Services unveiled its plans Wednesday for distributing a coronavirus vaccine, the first time the agency has made such plans public. Officials overseeing Operation Warp Speed, the White House initiative to fund research into a vaccine and treatment for COVID-19, promised that all six of the government-backed vaccine efforts would be in the final stage of trials by the end of the year, and once approved, they will be shipped out to states within 24 hours. Centers for Disease Control and Prevention Director Dr. Robert Redfield told reporters Wednesday that the goal “is to have enough COVID-19 vaccine for all people in the United States who wish to be vaccinated.”

President Trump said at a press conference Wednesday evening that the administration may begin distributing doses of the vaccine “sometime in October” or “from mid-October on.” That would be extremely early: Public health officials have said it is extremely unlikely that a vaccine would be approved before the election. Vaccine makers are also still conducting clinical trials and probably will not apply for Food and Drug Administration approval before mid-October.

Biden suggested that Trump is rushing the approval process to introduce a vaccine before the election.

“I trust vaccines. I trust scientists. But I don’t trust Donald Trump,” Biden said in a press conference on Wednesday. “At this moment, the American people can’t either.”

Read More:  Where is there malaria in belize

“I’m calling on Biden to stop promoting his anti-vaccine theories because all they’re doing is hurting the importance of what we’re doing,” Trump said. “And I know that if they were in this position, they’d be saying how wonderful it is. They’re recklessly endangering lives.”

Yet Trump also was at odds with members of his own administration Wednesday.

He contradicted Redfield after Redfield testified at a Senate Appropriations Committee hearing that the vaccine distribution process will take a long time. It may be a full year, Redfield said, until a sufficient proportion of the population is inoculated and the country can go back to pre-pandemic normal.

“If you’re asking me when is it going to be generally available to the American public so we can begin to take advantage of a vaccine to get back to our regular life, I think we’re probably looking at late second-quarter, third-quarter 2021,” Redfield said.

Redfield added that the return to normalcy may not come until spring 2021 at the earliest — possibly not until late summer of that year.

Trump said at his press briefing that Redfield “made a mistake,” adding that it’s “just incorrect information.”

“I think he got the message confused,” Trump said. He added later that “under no circumstance, will it be as late as the doctor said.”

Dr. Scott Atlas, an adviser to Trump on the pandemic response, said that all the high-priority recipients, namely at-risk people, would receive the vaccine by January and that 700 million doses would be available in the first quarter of 2021.

Until a coronavirus vaccine is approved, Redfield said in the Senate hearing Wednesday, wearing a mask is “our best defense.”

“We have clear scientific evidence [face masks] work,” Redfield told the Senate Appropriations Committee. “I might even go so far as to say that this face mask is more guaranteed to protect me against COVID than when I take a COVID vaccine.”

Trump disagreed with that statement as well, suggesting again that Redfield may have misunderstood.

Trump urged Republicans on Wednesday to “go for the much higher numbers” in stalled negotiations over another economic recovery package, undercutting their efforts to pass a more modest package. Trump also called Democrats “heartless” for refusing to cut a deal with the GOP. Democrats have, so far, refused to budge from their $ 2.2 trillion stimulus package, a price tag that Republicans said is far too high.

“We are encouraged that after months of the Senate Republicans insisting on shortchanging the massive needs of the American people, President Trump is now calling on Republicans to ‘go for the much higher numbers’ in the next coronavirus relief package,” Speaker Nancy Pelosi and Minority Leader Chuck Schumer said in a joint statement.

Michael Caputo, the top spokesman for the Department of Health and Human Services, will take a 60-day leave of absence “to focus on his health and the well-being of his family.”

Caputo, a veteran Trump campaign official who took the HHS position earlier this year, faced backlash this week after he accused government scientists of ” sedition” in a Facebook Live video. He also said in the video that there was a “resistance unit” at the CDC, a branch of HHS, that was attempting to undermine the president and that they were becoming “political animals.” He has since apologized for the outburst.

Caputo has also expressed concern about his own well-being, stating that his “mental health has definitely failed.” He stated in the video, “I don’t like being alone in Washington,” saying that “shadows on the ceiling in my apartment, there alone, shadows are so long.”

The Big Ten conference and university leaders announced Wednesday, after a unanimous vote, that the delayed football season will begin the weekend of Oct. 23. The Big Ten initially postponed its fall sports season on Aug. 11, citing concerns about coronavirus transmission. Big Ten schools will begin a daily rapid testing regiment at the end of the month. Any player who tests positive for COVID-19 will undergo “comprehensive cardiac testing,” and the earliest that player could return to the field would be 21 days later.

“The data we are going to collect from testing and the cardiac registry will provide major contributions for all 14 Big Ten institutions as they study COVID-19 and attempt to mitigate the spread of the disease among wider communities,” said Jim Borchers, the co-chairman of the medical subcommittee for the conference’s Return to Competition Task Force.