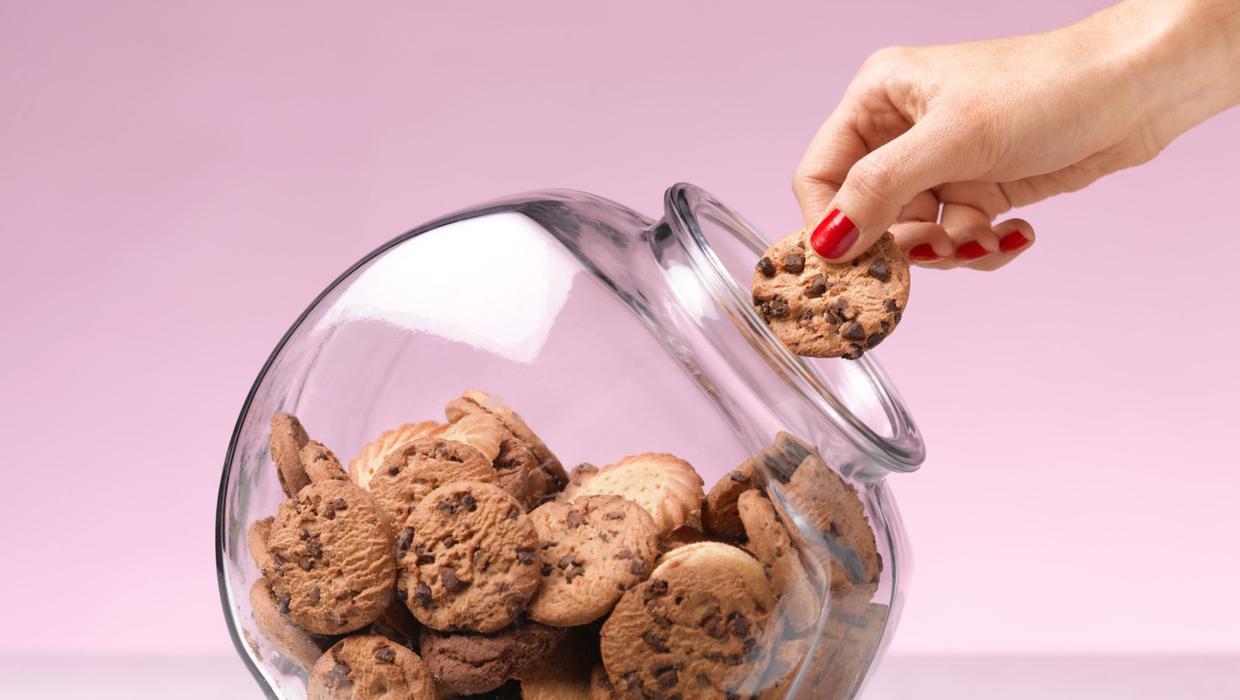 Food has been getting a great deal of focus during lockdown. Not in the usual haute cuisine, celebrity chef kind of way, but at a far more primal level.

irst, we panic-bought pasta, then we stripped the shelves of baking ingredients. We have been comforting ourselves with banana bread, and supermarket-shopping like it’s Christmas.

As a response to an anxiety-inducing global pandemic that has locked us indoors for months, this seems entirely reasonable. We are all emotional eaters at the moment, eating to numb out feelings of stress, boredom, worry, fear, resentment, and more boredom. We may emerge from this a bit fatter. The main thing is we are all still alive.

But what if you already have a disordered relationship with food? What if you were a compulsive binge eater/chronic overeater before there was ever a pandemic to contend with? As normal eaters find themselves prone to overeating at the moment, how are those with disordered eating coping?

Food addiction is highly insidious, because unlike substances such as alcohol or heroin or nicotine, it’s not something we can quit, but have to engage with several times a day, every day. We regard our relationship with food in terms of willpower and self-control; we question the very existence of food addiction.

Culturally, it’s complicated – thin good, fat bad – as we dismiss those who cannot control their eating, while traditionally venerating skinny. Even as healthy overtakes skinny in terms of the dominant beauty ideal, we still equate fat with words like greedy, lazy, stupid.

So what does the science say – is food addiction an excuse? Or is it real? In 2018, an American research paper titled What is the evidence for ‘food addiction’? examined 52 different studies, publishing its findings in the science journal Nutrients. “The results… generally support the validity of food addiction as a diagnostic construct, particularly as it relates to foods high in added sweeteners and refined ingredients. The majority of studies… reported evidence for symptoms related to neurological changes and impaired control.”

In other words, foods high in fat and sugar trigger our brain’s reward centres, resulting in what US clinical psychologist Michael Lowe termed in 2007 as ‘hedonic hunger’. This kind of hunger is described by Scientific American as “a powerful desire for food in the absence of any need for it; the yearning we experience when our stomach is full but our brain is still ravenous.” A 2010 Florida study showed how junk food high in refined sugar and fats elicited the same neurological response in lab rats as heroin and cocaine.

Hedonic hunger differs from metabolic or homeostatic hunger (that is, a physiological need for food, signified by a rumbling stomach) in that it is a craving. Brain imaging shows our neurological reward centres light up, like Pavlov’s dogs, at the mere sight of high-fat, high-sugar food, before we ever ingest it; we are hard-wired to seek out calorie-rich food as an evolutionary survival instinct. In an era of cheap abundance, this instinct no longer serves us.

By regularly overeating high-fat, high-sugar foods, our brain adapts to all the dopamine it releases by desensitising itself, which means that the overeater needs to consume even more fat/sugar to reach the same pleasure levels. And so the cycle of addiction perpetuates.

Bodywhys, the eating disorders association of Ireland, works with people who suffer from anorexia, bulimia, and binge eating. Barry Murphy, its communications officer, says that the organisation’s services have been “very busy over lockdown”.

“Four main themes have emerged,” he says. “There has been an intensification of feelings and behaviours around food, with people feeling chaotic and out of control as their normal coping routines and mechanisms are unavailable. Communication within the home can be difficult, especially if others in the household don’t understand the nature of eating disorders, which ties into further feelings of isolation.

“There have been issues around recovery and relapse, with eating disorders possibly re-emerging, and old negative thoughts resurfacing. It’s also been environmental, as the volume of cooking and baking increases, and increased commentary around weight and diet in wider society. People with eating disorders can find this difficult, as their relationship with food is more regimented, planned and controlled.”

Read More:  Coronavirus: Hugs with loved ones as PM confirms England's biggest step back to normal

Isabel (38) is a member of Addictive Eaters Anonymous (AEA). “People are struggling with overeating during lockdown,” she says. “I’ve been coming to 12 step recovery meetings for 10 years, first to stop drinking, and later for food addiction. I have been sober for three-and-a-half years – in Addictive Eaters Anonymous, sobriety refers to freedom from addictive eating and all other mind-altering substances.”

AEA began in New Zealand in 2017 and uses the 12 step model of Alcoholics Anonymous. .

According to its literature, “Many [members] have been underweight, overweight or obese; others were people of average weight…members may have used exercise and other substances to try and control their weight. Before coming to AEA, members found that they were powerless over food, and unable to stop the food obsession.”

“I was bulimic, and so went to a treatment centre,” says Isabel. “Afterwards, because I had stopped binging and purging, I thought I was fine – but my behaviour around food just changed to obsessively controlling what I ate, and over-exercising. I was not comfortable with myself and didn’t feel any peace of mind, but I didn’t know what was wrong with me because I was no longer binging and purging.

“When I began going to AEA, I was able to see that I was still ‘in’ the food. The nature of addiction is that you get delusional and can rationalise everything – even when I was bulimic and vomiting several times a day, I was still able to rationalise it. Like all addiction, food addiction is cunning. I could binge on anything, not just processed foods. I always wanted more – food was insatiable for me.

“The 12 step programme of AEA continues to help me with my abnormal thinking and behaviour with food. I have been given peace of mind and freedom from the obsession – I am not a ‘normal’ eater, so I need guidance.”

Read More:  Has your child developed a lockdown eating disorder?

Vincent McDarby, clinical health psychologist and member of the Psychological Society of Ireland, is wary of the term addiction, as it can either “stigmatise or demoralise”. He reminds us that disordered eating is a spectrum, and that currently many of us are using food as a coping mechanism.

“At the moment, with our usual avenues of pleasure and entertainment closed off, food has taken on more focus and more significance,” he says. “Low mood can be countered with the immediate pleasure of food, but once the food has been consumed, this can lead to feelings of guilt and shame, which in turn leads again to low mood.”

This is the cycle of addiction. But whether you are ready to find an online 12 step food fellowship meeting, or just want to reassess your current relationship with food, Dr McDarby says the most important thing to start with is self-compassion.

“Acknowledge to yourself that lockdown is not a normal situation, and that it’s OK to regress, to not do well in terms of food,” he says.

“It’s activation before motivation – instead of putting something off until tomorrow, remind yourself that although you don’t feel like doing it, you are going to do it anyway. That way, the action creates the motivation, and each time it gets easier. And you are far less likely to eat unhealthily while you are occupied. Grazing happens when you aren’t doing anything else, hence the importance of structure and routine.”

While booze and drugs tend to be the addiction headline grabbers, the fact remains that many of us struggle with our food in a fat and sugar saturated world. It can be a lonely place, full of self recrimination. Rather than suffering alone, reach out for help if you feel you need it.