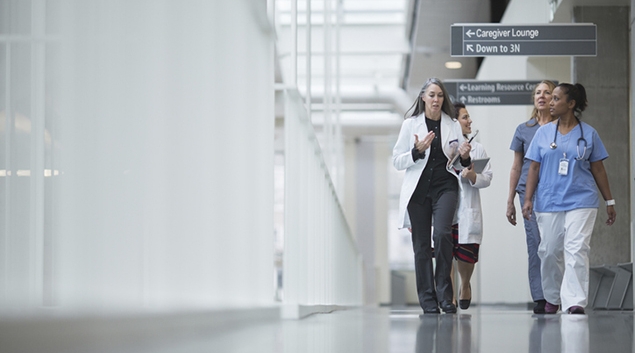 When physicians integrate with hospitals, the cost of healthcare rises even though there’s no evidence patients get better treatment, according to a new paper by experts at Rice University and Blue Cross and Blue Shield of Texas.

As hospitals gain more control over physicians, they may incentivize delivery of more services but not necessarily higher quality care, the researchers said in the paper, which appears in the Journal of General Internal Medicine.

The findings fly in the face of the initial hypothesis. Originally it was thought that tighter integration of physicians with hospitals would improve care coordination, but that hasn’t been reflected in the data.

The tightest form of integration occurs when hospitals directly employ physicians, but physicians also become integrated with hospitals when they jointly contract for services with an insurer.

In 2003, about 29% of U.S. hospitals employed physicians, a number that rose to 42% by 2012. The share of physician practices owned by hospitals rose from 14% in 2012 to 29% in 2016. Economists refer to these relationships between hospitals and physicians as vertical integration, because they represent hospitals exerting more control over physicians as an essential part of inpatient care.

The researchers analyzed all PPO insurance claims processed for care through BCBSTX from 2014 through 2016 in Texas’ four largest metropolitan areas — Dallas, Houston, San Antonio and Austin. The population in these areas totaled 18.9 million in 2017, greater than the population of 46 U.S. states. The sample included all claims for healthcare services for patients aged 19 to 64 except for prescription drugs.

To delve deeper, they examined claims to determine whether patients had visited a primary care physician and, if so, which PCP they saw most frequently. The researchers attributed roughly 500,000 to 600,000 patients to a PCP for each year and used BCBSTX contracting data to determine whether each of these physicians worked in a physician-owned practice or one that was hospital-owned. The researchers then compared the annual spending for patients treated by doctors in physician- versus hospital-owned practices.

More physicians are contracting with hospitals, but achieving physician-hospital integration can be complex.

Between 2008 and 2013, the share of hospitals with physicians on salary rose from 44 to 55 percent of all facilities. Looser forms of physician-hospital integration, such as joint contractual networks with managed care organizations, became less prevalent over that same period.

The shift toward tighter integration obfuscates the fact that many hospitals de-integrated or shifted to more loosely integrated physician-hospital relationships during that time. Although the number of hospitals reporting no integration declined by only 110 facilities between 2008 and 2013, there were 489 cases between these two years in which a hospital de-integrated.