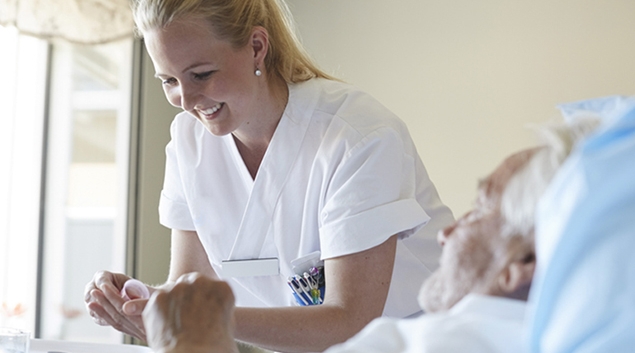 Medicaid may be the best driver for healthcare cost reductions, according to Dr. Anita Cattrell, chief innovation officer for Evolent Health, which works with provider-led Medicaid plans to coordinate medical care with social resources for housing, food and behavioral health counseling.

Cattrell co-developed Evolent’s Social Needs Index, which flags to physicians when aggregated data suggests they may need to shift conversations from medical needs to social services. The population health approach identifies patients likely to incur a specific event — like an ER visit — that can be prevented with a predetermined intervention.

Hospitals that provide the right social services are able to reduce readmissions by 30%, Cattrell said.

“We work with large hospital systems as well as payers,” Cattrell said. “It’s been interesting to see both sides of the coin, especially around the social determinants of health. The health plans and payers have a vested interest in keeping people out of hospitals.”

The larger, integrated hospital systems in particular, realize if they put money and resources beyond some of these services, they will actually reap the benefits, she said.

“I think it will reach a point where social services are part of the health system,” Cattrell said.
Evolent works in the commercial and Medicare markets, as well as Medicaid,  in about 35 areas across the U.S., in partnerships that give primary care physicians decision-support data.

Payers and providers are increasingly addressing the social determinants of health to improve outcomes and reduce costs.

Housing, food insecurity, lack of transportation, behavioral health and social isolation are issues that can cross all populations, but Medicaid serves those whose health is often most negatively impacted by the social determinants.

Many state Medicaid programs are looking at ways to address non-medical drivers of health.

In Kentucky, Evolent entered into an agreement with the Passport Health Plan that serves that state’s Medicaid population.

Federal lawmakers, for the first time, have introduced legislative action on the social determinants. In July, the House introduced the Social Determinants Accelerator Act of 2019, now in the House Committee on Energy and Commerce, to strengthen the partnership between Medicaid Managed Care Plans and community-based organizations.

The bipartisan bill would give $ 25 million in grants for the Medicaid population, such as the homeless and nursing home residents. About 20% of the funding would target rural areas.

There is no specific source of clinical data for patients who would benefit the most from social services, Cattrell said.

For housing instability, for instance, often 10 to 15 data sources from EHR records to homeless data, must be combined.

Physicians will ask patients about drinking and smoking, but tend not to inquire whether the individual has a place to live. Patients too, aren’t forthcoming with that information, Cattrell said.

Evolent extracts data from EHRs, looks at census information and sometimes partners with other vendors to provide household data to find out how many times an individual has changed addresses in the last year.

“If six or seven times, something may not be right,” Cattrell said.

Evolent built a machine learning tool for a single index score from 1-5 that indicates the severity of need. It has adopted a digital directory of social services, curated to the individual community. Providers have access to both.

In April, the Centers for Medicare and Medicaid Services began allowing Medicare Advantage plans to target supplemental social determinant of health benefits to enrollees by health condition, but a recent study shows the MA plans are making limited use of the new supplemental benefit flexibility.

Issues include cost, as the limited available funding available means eliminating previously provided benefits; and concern over investing in benefits that reach a small number of enrollees.