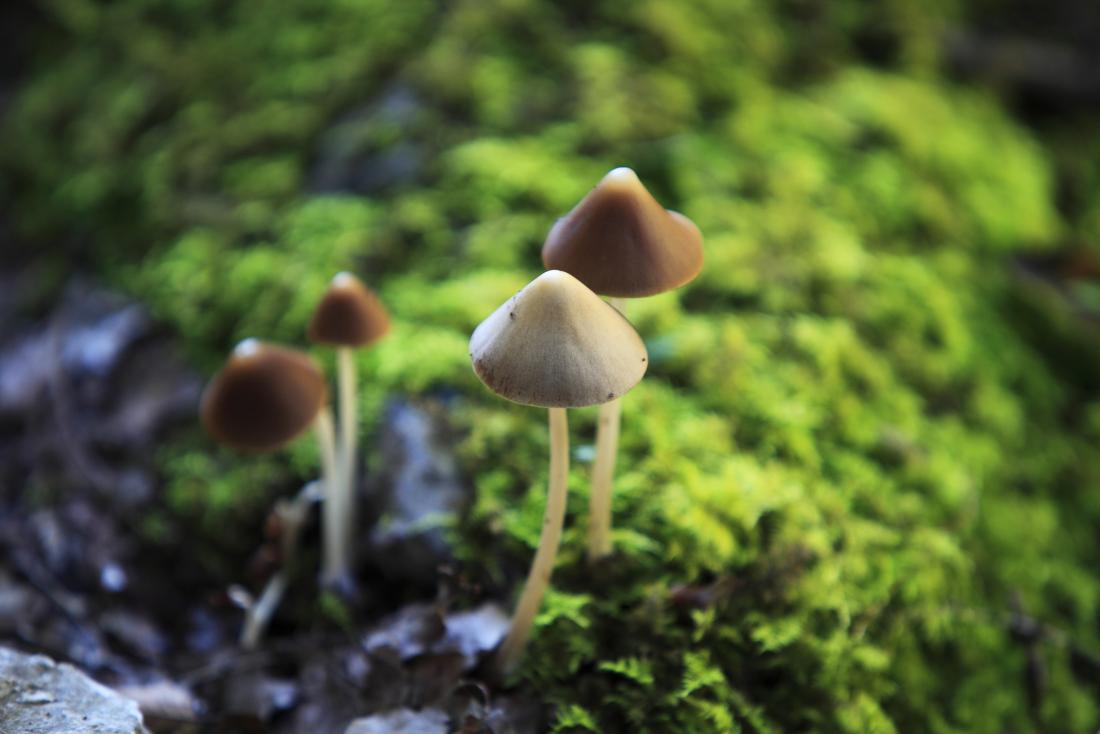 New research examines the benefits of the active compound in magic mushrooms.

The practice of microdosing — that is, taking small doses of psychedelic drugs, such as psilocybin or N,N-dimethyltryptamine (DMT), to improve mental health, well-being, or productivity — has garnered more and more attention in recent years.

Medical News Today have reported on studies that revealed benefits of magic mushrooms and Ayahuasca for treating mental health disorders, often while avoiding the side effects of more conventional treatments.

Also, the practice has garnered more popularity after prominent figures, including Steve Jobs, praised the benefits of microdosing lysergic acid diethylamide (LSD) for creativity and cognition.

But, what exactly is microdosing, and does the scientific evidence match the hype? New research, appearing in the Journal of Psychopharmacology, addresses these questions.

Professor David Nutt, who is the Edmond J. Safra Chair in Neuropsychopharmacology at Imperial College London in the United Kingdom, is the senior author of the review.

Prof. Nutt describes the motivation for the review, saying, “Despite so much interest in the subject, we still don’t have any agreed scientific consensus on what microdosing is — like what constitutes a ‘micro’ dose, how often someone would take it, and even if there may be potential health effects.”

So, to answer these questions, Prof. Nutt and team critically reviewed existing research and came up with three components that may help define microdosing:

The researchers also note that experts have defined a microdose as “approximately one-tenth to one-twentieth of a recreational dose.”

However, this depends on the nature of the substance. The researchers also caution that the frequency of microdosing can vary from a few days in a row to several weekdays and that the strength and potency of the substance often depend on its source.

Reviewing the benefits of psilocybin

The review focused on psilocybin, which is the active compound in magic mushrooms. Prof. Nutt and colleagues chose psilocybin because it is closer than other psychedelic substances to becoming a clinically approved treatment.

However, the researchers point out that even in the case of psilocybin, there are not enough controlled trials that have measured the effects of the drug against a placebo.

With regards to safety, Prof. Nutt and team emphasize that studies in humans and animals have not been sufficient to demonstrate the benefits of regularly microdosing psilocybin over a long term period.

Additionally, the researchers cite evidence that has pointed to possible cardiovascular risks.

Regarding the potential behavioral benefits of psilocybin, such as better focus and increased creativity, the reviewers conclude that the existing research has yielded mixed results.

Some early studies show that psilocybin targets receptors of serotonin, which some refer to as the “happiness neurotransmitter.” Serotonin also plays a key role in learning and memory, and the reviewers speculate that the reported benefits of microdosing for focus and mood may stem from this fact.

Emphasizing ‘the lack of scientific proof’

Finally, the researchers say that the legality of these substances continues to be the main barrier in the way of scientific testing. However, they hope that their review will spur more clinical tests.

“[R]igorous, placebo-controlled clinical studies need to be conducted with low doses of [psilocybin] to determine whether there is any evidence for the claims of microdosers,” write the reviewers.

The study’s first author, Dr. Kim Kuypers, from Maastricht University in the Netherlands, also comments on the findings, saying, “This review is timely as a lot of hope is generated by positive media reports about alleged effects of microdosing.”

“Patients might feel attracted by those reports to try it but may actually not [be] helped by it. We try to emphasize the lack of scientific proof that microdosing is indeed effective in combating certain symptoms and hope that this will give impetus to new lines of research in this area.”

“Researchers working in the area of psychedelics regularly receive requests from the media asking about microdosing,” adds Prof. Nutt.

He concludes, “We hope that this critique will provide answers to all these questions in the future as well as providing a framework for research.”