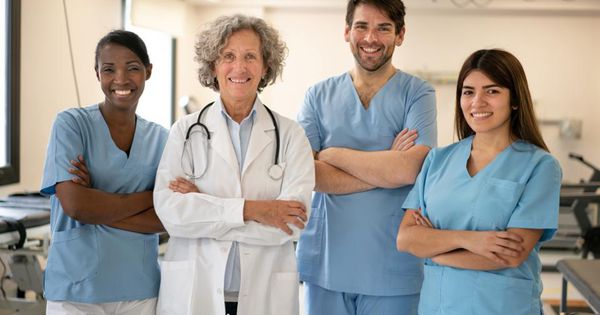 I’ve been watching the impact of the freelance revolution on the health professions, and curious to learn how physicians have responded.  And, it’s evident that medical professionals are part of the wave.  In this article, I’ll share a interesting example of surgical freelancing.

But first some context.  The choice of terms for a medical freelancer is locum tenens which literally means “place holder” (in itself an interesting statement about the historical status of freelancing in medicine).  As the American College of Physicians describes it,  “ Locum tenens positions are temporary (from a few weeks up to a year) offered by practices, hospitals, or healthcare organizations that have an unfilled clinical need. Not infrequently, the compensation rate is higher than what the permanent position would offer. Locum tenens offers physicians the opportunity to work in a practice or an area for a short period of time … without committing to long-term employment.”

But ‘times they are a changing’ as Bob Dylan wrote, and so are physician career alternatives.  Locum tenens is an increasingly legitimate alternative career orientation for many health professionals, and a valued side-hustle for others.  For example, in a recent article, I described how dental practices are increasingly combining full-time and freelance dental surgeons into a flexible, blended practice workforce.

This is a tectonic change.  In the suburbs around New York City, where I grew up, the neighborhood doctor in private practice was a ubiquitous member of the community.  But, as the data shows, U.S. News recently reported that “the number of U.S. physicians in independent practice [which is defined as a doctor who owns a majority of his or her practice and has key decision-making rights] has dropped significantly in the last several years,” falling from 57% in 2000 to a projected 33% in 2016.

Similarly, The AMA’s Physician Practice Benchmark Survey found that in 2016, fewer than half (47%) of all physicians who provide at least 20 hours of patient care per week owned their own practices. That’s down about 6 percentage points from data collected in 2012.

And, not surprisingly given these trends, more medical professionals are responding positively to the freelance revolution.  One very recent example of a startup based on this trend is NASH, the North American Specialty Hospital.   NASH is headquartered in Denver, and operates an innovative surgical practice that combines freelance surgeons, the U.S. and Mexico.

It’s a fairly long and involved back story, but it starts with advances made in  Mexico’s medical community and infrastructure, including some Mexican hospitals that have earned U.S. accreditation by the Joint International Commission.  As a result, freelance surgeons in the U.S. have begun to engage in specific elective surgeries in cross-border collaboration with their Mexican counterpart physicians.

This is actually the trifecta of opportunities: U.S. and Mexican surgeons benefit from the side hustle financially, patients get excellent care, and U.S. companies employing these patients benefit from a significantly-discounted price.

I spoke with Jim Polsfut, the CEO and co-founder of NASH, and a former GE executive about the firm’s business model, and its clearly an attractive proposition: “NASH in Cancun has all the elements: top medical facilities, experienced surgeons from the U.S. in collaboration with experienced Mexican surgeons, non-stop airline flight connectivity, and good hotels for the patients and their companions, at  significantly-reduced cost.  And, because our U.S. surgeons are from cities throughout the United States, pre- and post-operative care is offered near the patient’s hometown.  That’s a real differentiator.”

NASH makes a powerful case for elective surgeries, and the economics are compelling.  NASH is an up and coming member of the medical tourism industry.  It’s fast-growing; according to Reuters, the global medical tourism market was worth 19.7 USD billion in 2016 and will reach USD 46.6 billion by 2021.  But, like other innovators, Polsfut says it’s not always an easy sell to first movers despite the benefits.  As he put it, “Company CEOs are hesitant; they hear about the quality and savings and wonder if there’s a catch somewhere.”

While it may be a tough sell initially to companies, the value of NASH to its surgeon freelancers is clear.  Polsfut says that the side hustle helps surgeons to make up for the ever reducing payment they receive for surgeries.  Freelancing enables surgeons to recoup some of the financial ground they’re losing in the United States.  And, it’s Cancun.

What’s the prognosis for NASH and companies like it in future?  I suspect we’ll  see other organizations looking to capture the opportunity that NASH has identified.  In an earlier article about BOHG, a business that incorporates freelancing into obstetrics partnerships with smaller hospitals, I described how the medical professions is embracing freelancing.  As I wrote:

“The number of U.S. doctors working freelance is at least 48,000, according to a Staff Care survey. Some health care recruiters predict that number will double again in the decade. As a result, the professional stigma around freelance physicians has steadily declined.

“Greater physician interest in freelancing is also influenced by physician dissatisfaction with their jobs; doctors see freelancers as an alternative. Freelance doctors often earn more per hour, get to decide when and where they will work, and don’t have to wait for an insurer to approve reimbursements before they get paid.

“But freelancing doctors say their choice to freelance is about more than the money.  A key benefit of freelancing that freelance docs regularly mention is that they decide when and where they’ll work, then clock out without guilt when their shift ends.

It’s evident that freelancing – whether locum tenens or as a primary career choice – is on the rise in medicine.  Viva the freelance revolution!