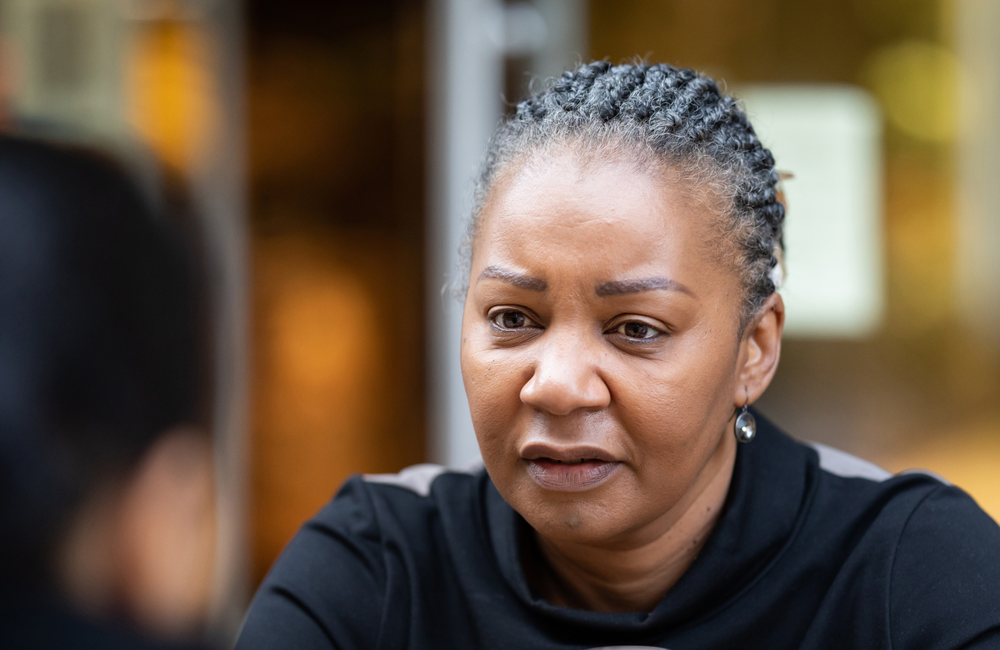 There are ethnic inequalities in mental health and socioeconomic status amongst older women living with HIV in the UK, Dr Danielle Solomon reports in Sexually Transmitted Infections. The findings show that women of Black African and Black Caribbean origin are the most likely to experience poverty, psychological distress and social isolation, but are the least likely to receive a diagnosis and support for mental health conditions

The data from the PRIME (Positive TRansItions through the Menopause) study highlighted a link between racial identity and experiences related to health and wellbeing in women aged between 45 and 60. It looked at experiences relating to education, employment and immigration status as well as socioeconomic and mental health needs. The team note the importance of collecting these data as “despite increasing recognition of the importance of quality of life, there is a paucity of research exploring psychosocial well-being among older women living with HIV.” This is the largest study to date on psychosocial factors in older women living with HIV in England.

Women make up a third of people living with HIV in the UK, with two thirds of them being from racially minoritised communities. The disproportionate effects of the COVID-19 pandemic and the Black Lives Matter movement has reinforced the need for urgent action relating to health inequalities affecting racialised communities in the UK. The authors say the current events have resulted in an environment in which the “pervasive and pernicious effects of racism” are more widely recognised.  Whilst the impact of poor mental health on clinical outcomes is clear, there is still a need for robust data that explores the links between being racially minoritised and the impact on mental health.

A study design in which patients receive routine clinical care and researchers record the outcome. Observational studies can provide useful information but are considered less reliable than experimental studies such as randomised controlled trials. Some examples of observational studies are cohort studies and case-control studies.

Social attitudes that suggest that having a particular illness or being in a particular situation is something to be ashamed of. Stigma can be questioned and challenged.

A clinical trial which aims to demonstrate that a new treatment is no better or worse than an existing treatment. While the two drugs may have similar results in terms of virological response, the new drug may have fewer side-effects, be cheaper or have other advantages.

The study of the way people think, behave and interact. Psychological therapies are based on talking and working with people to understand the causes of mental health problems and develop strategies to deal with them. Psychologists have specialist training but are not medical doctors.

The concept of intersectionality (an analytic framework that seeks to understand how multiple social categories combine and intersect to shape experience and disadvantage) theoretically informed the study. The researchers used this to explore how gender, age, ethnicity and HIV status intersect to impact women’s lives.

PRIME was a mixed-methods observational study which explored the impact of the menopause on women living with HIV. By doing a secondary analysis on the cross-sectional data of 724 women who took part in the second phase of the study, the team was able to explore associations between psychological symptoms and ethnicity. 72% of the women included were Black African.

To measure the symptoms of psychological distress, the team used The Patient Health Questionnaire 4 Screening Tool, while social isolation was measured using the Duke-UNC Functional Support Scale. The authors note that they lacked data on key variables such as HIV stigma, racism and income which would have played a significant role.

Although 65% of the women involved had an educational background equivalent to ‘A-level’ or above, nearly a third of women were unemployed. Black African women in the cohort were almost twice as likely to have a university education as White British women, yet no more likely to be employed. In total, 40% of women reported not having enough income to meet their basic needs either most or all of the time. Black African and Black Caribbean women were the most likely to be living below the poverty line.

The poor outcomes for Black African and Caribbean women and a high prevalence of poverty, social isolation and poor mental health are an indicator that there is a lack of intersectional, holistic provision for this cohort that adequately addresses their needs. The findings highlight the necessity for psychosocial support as a routine part of care for older women living with HIV that addresses the challenges so widely experienced. The authors state that medical care “requires awareness of the psychosocial needs of older women living with HIV, which may be more pronounced in racially minoritised communities, and prompt referral for support including psychology, peer support and advice about benefits.”

Read More:  All Of The Holistic Health And Fitness Benefits Regarding Static Yoga Exercises Posted By : Corey Andalus