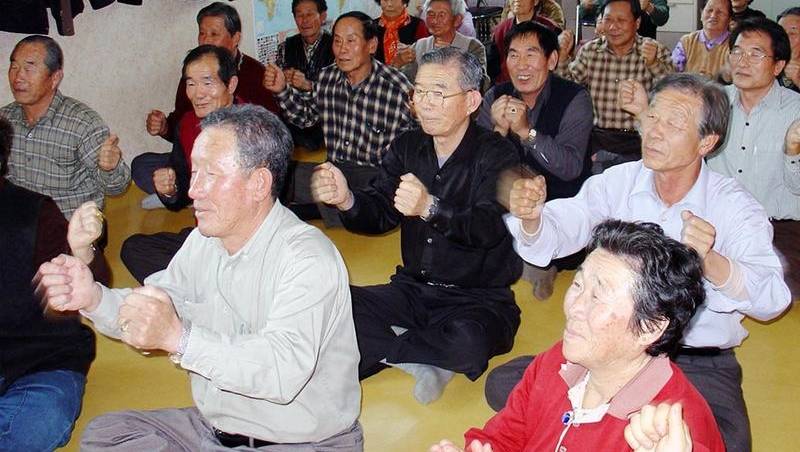 Older people should up their exercise levels once they hit 60 to help cut their risk of heart attack and stroke, new research suggests.

People who started exercising after being continuously inactive had a reduced risk of cardiovascular disease of up to 11 per cent compared with those who stayed sedentary, a study of more than a million elderly people found.

Those who eased off as they got older were up to 27 per cent more likely to develop heart and blood vessel problems.

The researchers in South Korea said their findings were evident even in people with disabilities and chronic conditions such as high blood pressure and type 2 diabetes.

They said doctors should prescribe physical activity for older patients as a preventative measure.

“The most important message from this research is that older adults should increase or maintain their exercise frequency to prevent cardiovascular disease,” said Kyuwoong Kim, a PhD student at Seoul National University Graduate School Department of Biomedical Sciences in Seoul.

He said while older adults found it difficult to engage in regular physical activity as they age, their research suggested it is “necessary to be more physically active for cardiovascular health”.

“This is also true for people with disabilities and chronic health conditions. We believe that community-based programmes to encourage physical activity among older adults should be promoted by governments.”

Kim said from a clinical perspective, physicians should ‘prescribe’ physical activity along with other recommended medical treatments for people with a high risk of cardiovascular disease.

At each check, they were asked about their physical activity and lifestyle, and researchers calculated how much moderate and vigorous exercise they were doing each week and how levels changed between the two checks.

They then collected data on heart disease and strokes from January 2013 to December 2016, identifying 114,856 cases.

The researchers found that 22 per cent of those inactive at the first check had increased their physical activity by the time of the second.

Those who went from nothing to being moderately or physically active three to four times a week had a reduced risk of cardiovascular problems of 11 per cent.

And just over half (54 per cent) of people who had been exercising five or more times a week at the time of the first screening had become inactive by the time of the second.

These people were found to have a 27 per cent increased risk of cardiovascular problems.

When looking at people with disabilities and chronic conditions, they found that those who switched from being inactive to being moderately or vigorously active three to four times a week also reduced their risk of cardiovascular problems.

The authors said they cannot be certain if the findings will apply outside of the Korean population due to differences in ethnicity and lifestyle, while they did not have information on other types of physical activity, such as housework.

The study is published in the European Heart Journal.