In general, when trying to lose weight, it is best to reduce or avoid foods that are calorie dense. However, the number of calories in a food is not the only factor to consider.

For example, low-calorie foods that lack nutrients such as fiber and protein can still leave a person feeling hungry and unsatisfied, which can make it harder to resist snacking.

In this article, we discuss 14 different types of food to avoid eating when trying to lose weight. 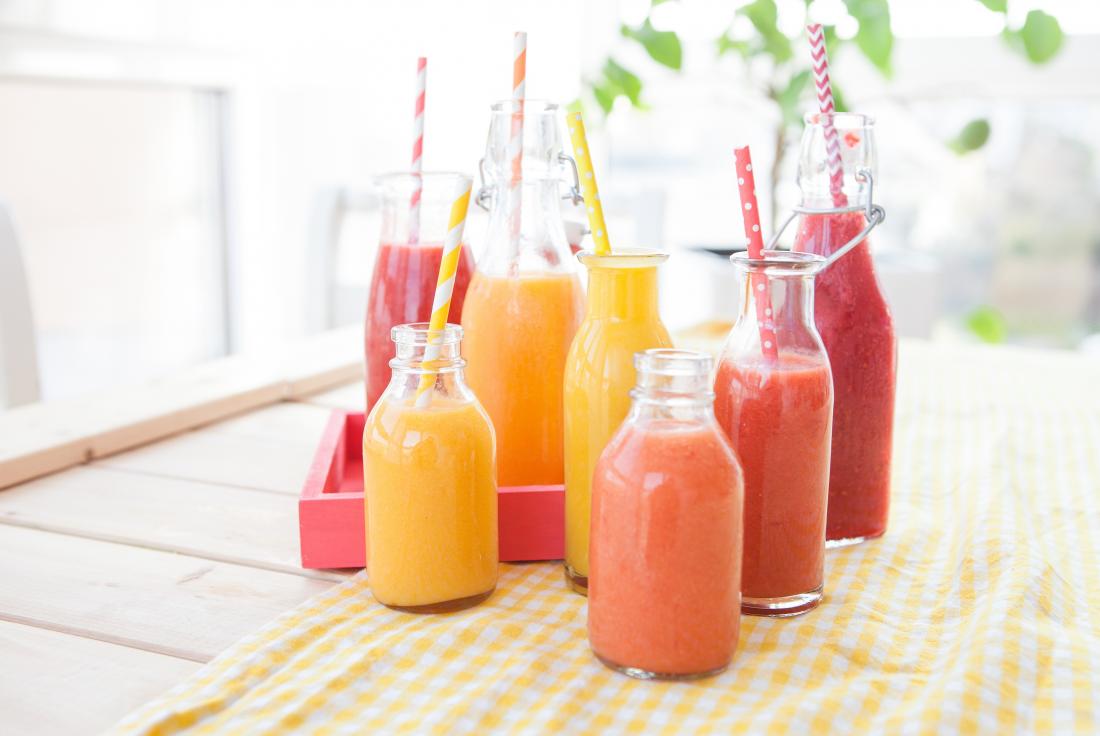 Many beverages, such as sodas, sports drinks, and fruit juices, are very high in added sugars but often low in other nutrients. Consuming these beverages adds calories to the diet but does not help a person feel full.

The 2015–2020 Dietary Guidelines for Americans recommend that people limit calories from added sugars to no more than 10 percent of their total daily intake, which is around 12 teaspoons for a 2,000-calorie diet.

These Dietary Guidelines also state that the average person in the United States consumes around 17 teaspoons of added sugar a day. Almost half of this sugar comes from drinks, including sweetened teas and coffees.

A 2015 study found an association between consuming sugar-sweetened beverages and excess weight gain in children and adolescents.

Baked foods, such as cookies, pastries, and many premade desserts, are often very high in added sugars, including fructose.

A 2015 study found that participants who ingested fructose experienced greater hunger and desire for food than those who ingested glucose, another type of sugar.

Many baked foods also contain trans fats. The results of a 2016 study in mice suggest that a diet high in trans fats may increase the risk of obesity.

According to the Food and Drug Administration (FDA), partially hydrogenated oils (PHOs) are the primary source of trans fats in processed foods. The FDA also state that “removing PHOs from processed foods could prevent thousands of heart attacks and deaths each year.”

Many restaurants cook their fries in a deep fryer to give them a crispy texture, but this cooking method adds a significant amount of fat and calories. Despite this, because they lack fiber and protein, French fries do not help a person feel full for very long.

When eating out, people looking to lose weight should select a salad, fresh fruit, or a pickle as a side instead of fries.

Hamburgers from restaurants, especially fast-food establishments, are often high in fat and calories.

A 14-year study from 2013 investigated the consumption of restaurant foods in 19,479 young African-American women. The researchers reported that participants who ate restaurant burgers at least twice a week had a higher risk of obesity than those who ate them on fewer than five occasions per year.

Lean, ground beef can be part of a healthful diet if a person cooks it at home without added fats or oils. An occasional homemade burger can be a good source of protein, iron, and some B vitamins.

When trying to lose weight, it is best to avoid hamburgers and fried foods when eating out. More healthful alternatives can include grilled chicken, fish, or salads with grilled meat. 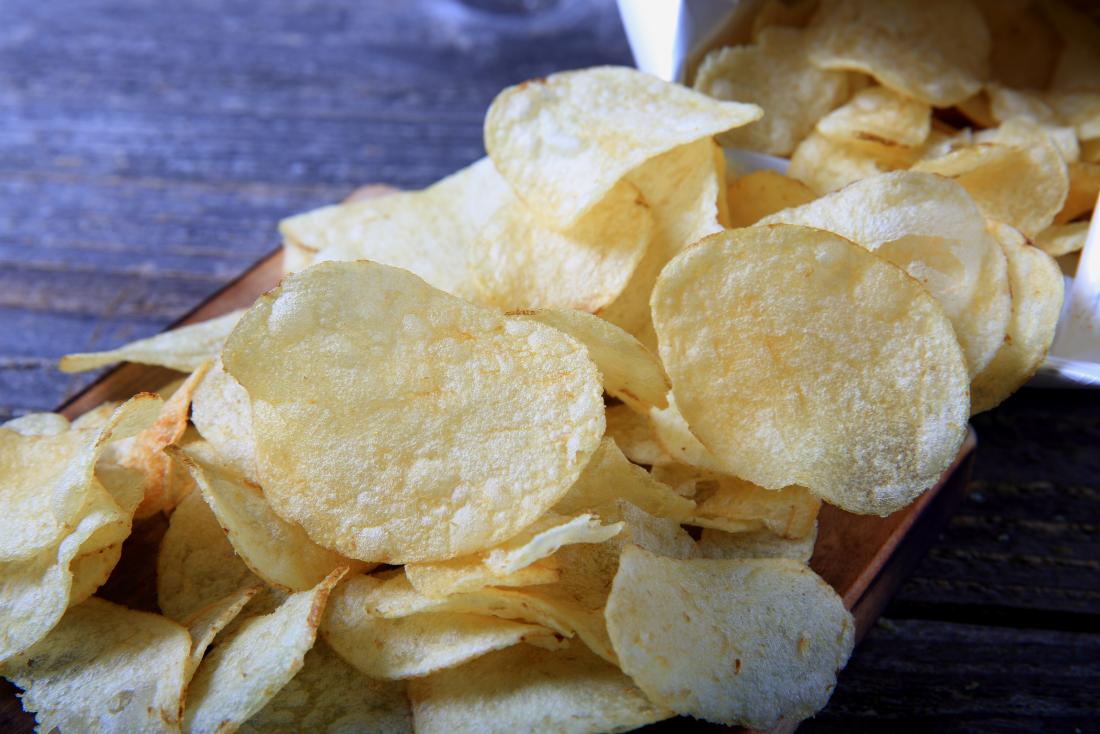 Crackers and chips are often high in calories and may also contain added fats, salts, and sugar.

Crackers and chips are types of processed food. A 2015 study in Brazil found a positive correlation between the consumption of “ultra-processed foods” and obesity.

More healthful snacking options include raw carrots or celery with hummus or a small portion of toasted nuts with no added salt or sugar.

White pasta or bread that people make using refined wheat flour is typically high in calories and carbohydrates but low in fiber, protein, and other nutrients.

Whole-grain varieties of pasta and bread are readily available. These generally contain more fiber and nutrients than white varieties, which can make them more filling and healthful.

Read More:  How to Determine the Measurements of Your Glasses

The ingredients label should list a whole-grain flour as the main type of flour. Some examples include whole-wheat flour, brown rice flour, and whole-rye flour.

A 2016 study in Iran identified a link between white rice consumption and obesity in female adolescents. White rice also has a high glycemic index, which means that it can cause a spike in a person’s blood sugar levels after they eat it.

Brown rice, quinoa, and cauliflower rice are healthful alternatives to white rice. These options are richer in dietary fiber, which can help a person feel fuller for longer.

Although energy and granola bars are often rich in fiber and protein, they can sometimes contain as much sugar as a candy bar.

Fresh fruits contain fiber and beneficial nutrients and are generally low in calories. Dried fruits, however, can be more calorie dense.

As they contain much less water, dried fruits are a concentrated source of fructose. As a result, gram for gram, dried fruit contains more calories and sugar than fresh fruit.

However, dried fruits still contain fiber and nutrients, making them a better sweet snack option than cookies or candies.

People who are trying to lose weight can still enjoy dried fruits in moderation, but it is important to check that they do not contain added sugar. Some “candied” or “sweetened” dried fruits may contain as much sugar as a candy bar. 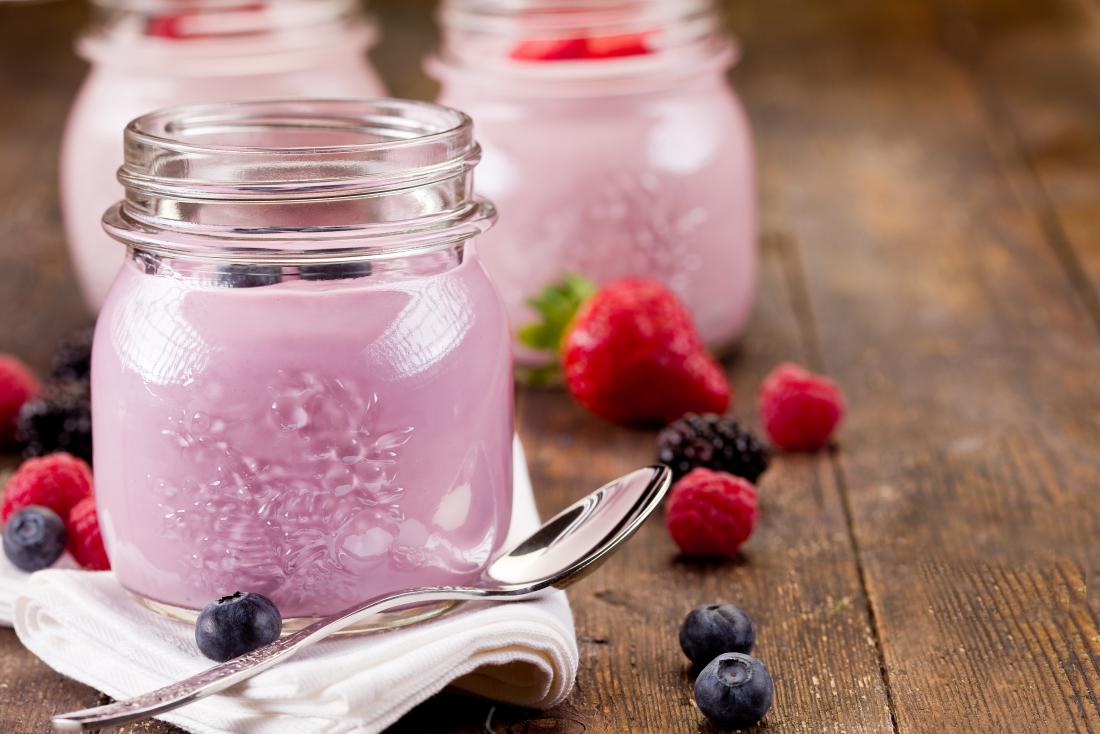 Many yogurts promoted as being low-fat have high sugar contents.

Many people consider yogurt to be a healthful food for weight loss. Greek yogurt, in particular, contains protein, and the bacterial cultures in yogurt may aid digestion. However, with so many different types of yogurt available, it is important to read the nutrition labels.

It is best to avoid sugar- or honey-sweetened yogurts. Fat-free yogurts are especially likely to contain added sugars.

Look for Greek yogurt without added sugar and sprinkle fresh berries on the top for flavor.

Ice cream is a high-sugar, high-calorie dessert that offers very little protein and no fiber. It is also easy to exceed the recommended portion size of ice cream, which is usually half a cup.

Consider frozen fruit for an alternative cold and sweet treat. Or, blend Greek yogurt with fresh fruit and freeze the mixture in popsicle molds for a homemade frozen treat.

Processed meat includes meat that manufacturers have either:

Examples of processed meats include bacon, jerky, hot dogs, salami, and ham. These types of meat are often high in salt and low in nutrients. They also tend to be calorie-dense compared with lean protein sources, such as poultry, fish, and beans.

The International Agency for Research on Cancer (IARC) class processed meat as a carcinogen, which means that it can cause cancer.

Alcoholic beverages are calorie dense and generally high in sugar, but they contain little or no protein and fiber. According to the National Institute on Alcohol Abuse and Alcoholism:

People who are trying to lose weight can still enjoy the occasional alcoholic beverage if they wish. However, it is best to drink alcohol in moderation. The 2015–2020 Dietary Guidelines for Americans recommend no more than one alcoholic drink per day for females and a maximum of two per day for males.

Candy bars are generally unhealthful due to their high calorie, sugar, and fat content.

However, a person trying to lose weight can still enjoy chocolate in moderation. It is usually best to choose one or two small pieces of dark chocolate with a minimum of 70 percent cocoa. Dark chocolate typically contains less sugar than milk or white chocolate varieties.

When trying to lose weight or maintain a healthful weight, it is important to choose the right foods and to avoid those that are calorie-dense but low in fiber, protein, and other healthful nutrients.

People who are unable to achieve a healthful weight through diet and exercise may wish to consider speaking to a doctor or dietician.