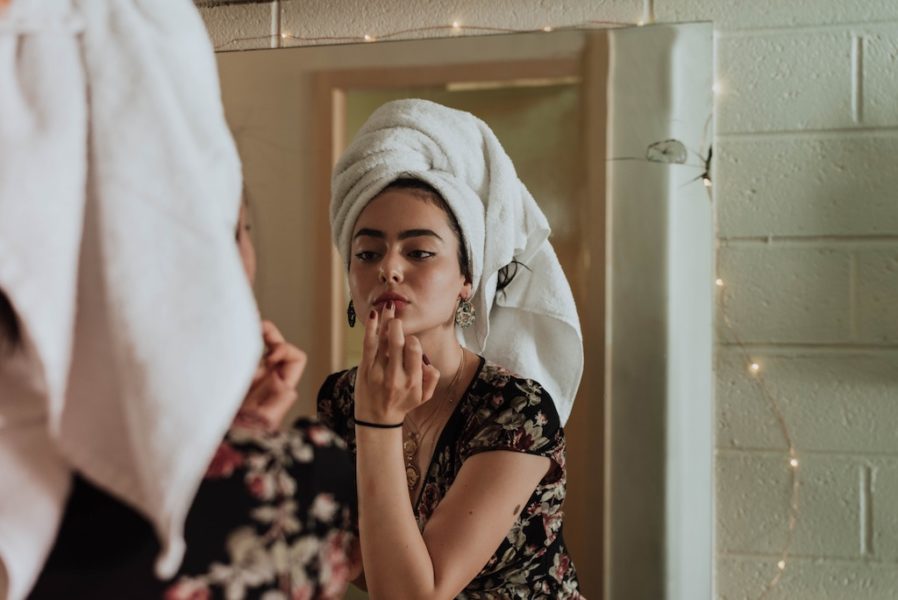 As someone who’s had cystic acne since age 12, it was a bitter, disappointing lesson to learn that it wouldn’t disappear as soon as I aged out of my teens. The fun part of my early twenties was overshadowed by the fact that I spent years trying to cure my stubborn red spots that were a result of my acne. I tried time and time again to get rid of my acne, but nothing seemed to work.

Here’s just a sampling of some of the acne-curing strategies I’ve tried at various points in my life: cutting out dairy, sugar, and alcohol, Differin, every antibiotic under the sun, putting positive thoughts out into the universe, sheet masks, oil cleansing, not wearing any makeup, vitamin D supplements, iron supplements, sleeping with my hair up, changing my pillow slipcase constantly, and drinking gallons of water.

It wasn’t until my dermatologist prescribed Spironolactone, a blood pressure-lowering med that’s also used off-label to treat hormonal acne, that I looked in the mirror one morning and saw a clear, blemish-free face staring back at me. Now, I deal with occasional zits, but they’re much fewer and farther between than they used to be. All that said, I recently had to go off Spiro for health reasons – I’m crossing my fingers that my zits are gone for good.

I know I’m definitely not the only one who understands the frustration of dealing with stubborn acne. In fact, adult acne in women is so common that last year, the New York Times wrote that it had reached “epidemic proportions.” Making things more frustrating is that some evidence suggests Latinas are actually more susceptible to adult acne than women of other ethnicities, according to Cosmopolitan. The culprit, according to New York dermatologist Dennis Gross, is our genes. He told Cosmo in 2013 that the same genes that make us “less sensitive to sun exposure and sun damage” also make our skin more oily and prone to breakouts. Womp, womp.

All this is to say that if you’ve struggled with acne, you’re far from alone! Below, three Latinas share what finally cured their acne for good. Don’t forget to take notes.

Read More:  Why Am I Binge Eating? 5 of the Most Common Causes