We believe Aamna Sharif who is one of the most sought after faces on television is also a certified style cynosure and a style chameleon. While she does contemporary and ethnic styles in equal measures, the latter delights more for its versatility. Not a trend hound but someone who has clearly figured out styles with respect to prints, hues, silhouettes and cuts for herself, Aamna repeats these moments with still a refreshing vibe. For instance, Aamna has clearly showcased her love for florals before. This time around, she picked up a red floral caped lehenga set from the homegrown label, Saundh. But what really upped the look were the thick, textured waves that lent her vibe a beautiful in the wild kind touch.

With a following of 1.1M on the gram, Aamna’s fashion influence is undisputed. Here’s a closer look. Aamna Sharif Is Giving the Royal Blue a Royal Ethnic Elegance!

A carvan scarlet red lehenga with a sleeveless blouse paired with a cape jacket worth Rs.19,995 was from label Saundh. Wild wavy hair with centre parting, nude matte pink lips and gold-toned jhumkas completed her look. Aamna Sharif Is Channelling That Sublime Lucknowi Charm in a Thrifty Chikankari Suit! 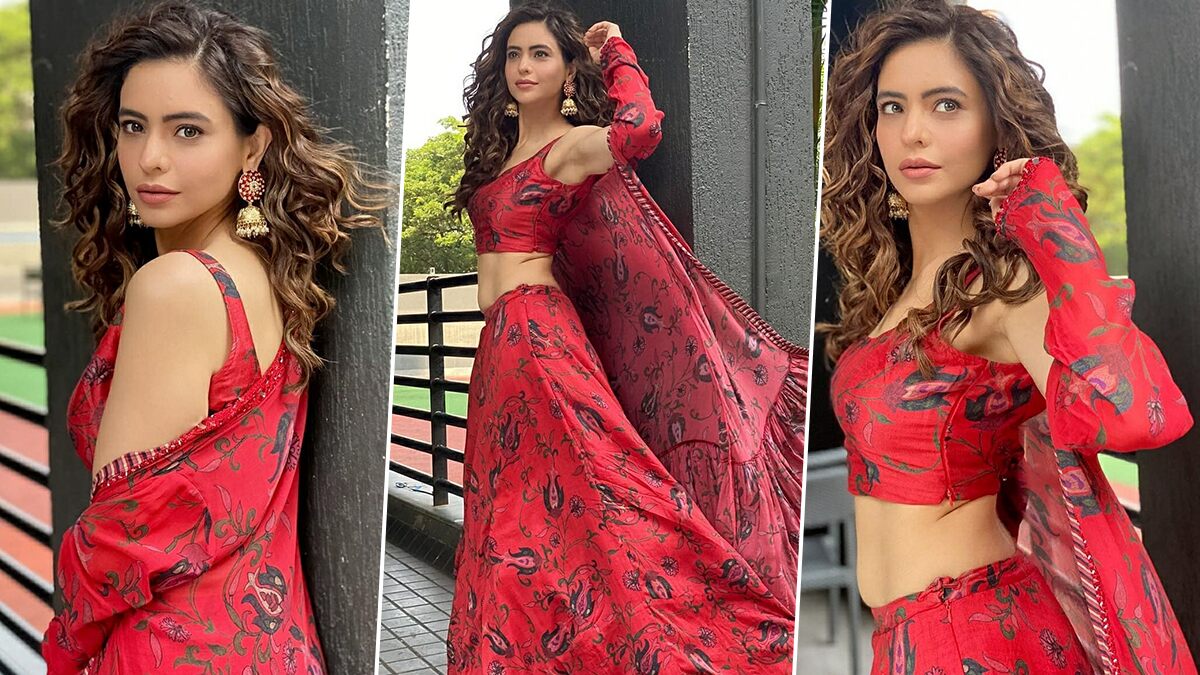 On the professional front, Aamna features as Komolika Chaubey Basu in Kasautii Zindagii Kay. She will be seen in Roohi Afza, a comedy horror film directed by Hardik Mehta and produced by Dinesh Vijan featuring alongside Rajkummar Rao, Janhvi Kapoor and Varun Sharma.

(The above story first appeared on LatestLY on Oct 30, 2020 09:30 AM IST. For more news and updates on politics, world, sports, entertainment and lifestyle, log on to our website latestly.com).

Read More:  Is THIS the best way to get fit? 9 benefits of strength training