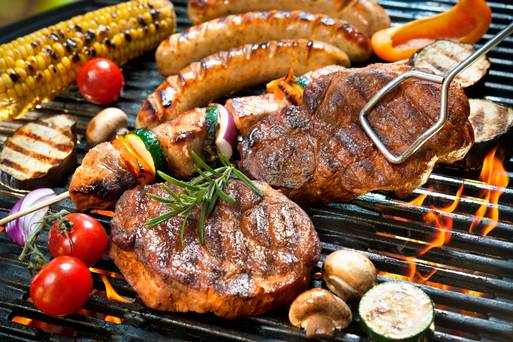 Scientists found that mice fed the high-fat, low-carbohydrate diet, were better able to combat the virus than those fed food high in carbohydrates.

The Yale University study suggests the ketogenic diet, which includes meat, fish, poultry, and non-starchy vegetables for people, activates a subset of T cells in the lungs not previously associated with the immune system’s response to influenza.

Researchers found that the cells enhanced mucus production from airway cells that can effectively trap the virus.

Mice that had been fed a ketogenic diet for seven days before infection were protected from body weight loss and had improved survival relative to mice on a normal chow diet.

In addition, they were able to better maintain blood oxygen saturation, suggesting improved gas exchange as compared with chow-fed mice, according to the paper published in ‘Science Immunology’.

The animals were randomised to indicated diet groups for one week before infection, and were subsequently monitored for clinical signs of disease and euthanised to assess the immune response.

Co-senior author Visha Deep Dixit, the Waldemar Von Zedtwitz professor of comparative medicine and of immunobiology, said: “This study shows that the way the body burns fat to produce ketone bodies from the food we eat can fuel the immune system to fight flu infection.”

Dr Jenna Macciochi, lecturer in immunology, University of Sussex, said: “Though this study further adds to the growing scientific literature that dietary manipulation of the three macronutrients – protein/carbs/fats – represents a novel avenue to treat inflammatory conditions, it’s too early to speculate on what this may look like for humans.

“Since 2016 it has been known that there may be a thread of scientific truth to the old adage ‘feed a cold, starve a fever’, and this study adds support, opening up the possibility of keto diets for treatment not only of flu but other conditions where inflammation can cause us collateral damage.”